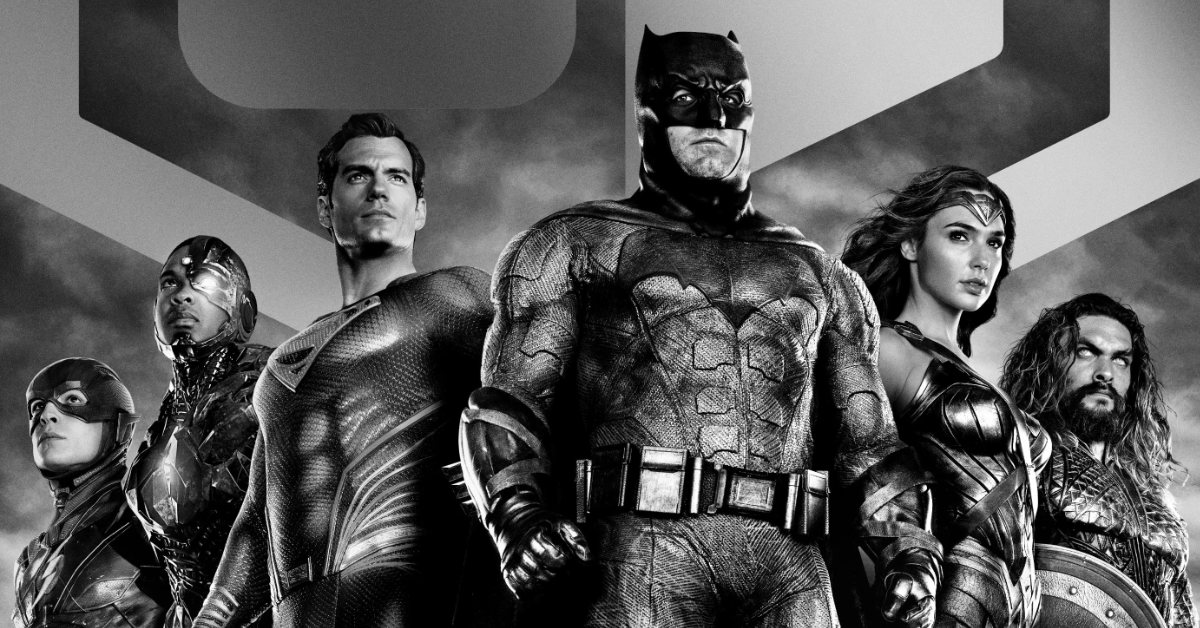 Zack Snyder seems to hint at a theatrical release for his Justice League. Prior to Warner Bros.’ merger with Discovery, this would’ve been unlikely. However, Warner Bros. Discovery has a new sheriff in town with CEO David Zaslav.

This isn’t your parents’ Warner Bros.

The changes are also due to the influence of the studio mandates.

Whedon’s version of Justice League came out in 2017 with mixed to poor reactions from critics and audiences. After the movie’s failure, some people behind the 2017 still did not support the DC universe of Zack Snyder. 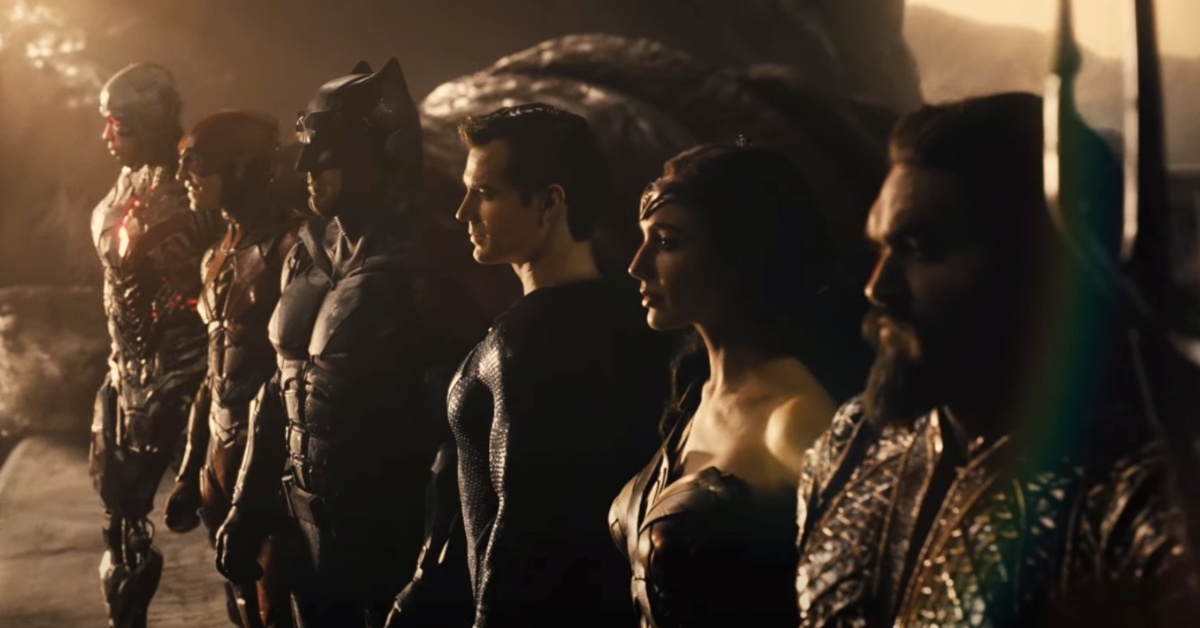 However, fans adamantly wanted to see Zack Snyder’s version. People dubbed it The Snyder Cut. And even the cast wanted it released. Aquaman star Jason Momoa said to MTV News that he saw a version of it and said:

I have seen it. I have seen The Snyder Cut, so… think the public needs to see it. I’m obviously indebted to Warners and DC, and I don’t know how they feel about it. As a fan, I’m very, very happy that I got to see it.

This gave people hope and people rallied to see The Snyder Cut. Years later, HBO Max gave Zack Snyder the go signal to show the movie exclusively on their streaming service. Zack Snyder kept the movie’s IMAX format as he envisions it as the best way to showcase his characters.

It had a length of four hours compared to the theatrical version of two. People generally agreed it was a better version than the one in 2017.

A few days after the big merger Warner Bros and Discovery became official,  Zack Snyder poked at his fans’ fancy. There, he posted a picture of reels of his Justice League on Vero and said:

Doing the print check of my 35mm archival prints of Justice League it’s so cool to see projected. #ZSJL

Perhaps Zack Snyder is simply archiving his work and felt like sharing it for no reason.

Is this a tease of some sort?

Zack Snyder has been sending clues of the possibility for his Justice League to return. In 2021, he showed two things: The Batmobile with the green color of the Northern Lights. Is this a sign of Green Lantern? Another item is his Thanksgiving turkey. In that picture, he had a few comic books on display but Final Crisis stood out the most. 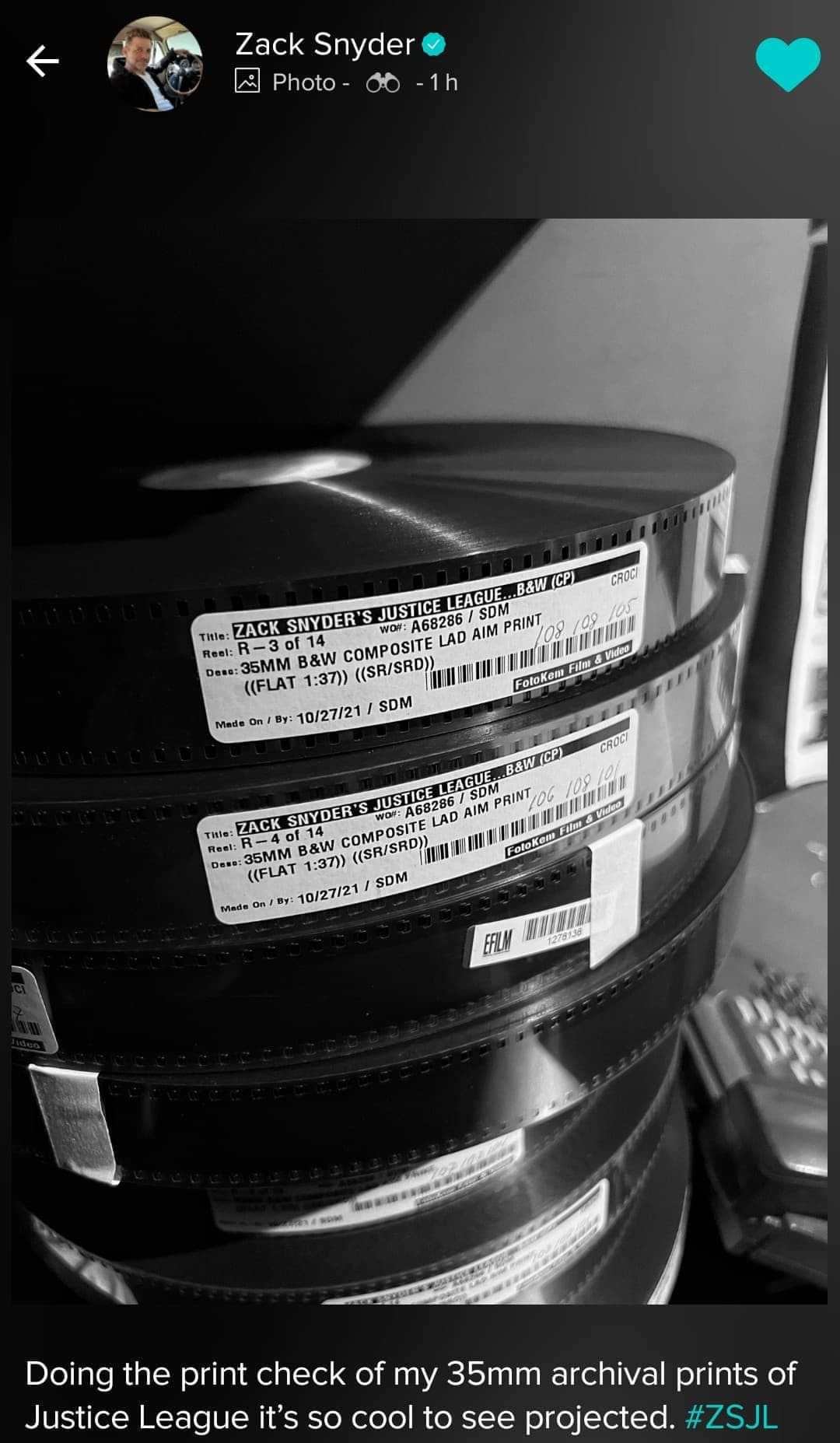 It is a comic book that featured Darkseid. Consequently, Darkseid is the main villain of his Justice League. It was designed to be a series of movies.

There was a time when a fan asked if it’s time to lose hope in seeing the Snyder DC films. Zack Snyder just answered “never.”

Just this March 2022, Zack Snyder shared another important image. Where he actually shot a scene with Green Lantern, played by Wayne T. Carr. The scene itself is in The Snyder Cut, but it was replaced by Martian Manhunter instead of Green Lantern.

It seems like a theatrical release of the film is being planned on. Now that the merger of Warner Bros. and Discovery is in place, the only question is when and how? Will they split it into two parts? Sitting through four hours in theaters will be exhausting.

If Zack Snyder’s Justice League will have a theatrical release, I think the film will be in a limited run. This is because the movie is already in home media. Furthermore, it’s still highly accessible through HBO Max or HBO Go in other countries. Still, seeing it on IMAX will be the way Zack Snyder wants his Justice League to be seen. In full glory.