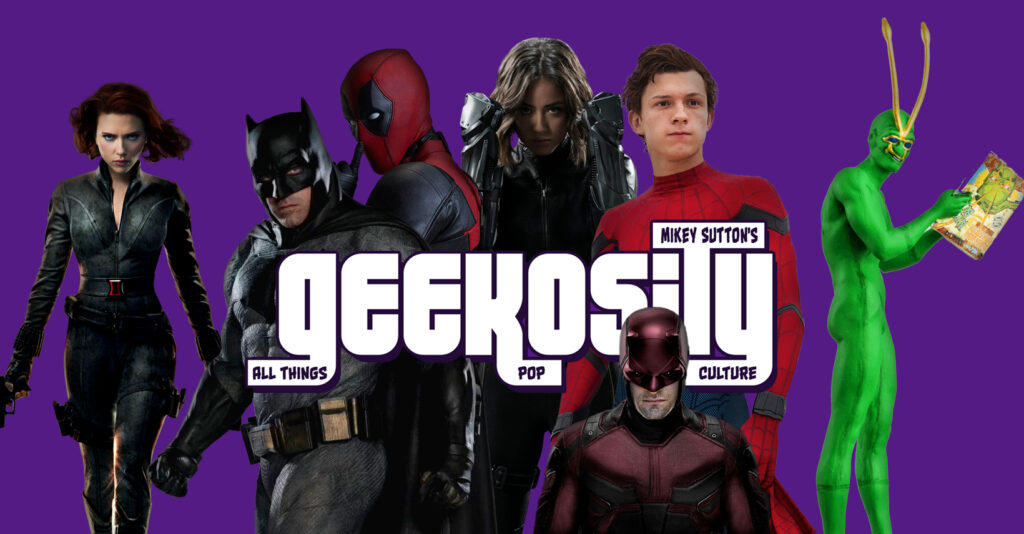 Geekosity is a pop-culture online and soon-to-be print magazine with writers and editors based worldwide in the U.S., the Philippines, Canada, England, Italy, Spain, and the Netherlands. Focusing on comic-book films and TV shows, Geekosity nevertheless explores all forms of entertainment – music, sports, toys – from various countries with a positive vision and open-minded attitude minus the politics and name-calling. Geekosity embraces the past, present, and future of nerd interests.

Questions? Business inquiries? Have some intel?

Who is Mikey Sutton?

Mikey Sutton is a two-time winner of the Washington Press Association Awards and a professional journalist since 1987. Sutton made his print debut in the legendary GMA Record Guide in 1987 in the Philippines’ MovieFLASH magazine.

His U.S. debut arrived in Amazing Heroes in 1990, reviewing comics from rising stars such as Neil Gaiman and Grant Morrison. He quickly escalated in the writing field, eventually working for magazines such as Cinefantastique, Tower Records’ Pulse!, and Fantazia, for whom he had the first review of Terminator 2: Judgment Day in the U.K. As the Internet exploded, Sutton was hired by the All-Music Guide in 2001 and wrote more than 500 articles for them in a five-year span.

Sutton’s reviews have been in published in two books, the All-Music Guide to Rock, Vol. 5 in 2002 and Scouse Pop in 2018. Half-Filipino, Sutton has stayed close to his roots. In 2002, Sutton became the first A&R rep to sign a Manila-based rock band, the Pin-Up Girls, to a U.S. record label and then co-releasing their second full-length album, All Seats Are Taken, with Sony Music.

Three years later, he resurrected the beloved Philippine-based New Wave radio station WXB 102 as an online channel with the original DJs broadcasting live. Sutton is generally considered among the most well-known movie scoopers.

His accurate reports have included both Sony-Marvel Studios deals for Spider-Man, the second of which shot him to global prominence; Black Panther and Spider-Man in Civil War; Benedict Cumberbatch and Brie Larson in the MCU; the Fox-Disney deal; and the Snyder Cut on HBO Max. Sutton has been written about in Rolling Stone; NME; the Daily Mail; Yahoo! News; and CBR. His leaks have been regularly featured on various YouTube channels with millions of subscribers.