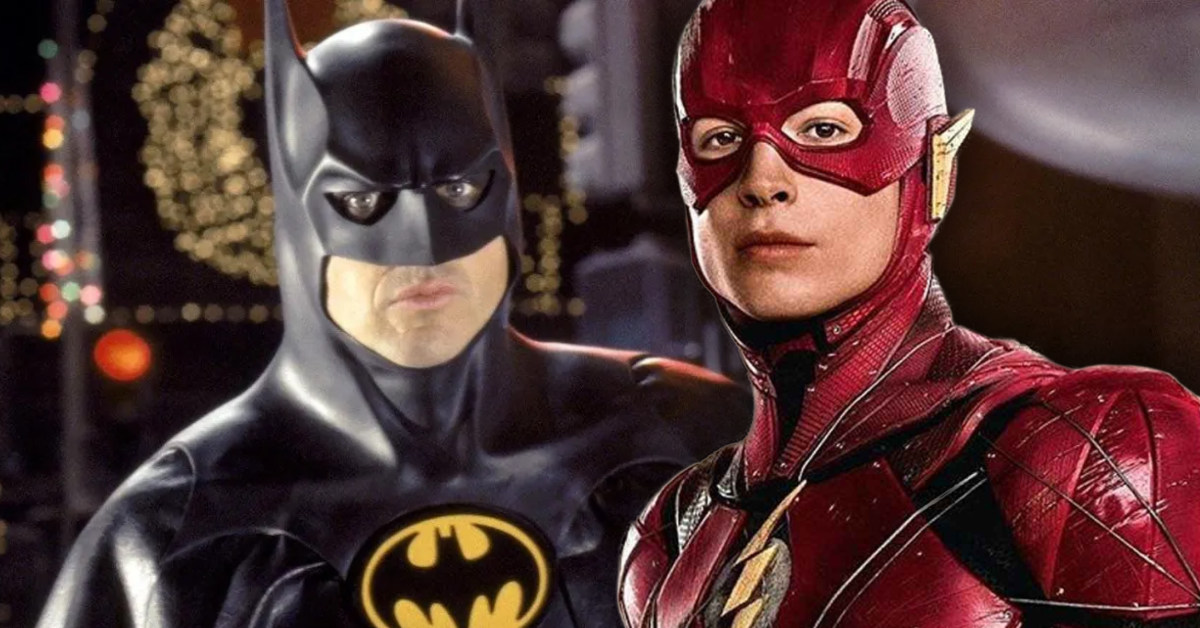 Ezra Miller’s The Flash pays tribute to Michael Keaton’s Batman. Warner Bros. released Batman on June 23, 1989. For those who were alive then, it shook the world. Prior to Tim Burton’s dark vision on Batman, there were only a handful of comic-book movies. Certainly, Christopher Reeve’s first two Superman movies should’ve opened the floodgates.

Oddly, despite their critical and commercial success, they didn’t. Instead, Reeve’s last two Superman movies turned campy and destroyed the franchise. The Gothic gloom of Batman felt like a breath of fresh air.

Perhaps another DC movie hopes that lightning strikes twice. Warner Bros. chose June 23 as the new release date for The Flash. Given that Keaton’s Batman returns in it, that’s definitely appropriate. Of course, casual viewers won’t notice. Indeed, it’s for the hardcore fans who pay attention to this stuff.

Warner Bros. Discovery released a new logo for The Flash. And the Flash’s symbol has changed to gold and black. Without a doubt, the black represents Batman. 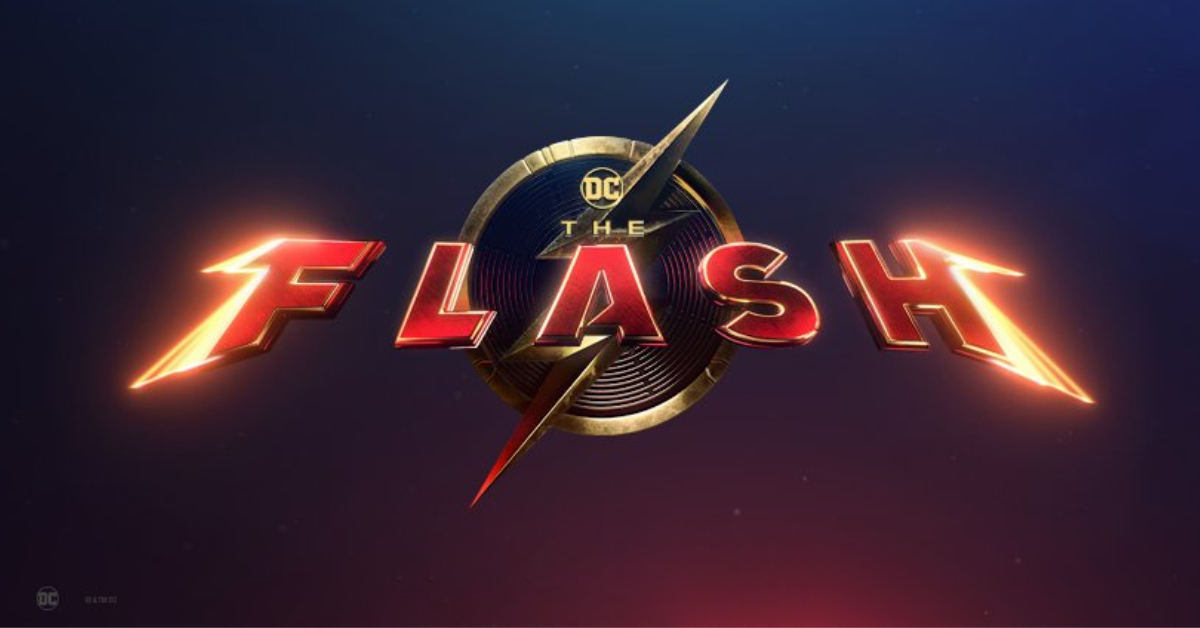 Just this January, DC Films released the logos for Aquaman and the Lost Kingdom and The Flash. Now we are close to finishing up the year and we get a new look on the logo for The Flash. While we haven’t seen any new updates on the Aquaman logo, The Flash got a little touch up. Nevertheless, the changes are not that drastic from the previous one that WBD released.

Still, the refreshed logo means one thing. WBD is pushing through with releasing the movie.

Nonetheless, some people aren’t happy that Ezra Miller still has a large presence in the film. The haters say that the production should have gone for a new actor. If not, they believe DC shouldn’t have released it at all. All this because of Miller’s legal issues and controversies have soured their image. When WBD canceled Batgirl, many expected that The Flash would receive the same fate.

WBD CEO David Zaslav is confident that the movie would be a success regardless of Miller being the lead star. Many sites reported that test screenings of The Flash were so successful that it did prompt the company to push through with the release. Not only that, but the star power of the film could make it a success.

Also, behind the scenes, we have not heard any negative things regarding the actor as of late. It’s no secret that The Flash had extensive reshoots. At this point, the film had changed its release date a few times already. We may have lost count. But all that time during the reshoots, Ezra Miller was there without issue to the production. 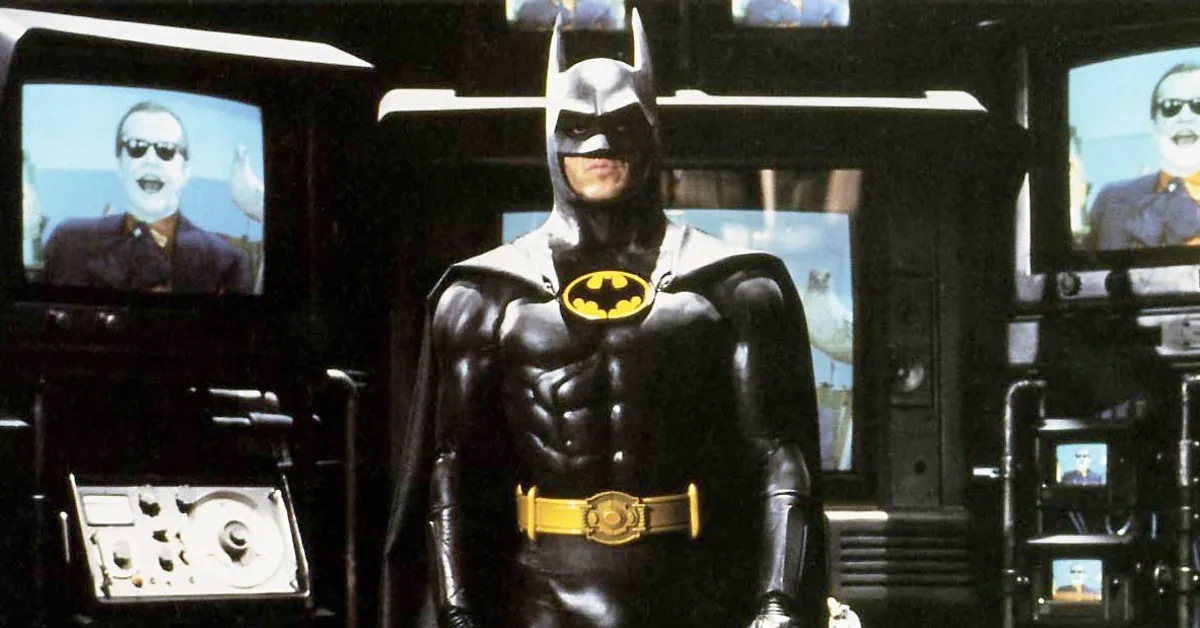 Even though there are a lot of negative remarks, there are also positive ones, too. Mainly, they want to see both Ben Affleck and Keaton back as Batman. Some even thought that there might be a trailer coming soon, which seems like a legitimate idea. As for the logo looking like Metallica’s layout, some hope that the movie will use the band’s song “Ride the Lightning.”

WBD may actually release the official trailer soon as that is usually what comes next after the posters and logos. In the meantime, audiences weigh in on whether to look at the movie as one that ushers in the future of DC Studios or one that stars an actor they don’t like. There are people who are looking forward to watching The Flash because of the story it holds, not because of the actor behind the character. And of course, there are also those who cannot separate one from the other.

In the end, The Flash‘s success probably won’t depend on its lead. The June 23 release date suggests the significance of Batman. Those who can’t stomach Miller and have two Dark Knights to choose from. One of which celebrates his birthday on opening night.