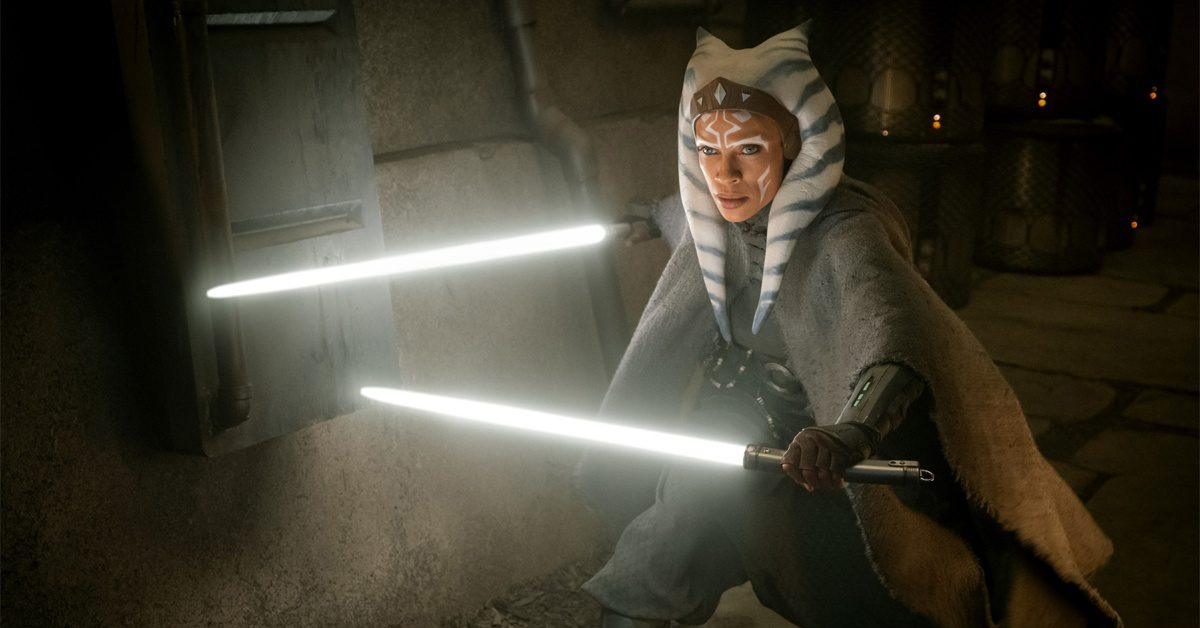 Disney Plus’ live-action Ahsoka is basically a tribute to the animated Star Wars Rebels.

Star Wars Rebels stood out from Star Wars: The Clone Wars mainly because it focused on a different time. More notably, it wasn’t about the Skywalkers. It spotlighted a young kid named Ezra Bridger who was strong with the Force.

In addition, the Rebels was a small team that felt the effects of the Empire’s reign. They see how the Empire has made life worse for so many in the galaxy. This team consisted of Hera Syndulla, Kanan Jarrus, Sabine Wren, Zeb Orrelios, the droid Chopper, and Bridger. They used a ship called the Ghost and most of the time, it’s also their home.

The show took place just a few years before the events of 1977’s Star Wars. Thus, the rebellion is still in its infancy. It’s a point of view that we haven’t seen before in any Star Wars movie or TV series. Bridger and the group are part of the reasons the rebellion persists.

Fans loved seeing familiar characters from Star Wars: The Clone Wars showing up in the program. For one, I remember seeing Ahsoka Tano for the first time in Star Wars Rebels and that moment jumped out.

At the time, the final season of Star Wars: The Clone Wars was in limbo and we didn’t know what happened to Tano since she left the Jedi Order. So, seeing Tano as an adult and fighting with the rebellion was a sight to behold. Fans loved it. 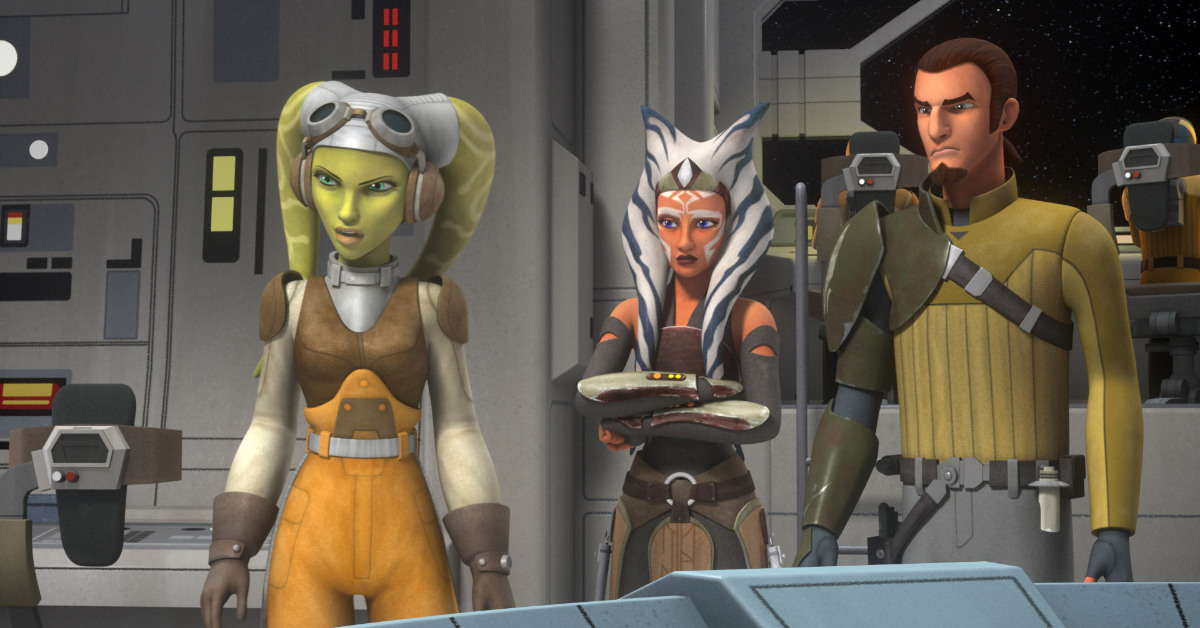 Fans loved the Easter eggs in Rogue One: A Star Wars Story. The film showed the Ghost a couple of times in Yavin 4 and in the Battle of Scarif. It also delivered a Chopper cameo; his look is very unique compared to other droids. Also, you will be able to hear the name ‘Syndulla’ being called.

Not only that, the Ghost again appeared in The Rise of Skywalker in the Battle of Exegol. And you can hear the voice of Kanan Jarrus (Freddie Prinze Jr.) as one of past Jedis that Rey (Daisy Ridley) hears.

When Rosario Dawson showed up in The Mandalorian as Tano, fans raved about her appearance. Considering that she was a fan-cast before she even got the role, Dawson getting the role in Ahsoka was perfect.

Dawson will be reprising her role as Tano which she has played in Disney Plus series The Mandalorian and The Book of Boba Fett. This time she gets her own series focusing on her own personal mission. Tano originally had the voice of Ashley Eckstein in the animated series Star Wars: The Clone Wars, Star Wars: Rebels, and Star Wars: Forces of Destiny.

The former Padawan has come a long way.

When Lucasfilm announced the Ahsoka series, fans wondered what it would be about. Certainly, Ahsoka is in the same time frame as The Mandalorian and The Book of Boba Fett. In other words, Ahsoka takes place around nine or 10 years after the events of Star Wars. It’s even some years after Return of the Jedi.

Because of this, it looks like we will be seeing some of the team in Rebels but in live action. In fact, Lucasfilm cast Natasha Liu Bordizzo as Sabine Wren.

Chopper (C1-10P) was very prominent in the Rebels series. This has been already confirmed via the Star Wars Celebration by showing a life size droid moving around the stage. And it seems like it even kept its personality. 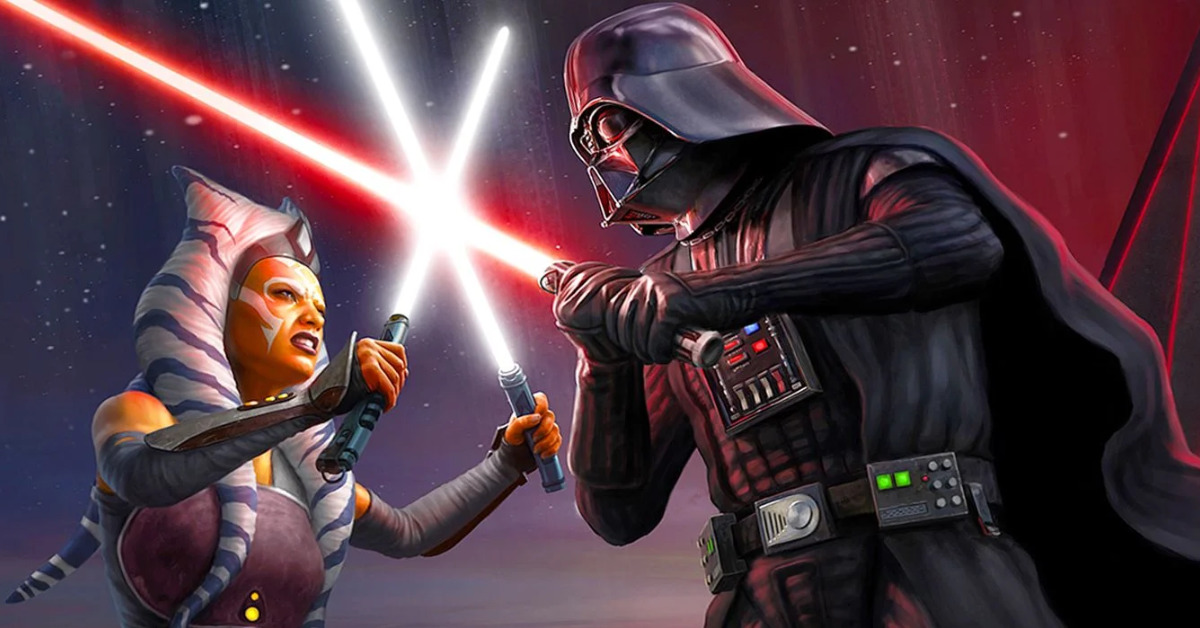 Hera Syndulla will also be in the series, although we don’t know who will be portraying her. In addition, the show has also cast Ivanna Sakhno, Elizabeth Winstead and Ray Stevenson in undisclosed roles.

Rumors circulated that Lars Mikkelsen would take the role of Grand Admiral Thrawn. Even though he has done the voice of the character in Star Wars: Rebels, it seems that another actor might take the role. Thrawn is another major character for the series. He is a fan favorite because he’s one of the main villains from the Legends books: The Thrawn Trilogy.

Geekosity founder Mikey Sutton scooped an Heir to the Empire film with Thrawn on March 4.

Fans could not only look forward to that, but also Hayden Christensen returning as Darth Vader/Anakin Skywalker. This is a major factor of the Ahsoka story line. Major because Skywalker is “Master” to Ahsoka when she was a Padawan. It’s true up to the point she was stripped of her title in Clone Wars. Eventually, they even had a battle during Star Wars Rebels. Given the timeline, it may be a memory that she will be reliving or a flashback of their battle in live action.

Ahsoka may focus on her hunting Thrawn, who was the main villain in Star Wars Rebels. As an addition to that, she may also be continuing her quest to find Bridger.