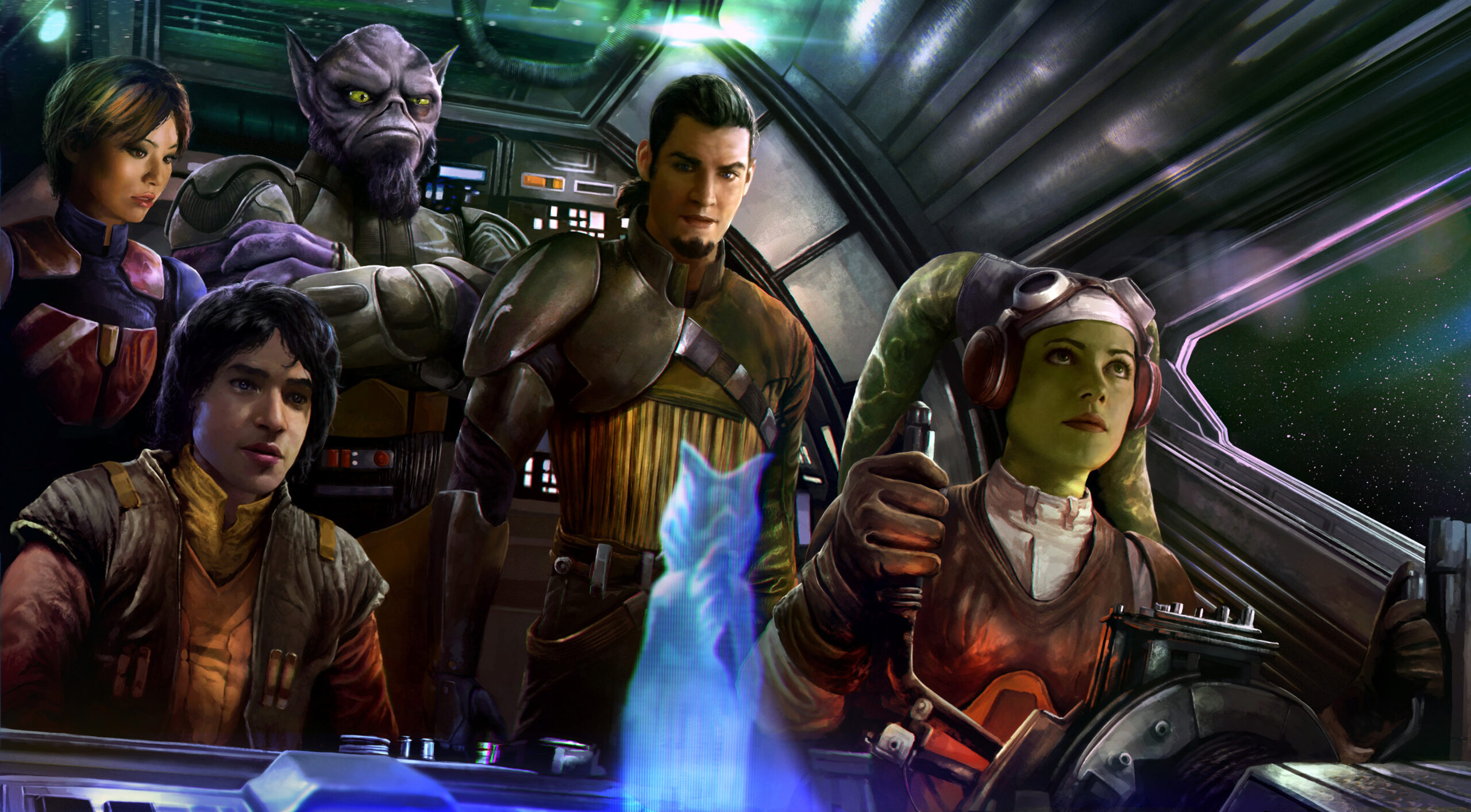 Ahsoka Tano might be reunited with fellow Star Wars Rebels veterans on her upcoming TV series on Disney+. Per the YouTube channel Kessel Run Transmissions, the Ahsoka show will focus on her search for the villainous Grand Admiral Thrawn and Jedi Padawan Ezra Bridger.

The final episode of the CGI animated series Star Wars Rebels ended with an unsolved mystery as Bridger and Thrawn were taken into an unknown destination by the whale-like aliens the purrgil. Thrawn was name-dropped on The Mandalorian in its second season, and I initially reported his arrival on Disney+ in the private Geekosity Facebook group on May 9, 2020.

Since then, I have followed up on Thrawn’s larger role in the Disney+ area of the Star Wars universe as he is being planned to be the Big Bad in what will end up becoming a loose adaptation of Timothy Zahn’s 1991 novel Heir to the Empire.

Rosario Dawson’s portrayal of Tano received widespread acclaim from fans when she appeared on The Mandalorian and there is tremendous excitement for her having her own series. The Mandalorian dynamic duo of Jon Favreau and Dave Filoni have Ahsoka under their supervision as both shows will be tightly knit with a third, Rangers of the New Republic.

KRT added that scripts originally intended for a sequel series for Rebels are going to be utilized for Ahsoka. Given that, Sabine Wren will appear on the show and possibly co-star, which was the plan for the animated program. I scooped Wren in the Geekosity Facebook group on December 28, 2019; she is definitely coming.

This report provides context for where she could possibly debut.  After the polarized and downright heated reactions to Disney’s new Star Wars film trilogy, the affection for The Mandalorian has given the franchise an injection of enthusiasm it hasn’t seen in decades. By adding beloved characters such as Thrawn, Bridger, and Wren, it continues to push the right buttons in feeding its base but also attracting the general public as well.

KRT also revealed that spin-off series for Thrawn and Bridger are being discussed. The Star Wars playground that Favreau and Filoni have created on Disney+ is about to grow larger.