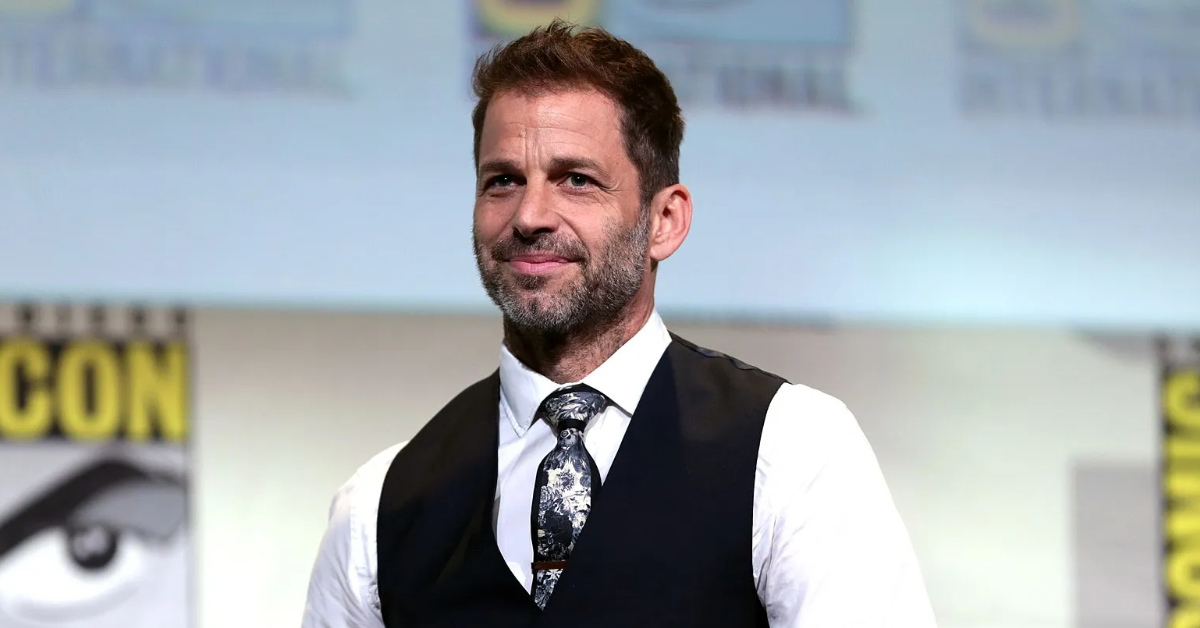 In the image, Tom Cat is basically Ben Affleck’s Batman with Jerry Mouse as a gargoyle.

In addition, there’s a parody of the Justice League film logo.

On its own, it’s an innocuous picture. However, it’s what Snyder added beneath it that raised eyebrows. Snyder wrote:

Can’t wait to bring my dark vision to these iconic characters over a five movie arc shot entirely in black-and-white anamorphic IMAX see you in Hall H for the announcement. 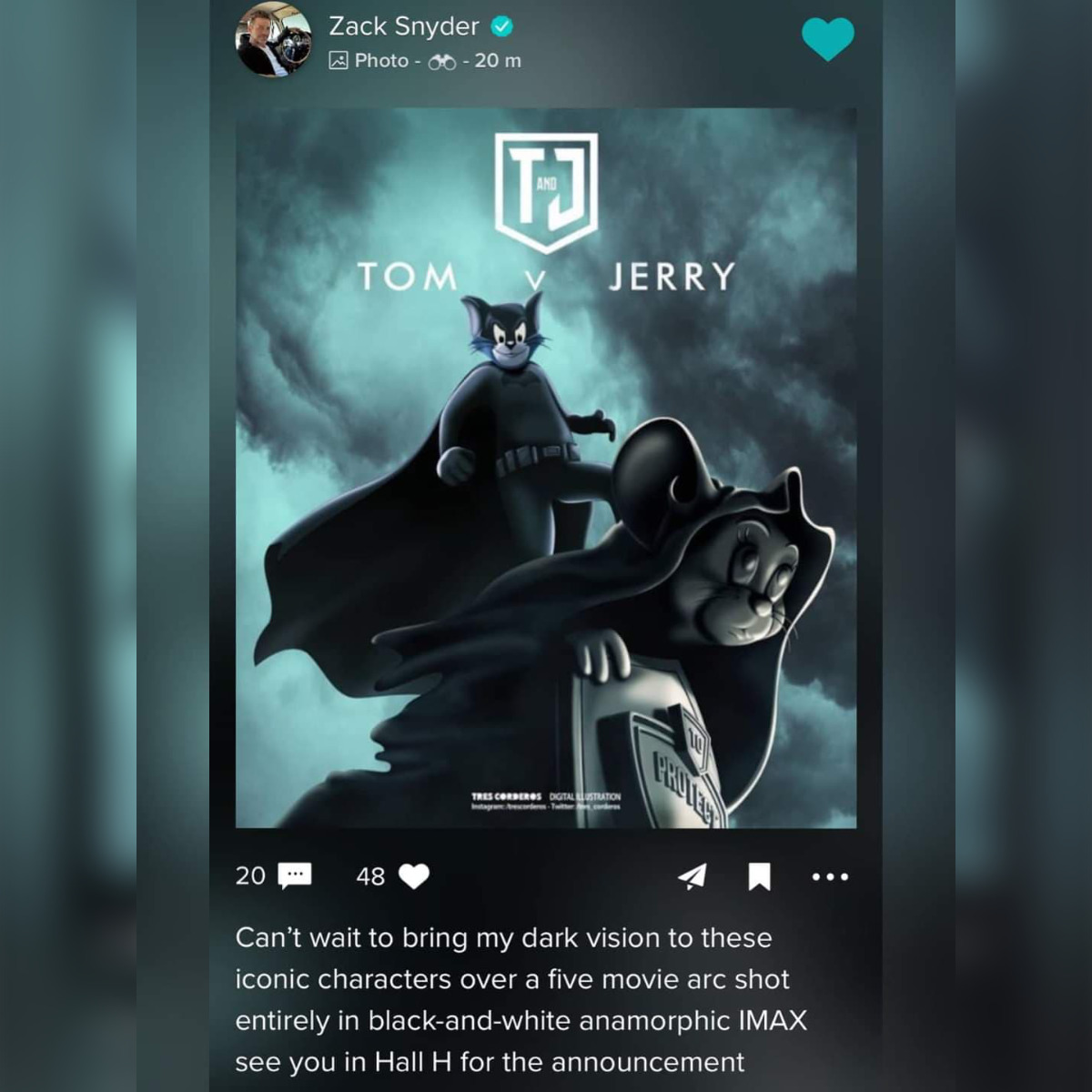 Is he simply kidding?

I was on live with Syl Abdul when Snyder dropped it. Indeed, the excitement was palpable.

Certainly, the timing of this left his followers wondering if he’s actually serious. After all, Deadline broke this morning that his Man of Steel Henry Cavill is expected at SDCC.

Could Snyder join him?

Unfortunately, sources are unable to confirm if Snyder will show up at SDCC. On July 11, I cautioned people to lower your expectations regarding DC Films. But is it possible?

Snyder knows exactly what he’s doing. He doesn’t need robots to do work for him. Furthermore, the Tom and Jerry angle is not random. 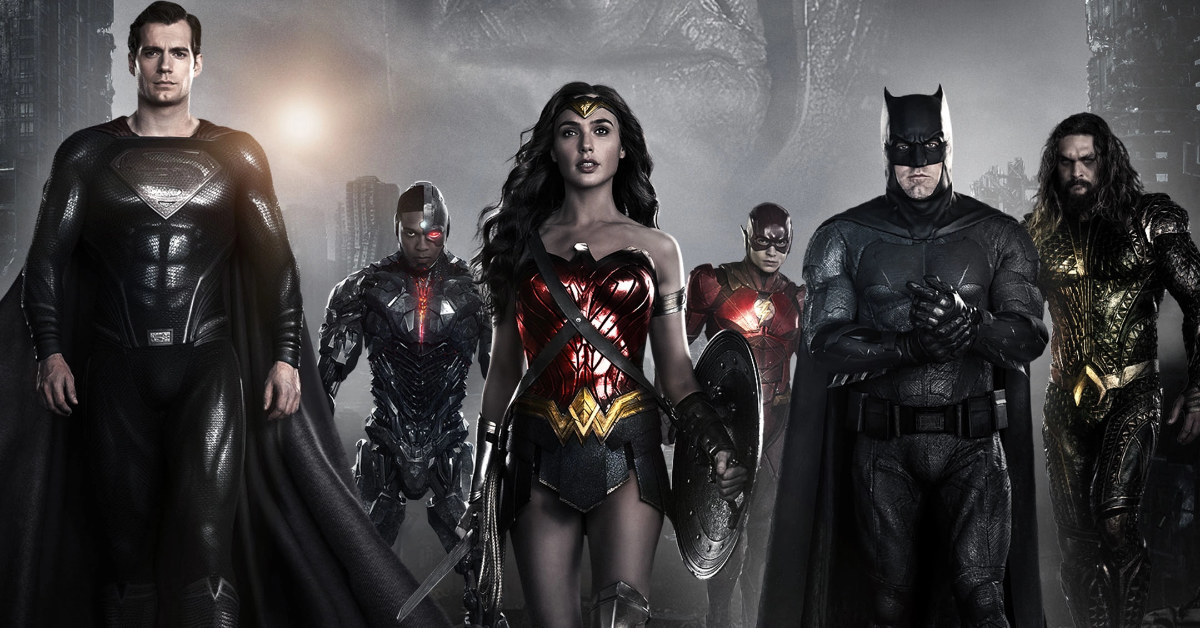 In early March 2021, The Snyder Cut leaked on HBO Max, mislabeled as the Tom and Jerry film. A spokesperson admitted it:

Zack Snyder’s Justice League was temporarily available on HBO Max and the error was addressed within minutes.

Some believe Snyder was throwing shade at the old WarnerMedia regime with this. Undoubtedly, Rolling Stone’s hit piece on Snyder a few days ago inspires retaliation of some kind.

On the contrary, Snyder has been calm and classy after Rolling Stone exposed their junk.

On Saturday morning, we will find out if Snyder was just goofing off. He’s been hinting at new DC projects for a while.

If anything, those who love DC movies haven’t been this excited since they announced The Snyder Cut.