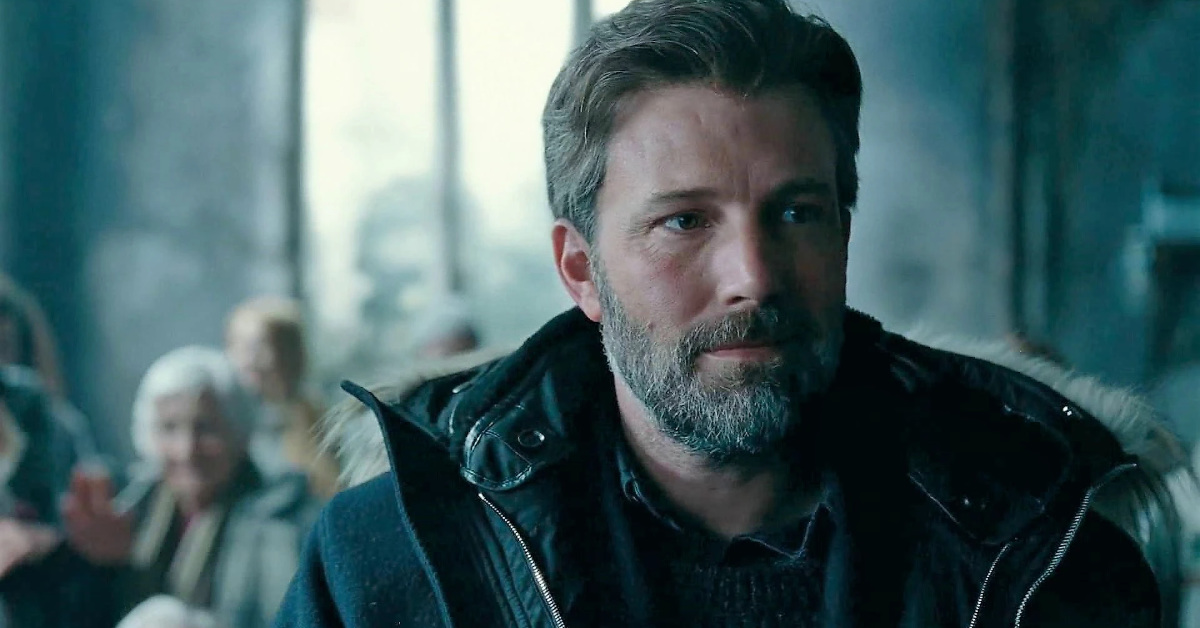 Ben Affleck proves that Batman isn’t above selling Dunkin’ Donuts in a drive-thru. Imagine you’ve just pulled up to the Dunkin’ Donuts drive-thru and then none other than Batman himself greets you. Well, some lucky customers witnessed just that.

No, DC Studios’ firing of Ben Affleck as Batman didn’t force him into working for Dunkin’ Donuts. Then again, Dunkin’ Donuts probably doesn’t have such a polarized following. 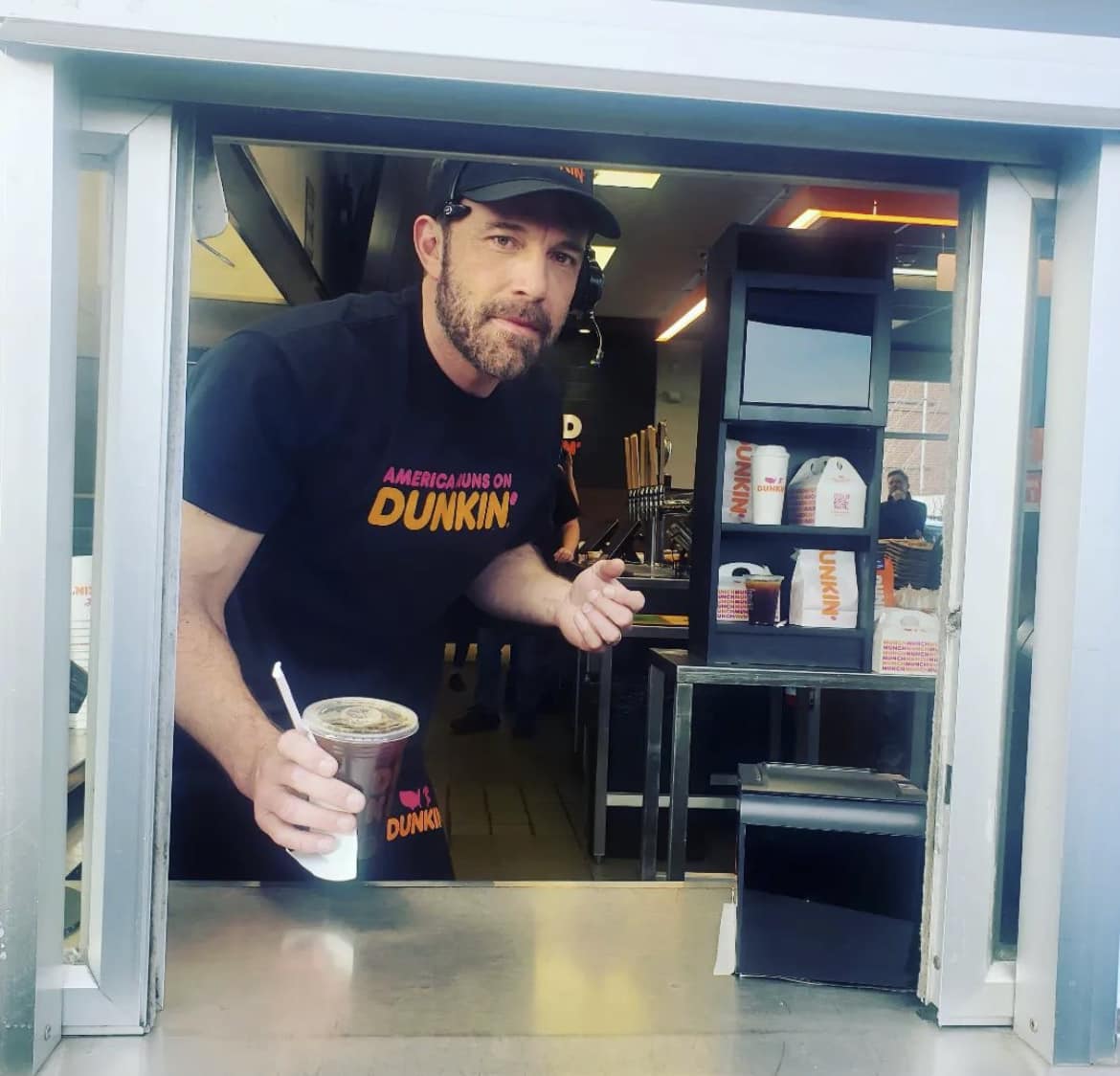 In recent years the 50-year-old actor/director has found himself at the center of several Internet memes. Most notably the ‘sad’ Affleck meme which originated from a joint interview between him and Henry Cavill. The interview saw both actor’s reactions to the disappointing Batman v Superman: Dawn of Justice Rotten Tomatoes score.

In fact, the opening lyrics to Simon & Garfunkel’s “The Sound of Silence” is often hilariously attached to it. In addition, more memes featuring Ben Affleck with Dunkin’ Donuts coffee brand in hand have surfaced online lately.

Did he get a job at one of their locations in Medford, Massachusetts? The DCEU reboot didn’t hurt him that badly. Certainly, it’s not as bad as cooking Hamada burgers. As it turns out, Affleck is actually filming Dunkin’ Donuts commercial, according to Entertainment Weekly.
Via their website, they said:

“Ben is heavily involved in the commercial as he pitched the script, is directing and starring in it…Ben has loved Dunkin’ for years and this partnership couldn’t be more perfect. He’s been very hands on with the whole process and is excited for everyone to see.” 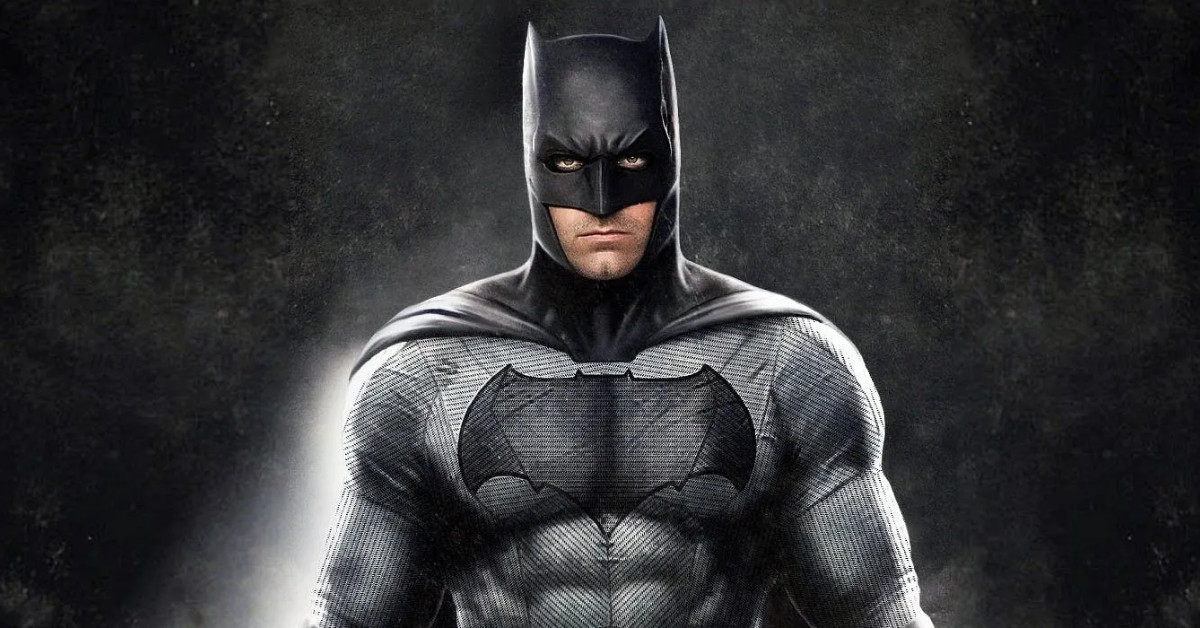 Furthermore, it sounds like his wife Jennifer Lopez was also in the restaurant while he was at work.
A customer said:

“Ben Affleck was filming a Dunkin’ commercial yesterday. I was surprised and nervous when I saw him. He took my order and I handed him a $10 and he threw it right back at me and handed me my iced coffee. He was super nice, very funny, and handsome, of course. I didn’t see J.Lo, but I heard she was inside.”

Bear in mind it’s pretty obvious that he’s filming a commercial for popular fast food chain. In other words, it sadly doesn’t look like this’ll be a regular job for Affleck. Undoubtedly this’ll upset those who were hoping to go see him in Boston. Still, it must’ve been a welcome surprise to those lucky few who had the Dark Knight deliver their orders.
Two treats for the price of one!
Share131
Tweet
Pin
Reddit
Share
131 Shares