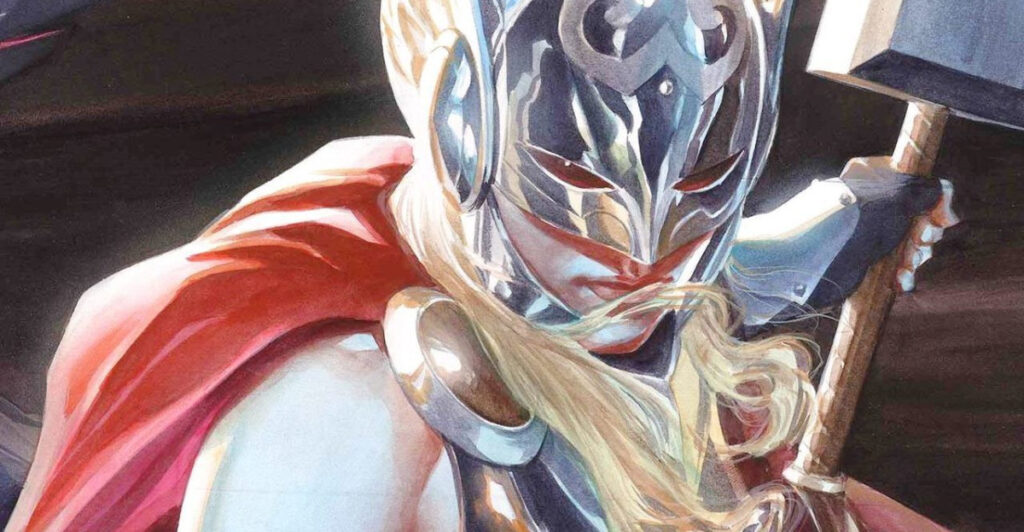 Costumes have been revealed for Taika Waititi’s Thor: Love and Thunder.

However, images from Thor: Love and Thunder’s merchandising are now showing up.

Taika Waititi is making changes for Thor: Love and Thunder.

After all, Marvel Studios likes to keep its franchises fresh.

Thus expectations are high for Thor: Love and Thunder.

Last time we saw Thor, he wore basically an all-black suit with gold details and scale armor on his arms.

His cape was red on one side and black on the other. 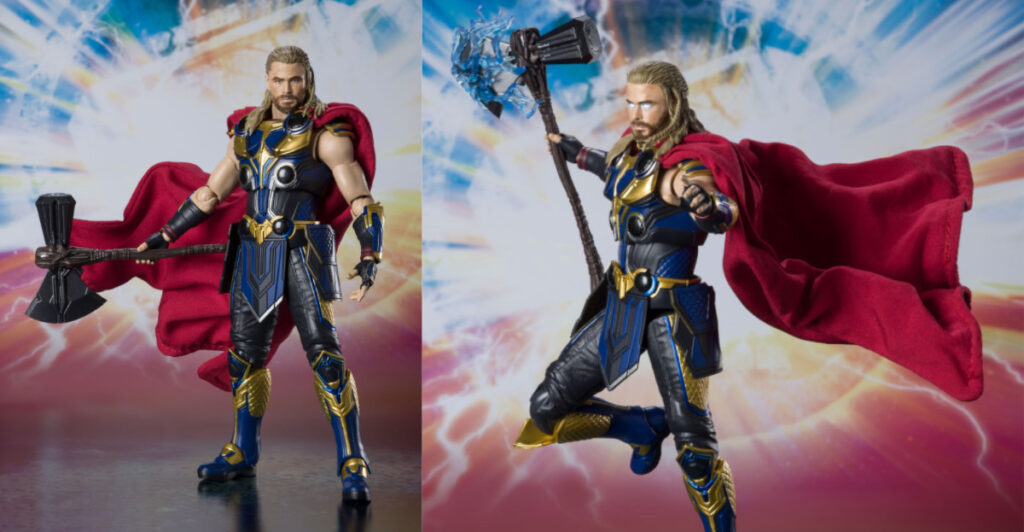 This time, Thor is now back in shape and will have a new costume with the colors blue and gold.

Moreover, the suit has black and silver details.

In fact, the scales are gone, too.

There is no armor on his arms, though.

His cape is all red.

His weapon is the Stormbreaker, which he got from Avengers: Infinity War.

Jane Foster is now the new Mighty Thor so she dons a new armor.

Foster is wearing black armor with a red skirt or tasset.

She also has a helmet that looks very close to the comic-book version.

She can lift and use Mjolnir.

You’ll notice that Mjolnir is repaired.

Nevertheless, this is not the same hammer used in Avengers: Endgame.

Remember that the hammer was returned to its proper time and location.

This is the broken Mjolnir that Hela shattered in Thor: Ragnarok. 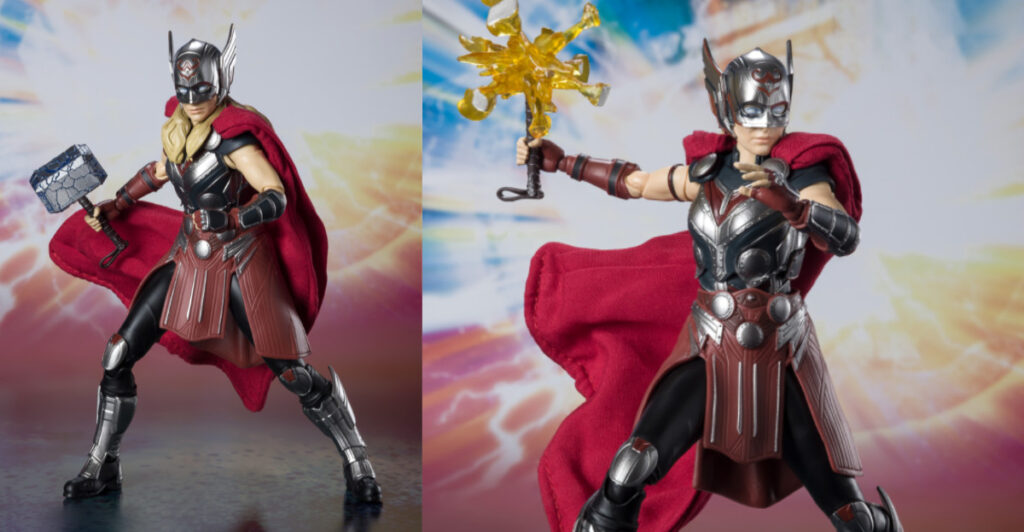 What’s significant here is that the design of Foster’s Mighty Thor armor is vastly different from the comics.

In the comic books, her Asgardian armor covers her chest and legs.

On the contrary, her MCU armor is more practical, which is very similar to Thor Odinson.

A T-shirt design released in June 2021 actually teased the armor.

She did not return for the movie.

Nor did she come back for Thor: Ragnarok.

However, she did return to voice Foster in the Marvel Studios animated series What If…? released on Disney Plus.

Thor: Love and Thunder is set to continue after the events of Avengers: Endgame.

We don’t know the actual premise of the story.

But since the death of Thanos, Thor and the Guardians of the Galaxy were together leaving Earth.

This means that they would have to return to Earth to meet Jane.

Of course, expect the unexpected from Taika Waititi.