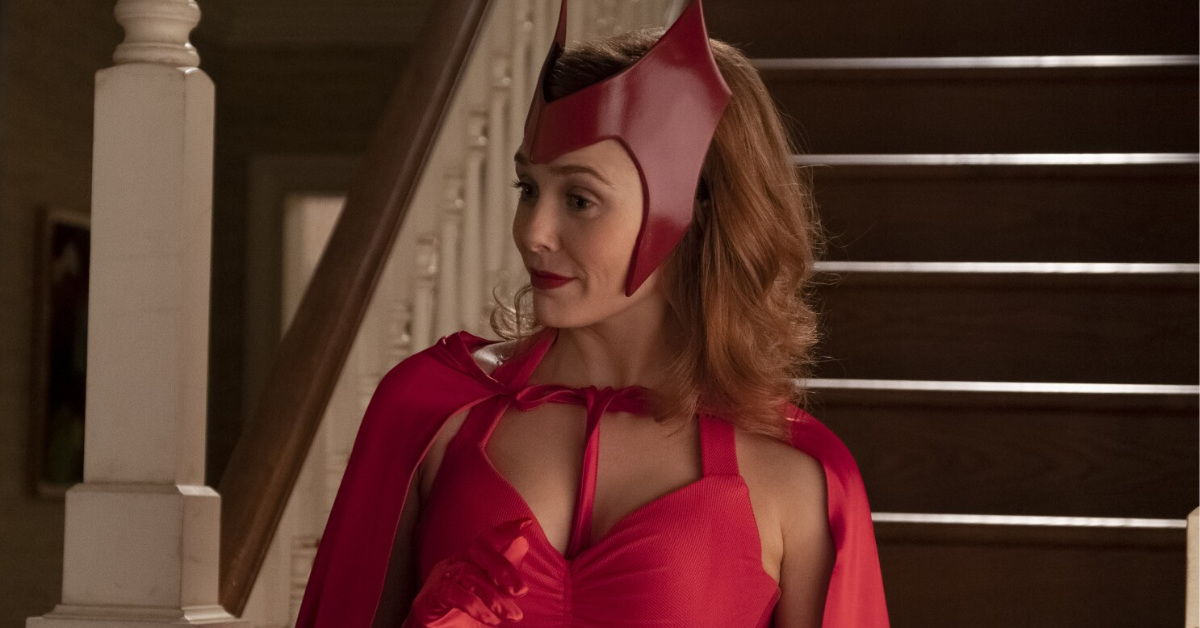 We all remember that awesome WandaVision scene that debuted the Scarlet Witch in Wanda Maximoff (Elizabeth Olsen). That time she used the power inhibiting spell on Agatha Harkness (Kathryn Hahn) and eventually won their duel.

She was in full Scarlet Witch garb that really emanated power, from her head piece to her boots.

The design is in the blood red and black palette and even though it appears to be snug and somewhat heavy, it still allows ease in movement. 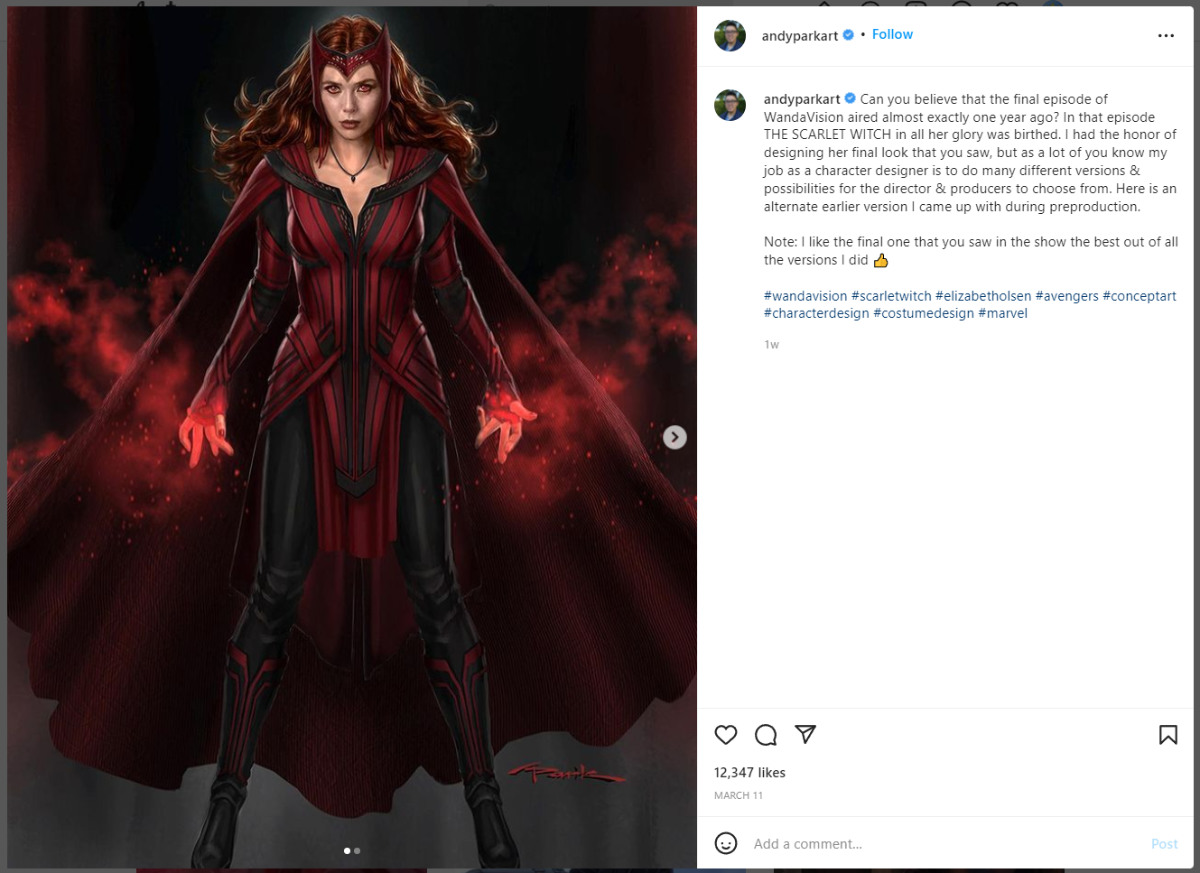 Olsen carried the costume superbly. The comic-book designs generally give her a red cape. In the finale, the costume swapped this for a half-front open skirt or an extended culet if we consider the costume to be some form of armor. Somehow characters who can fly look cooler with capes. Or maybe we just need an excuse to borrow our mom’s sheets when we cosplay back when we were kids, who knows?

Park’s other Scarlet Witch design did have a cape, one that seems to be of ankle-length, and it’s also awesome. It had a form of fauld and tasset instead of the half-open skirt and culet. Her arms are protected by long fit sleeves.

To be honest, I do think the other costume seems to emit more power. However, to me at least I feel it’s more fit for a theatrical debut than a streaming series. Or maybe, it’s the weather? The one that made WandaVision‘s finale look more fitting for a sunny scene. It just seems that the other design will be too uncomfortably hot and heavy for a sunny shoot.

Another point to think about is why would Park show this design now? The only reason I can think of is that he’s hinting it could still be used some time in the future for upcoming projects. Maybe they did use this in Doctor Strange in the Multiverse of Madness. 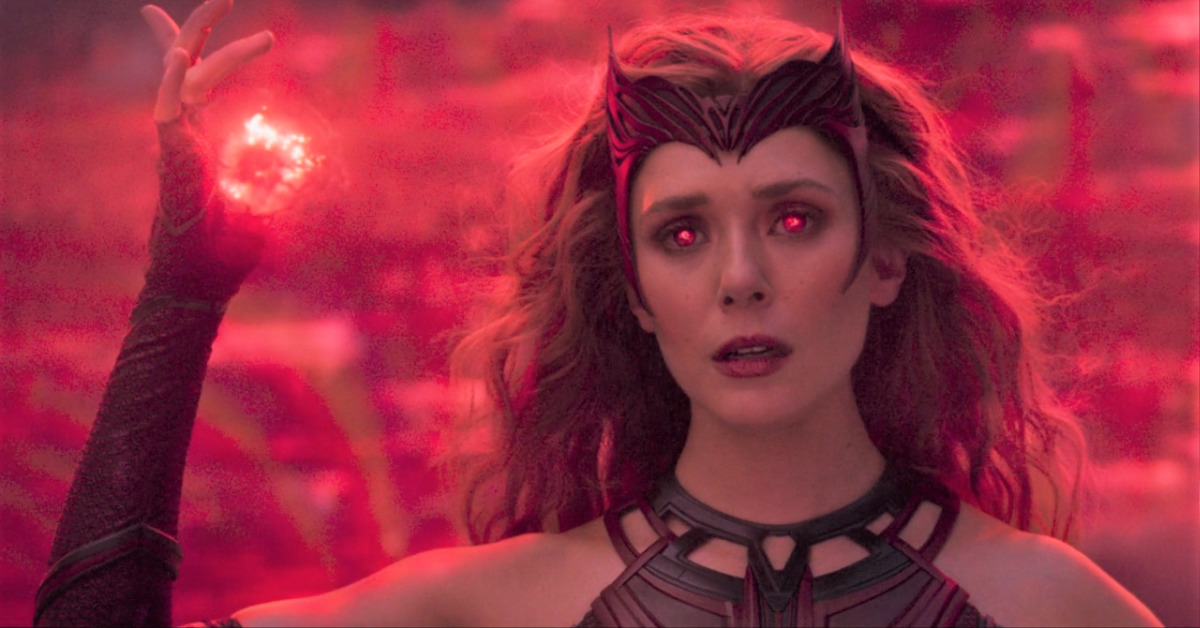 It seems like the costume is the same with WandaVision but with a darker, more ruthless streak to it. Could this also indicate Wanda’s character development? Would we truly see the other costume on Scarlet Witch? It’s also possible that a Scarlet Witch variant can show up.

Anything is possible. The multiverse is dangerous. Like what Wong warned Doctor Strange:

We don’t know who or what will walk through it.