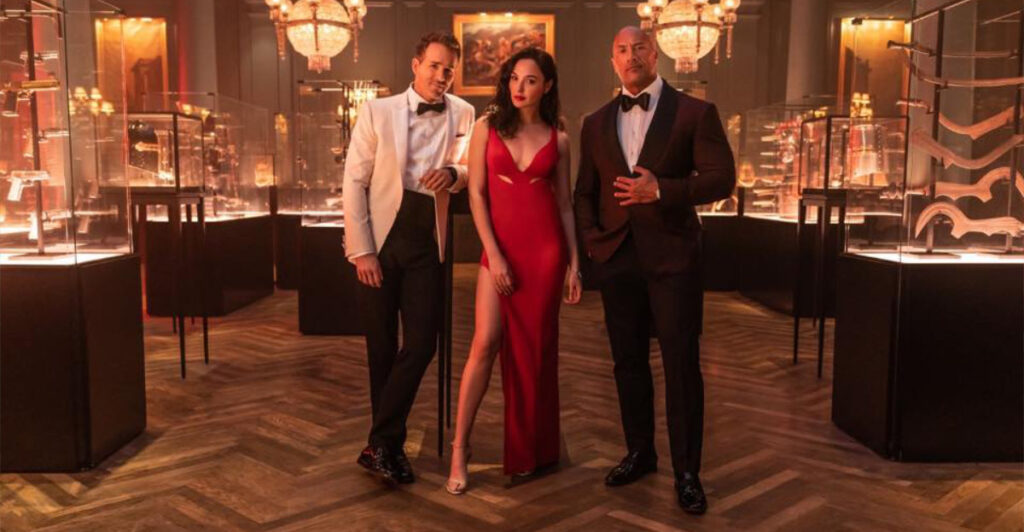 The Rock and Ryan Reynolds want worlds to collide: a Marvel Studios and DC Films crossover.

Marvel and DC has a long history of crossovers in the comics.

It’s generally one of the things most anticipated things to happen regardless of which comic-book brand you are a fan of.

Seeing both DC and Marvel in one comic book is a rarity, but not impossible.

The first ever comic book crossover was with National Comics and All-American Publications (both are now under DC Comics) in 1940-1941.

It combined the heroes from both companies including Doctor Fate, Hourman, the Spectre, and Sandman from National Comics.

In addition, All-American Publications included the Atom, the Flash, Green Lantern, and Hawkman.

The first comic-book crossover between DC and Marvel was in 1976 with Superman and Spider-Man.

However, it didn’t stop there. 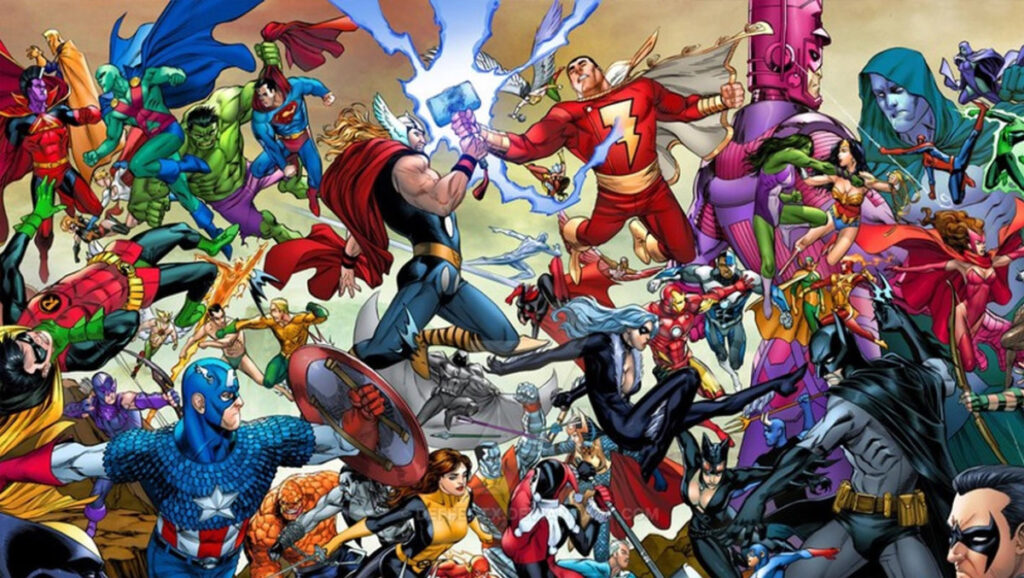 In fact, it continued on, but on rare occasions.

The Justice League of America and Avengers came together in 2003-2004.

In addition, one of the weirdest of them all was Amalgam Comics.

Amalgam Comics combined characters from DC and Marvel in 1996.

Crossovers are not unique in comics; it also happens in TV shows and in movies.

Didn’t we get all excited when we saw The Simpsons and Family Guy together? Or what about Adam West’s Batman fighting and together with Van Williams’ The Green Hornet?

Regardless of what we think of the new Space Jam: A New Legacy movie audiences enjoyed that basketball scene with all the random spectators from different movies.

We all love crossovers.

Apparently, so does The Rock. 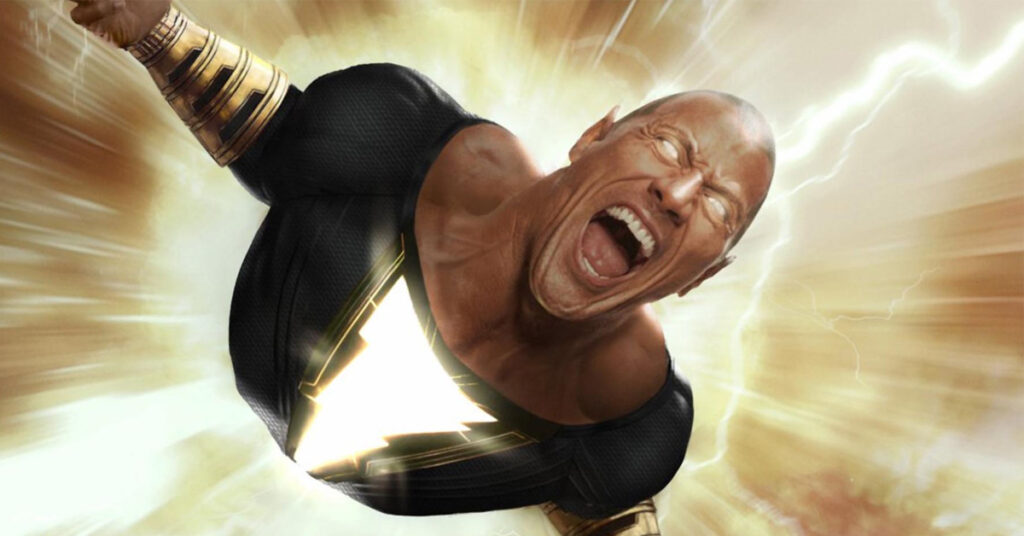 During the red-carpet premiere of his new movie Red Notice, Variety asked The Rock if there will be a Black Adam and Wonder Woman crossover.

I think there’s a crossover with Black Adam/Wonder Woman. What we were just talking about today was, you know I turned to Ryan (Reynolds) and Gal (Gadot), there should be at Marvel and the DC Universe. We could be the ones to possibly make it happen, so we’ll see. We’ll see what happens down the road.

The Rock has already finished filming his DC movie Black Adam, which is now in post-production.

His confidence is earned.

Although we have not seen Black Adam in the theaters, we’ve reported before that he has been interested in restoring the Snyderverse.

Moreover, he wants to get Henry Cavill back as Superman.

On April 6, 2021, Geekosity founder Mikey Sutton scooped that The Rock wanted to produce Man of Steel 2.

So, we know that when The Rock wants something done, he will do what he can to make it happen.

Similarly, Ryan Reynolds himself has some influence in films moving forward.

People have speculated that it was Ryan Reynolds himself was the one who actually leaked the Deadpool demo (2014) on YouTube and social media. 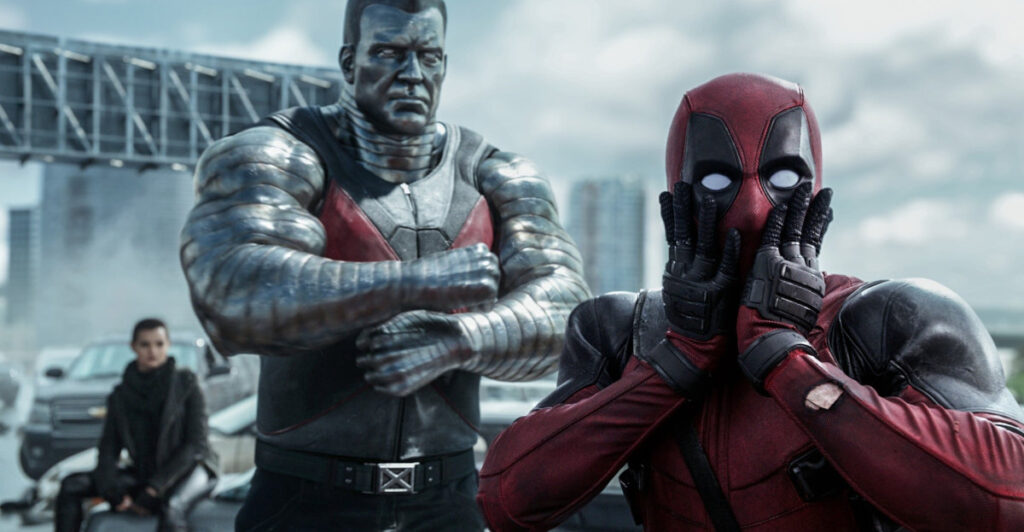 Until then, Deadpool was dead.

Consequently, the demo was so popular, it kick-started the production of a proper Ryan Reynolds Deadpool (2016) movie into high gear.

The Suicide Squad (2021) and Guardians of the Galaxy director James Gunn has already talked about the possibility of a crossover with Marvel Studios and DC Films.

He has discussed this with Kevin Feige from Marvel Studios and Toby Emmerich from DC Films.

Both have expressed interest in making that a reality.

But it might be hurdle for both film companies since they both need to clear out bigger legal issues than it is with comics.

We know a lot of people are interested in an MCU/DCEU crossover, from movie directors, actors, producers, and the fans.

Will the combination of The Rock and Ryan Reynolds have enough influence to get a crossover to actually happen? 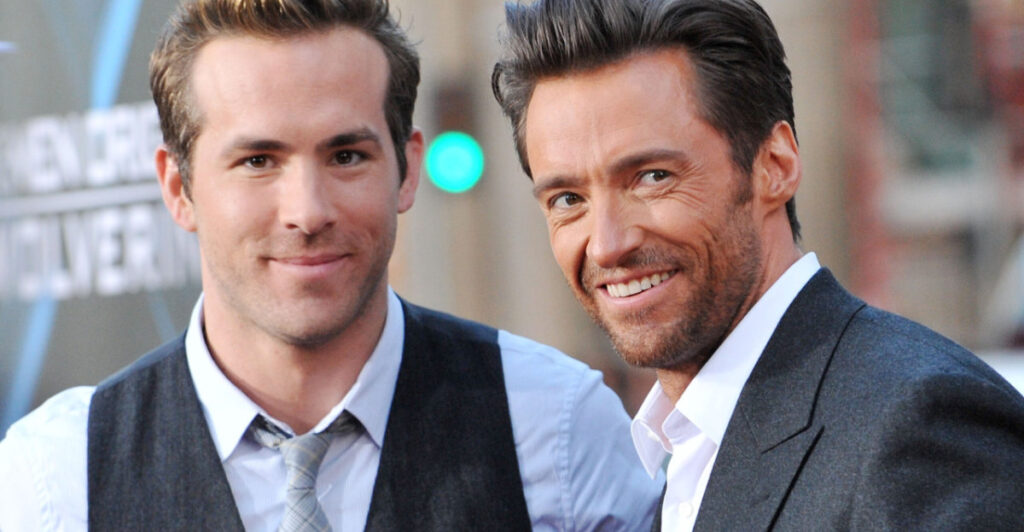