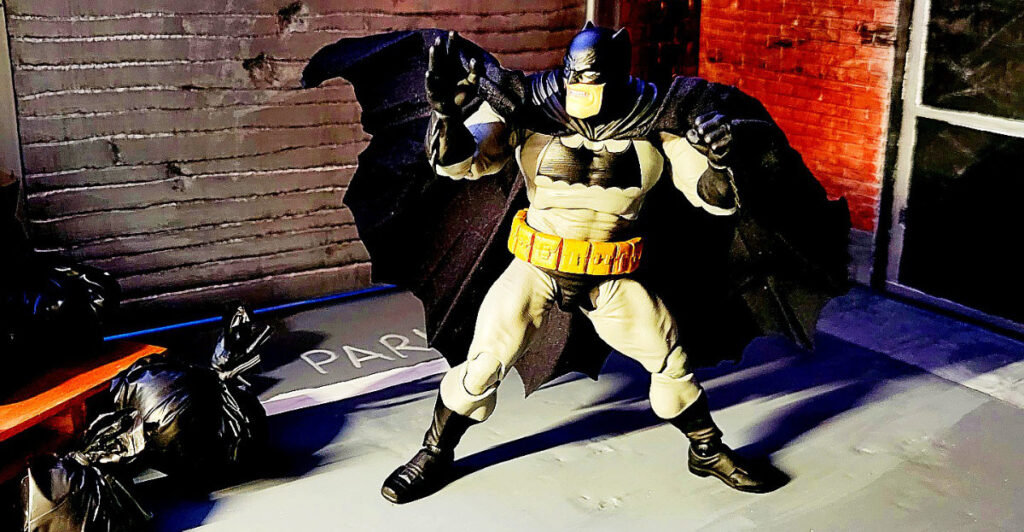 The Medicom Mafex Dark Knight Returns Batman is simply put, an incredible addition to any toy collection. In fact, it’s an absolutely stunning entry into the Mafex line up.

In writer/artist Frank Miller’s 1986 comic book The Dark Knight Returns, he comes out of a 10-year retirement to take back his beloved Gotham City. Dan’s Toybox comes out of a two-month retirement to get back to his beloved column. Welcome back dear readers as we celebrate the return of the Dark Knight with this beautiful Medicom Mafex action figure.

In a dark future Bruce Wayne, now 10 years retired from his duties as the Batman, watches Gotham fall prey to a vicious new enemy, the Mutant Gang. All of the other heroes are in hiding, or working behind the scenes at the behest of the government. When The Dark Knight returns, will he inspire or make things worse? If you’ve never read Frank Miller’s seminal work, I highly suggest it be moved to the top of your list, pronto! This story did for Batman, in the comic books, what this action figure has done for Batman in plastic. Enough drooling, time… nah, time for more drooling! 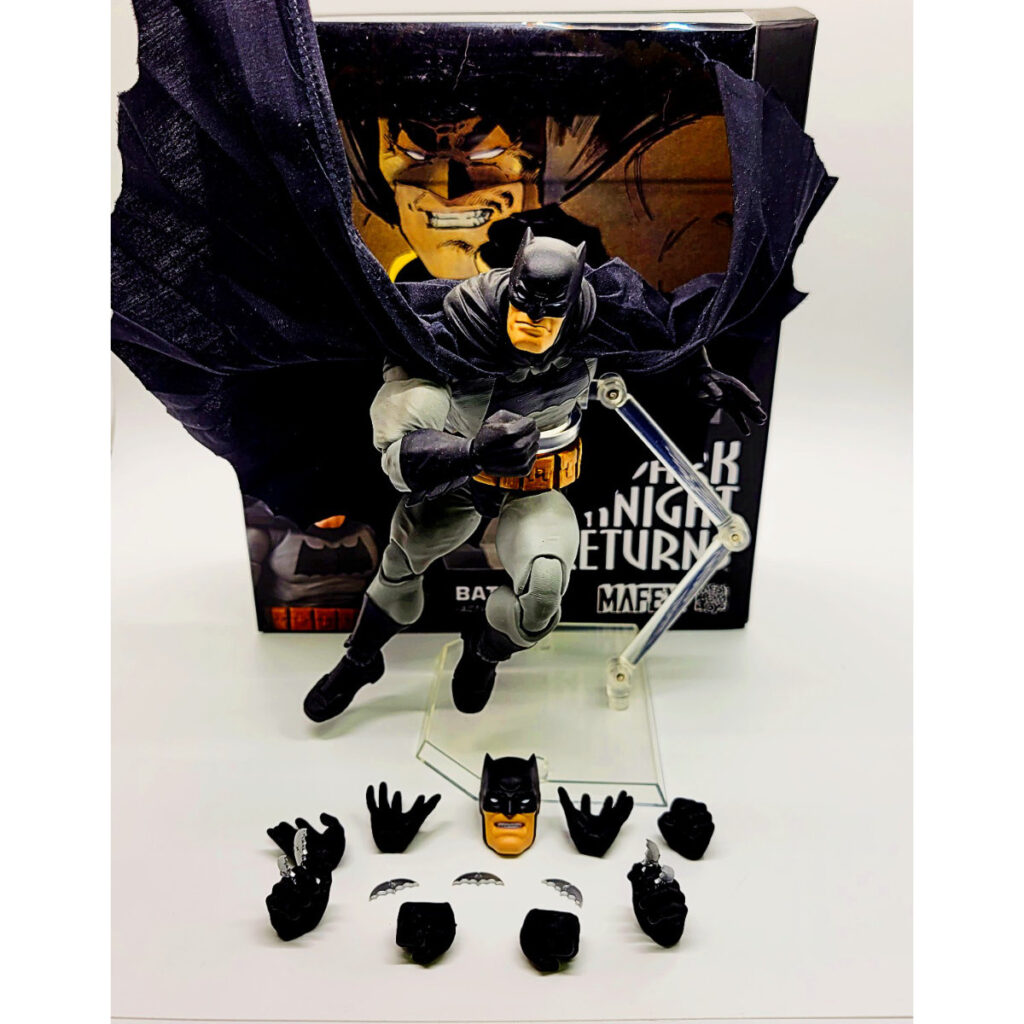 As with most imports, this figure comes with a number of accessories, all beautifully sculpted and easy to change out. Batman comes with one grim-faced head, one teeth clenched/angry head, and eight mini-batarangs. Yes, I know, you’re saying: “But Dan, we only see seven in your photos.” You are correct; I managed to lose one of them, much to my dismay.

Batman also comes with five pairs of hands. There are two open/relaxed hands, two reaching hands, two fists, two cape clasping fists, and two batarang throwing fists. Each batarang can be positioned in between the fingers of both hands and looks amazing.

Speaking of looks, the Medicom Mafex The Dark Knight Returns Batman could have just leapt off of the comic page. Batman is in his signature black and gray costume; furthermore, he has the black bat emblem blazoned across his chest. His utility belt is just the right amount of muted gold/yellow that breaks up the grey but doesn’t naturally draw the eye away from the rest of the figure.

My paint applications were spot-on with very fine detail application on the face and teeth. I was so pleased to see the lines met and there was no overspray or excess where it shouldn’t be. The cape is a vast improvement over the Hush version. It’s smaller and the wires on either end are attached under the rubber cloak piece at his neck.

The wires are also much stronger and will hold the cape in a number of dynamic poses which only serve to enhance the majestic appearance of this figure. 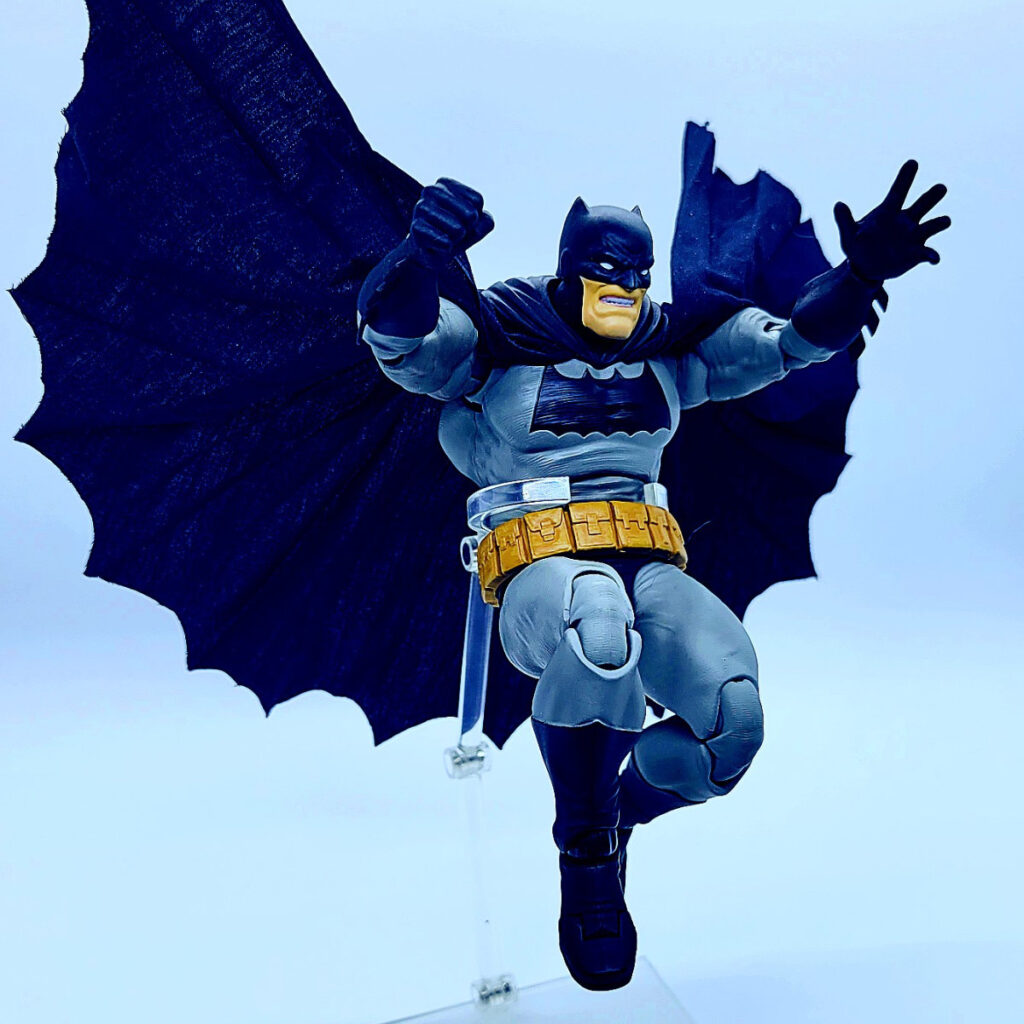 The sculpting on this figure is, by far, the best I’ve seen. From the massive musculature to the detailed wrinkles throughout the costume. Once again I reiterate, this figure could have easily jumped off the page and into your hands. This is an incredibly accurate three-dimensional representation of a two-dimensional image if ever I’ve seen one. Of course, we know Batman looks the part, but can he move like it?

The answer is a resounding yes! With a figure of these muscular proportions, we could easily expect limited articulation. The Medicom Mafex The Dark Knight Returns Batman destroys those assumptions handily! Batman’s head and neck are both on ball joints which give the Dark Knight an extended range when looking up and down, side to side, or having a little “attitude.”

His shoulders have nice butterfly joints which allow for forward and backward movement, while also allowing the arms to rotate 360 and get into the nice “T” poses. Batman has double jointed elbows, which will only bend so far in, due to his muscles and both wrists hinge and pivot, equally well regardless of which hands are on them. His ab crunch is exceptional; coupled with the crunch at his diaphragm, it allows Batman to lean forward very far as well as giving him a deep back bend. His waist and the torso will both pivot, lending to some neat posing possibilities. 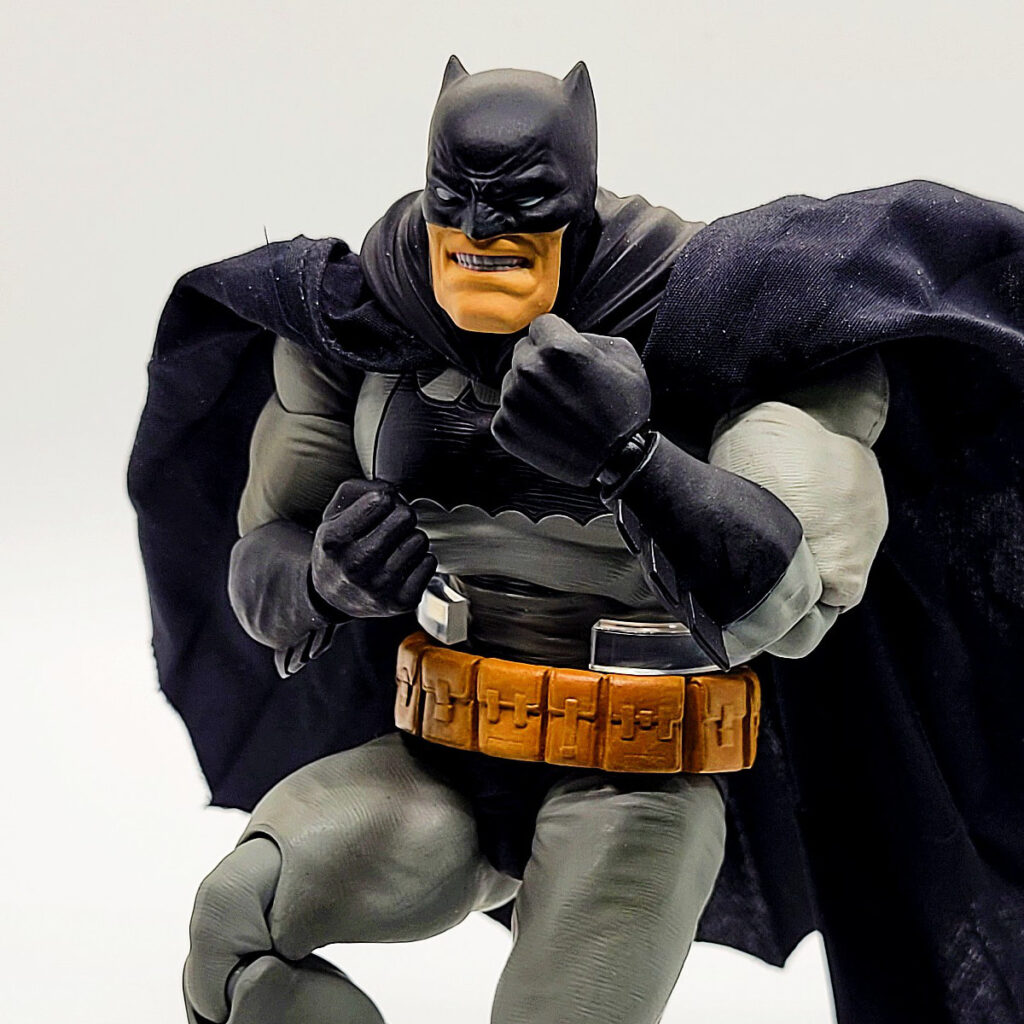 Batman’s legs feature the standard Mafex dropdown, allowing him to get into some nice splits, kick forward very far, but not back as much. He has double-jointed knees which really bend nicely and finally great ankle pivot, swivel, and hinging, along with articulated toes.

I waited a long time to get this figure, mainly out of stupidity. Only after watching several reviews and realizing what an amazing collectible this is, did I decide to pull the trigger. This is truly my favorite Batman figure, and rather than being on display in the Geek Tower, he holds a prominent spot on my desk.

Being an import, the Medicom Mafex The Dark Knight Returns Batman is somewhat pricey, but even at the point of about $95 is worth every penny.

I’m eagerly awaiting the “sequel” figure to arrive, The Dark Knight Triumphant, which I should have by the time you all read this. I really cannot praise this figure enough. Appearance, articulation, and pricing gives this figure a solid five out of five toy boxes! And like the Dark Knight, it’s good to be back from “retirement.” See you all soon. Until next time, geek out! 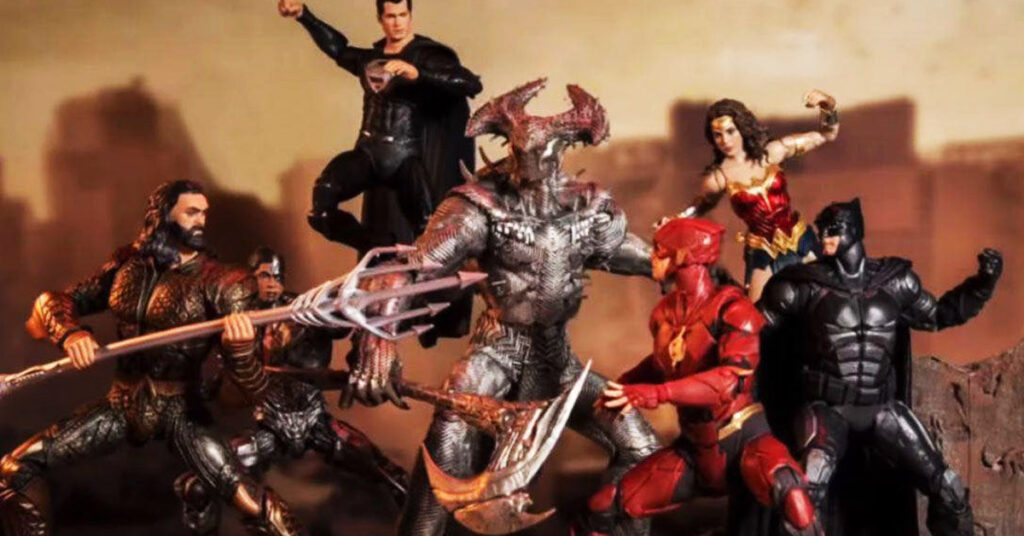