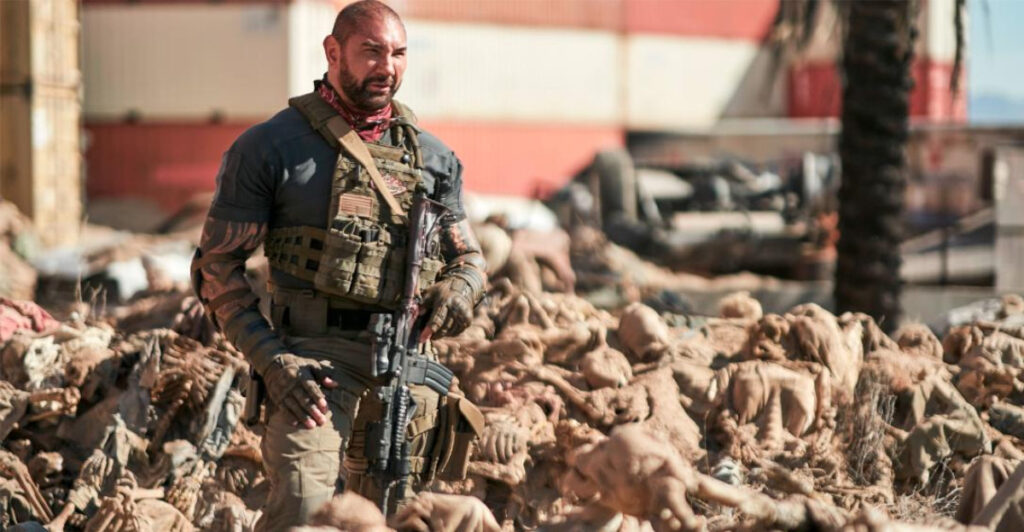 The Washington, D.C.-born actor is part Filipino; moreover, he’s been candid about his Pinoy pride. He told Yahoo Entertainment about being an Asian-American action hero:

I’m very proud of my heritage. I’m very vocal about it.

Nearly 20 years after Dawn of the Dead, DC director Zack Snyder returned to horror with Netflix’ Army of the Dead. It’s a zombie film in Sin City itself, Las Vegas. This will boast the most diverse casting of his career; notably, it’s led by Guardians of the Galaxy‘s Dave Bautista.

The lead role is relevant because of the recent height of anti-Asian crime. Dave Bautista commented on this issue:

I just don’t get prejudice, I don’t get bigotry. I wasn’t raised with it — it’s so foreign to me. I don’t understand why people are so hateful over such superficial things.

A significant example of an anti-Asian crime that made the news was the mass shooting in Atlanta in March. The tragedy claimed the lives of six Asian women.

If I can be that guy and be an inspiration to somebody, then with pride I want to be that guy. I think it’s a sign of people wanting to spread the message that this is who we are as a country: we’re different people coming from different places, but if we bond together we can make s*** happen.

Dave Bautista never shied away from calling out behaviors like racism and prejudice. He used his Twitter account to criticize people like former president Donald Trump and Fox television host Tucker Carlson. It is the actor’s way of fighting the issue.

There are more people pushing back than there are people who want to be stuck in the past — it’s just that the people that are hateful and express bigotry are loud and aggressive. Most people who want peace, love and harmony want to shy away from that, because it’s unnecessary and low-class. I think there’s more of us just starting to be like. We’re not going to let you be louder than us anymore. We’re tired of hearing from you, so we’re going to be louder than you, and you’re going to realize there’s more of us than there are you.

Projects like Army of the Dead and Guardians of the Galaxy Vol. 3, will have Dave Bautista’s scene-stealing skills broadcast even further. It’s nowhere but up from here for the half-Filipino actor. 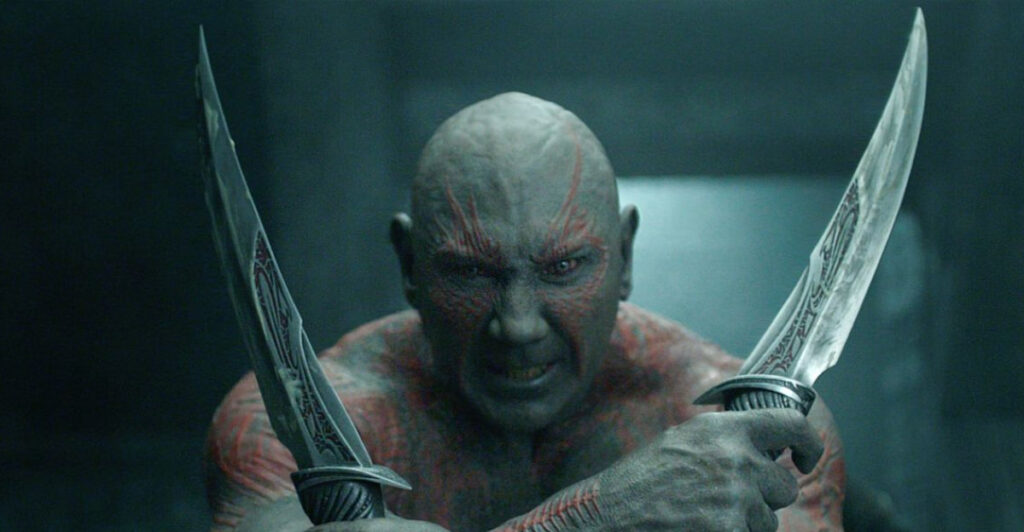 We have actors from all walks of life, backgrounds and colors with a killer movie. Each of these characters could have interesting prequels, and that doesn’t always happen. Usually supporting character get lost in the shuffle. Zack did a great job making sure every character was highlighted, and the film is this roller coaster ride of fun. I’m super-proud of it.

In light of all the hate crimes towards POC, I want to touch upon how short-sighted our current view on it is. We have this totally miniscule perspective on the true nature of these hate crimes. Limiting it to a “white guy=bad” kind of attitude is nowhere near helpful. It is no longer a ground-breaking thought how people of color experience racism/prejudice from non-POC; furthermore, it’s frustrating how an alarming amount of people stop the discussion at that.

I’m talking about how behaviors like bigotry and prejudice is something POC are perfectly capable of themselves; they are just as guilty. This issue has been so under the radar for so long because racism remains a sensitive subject for non-POC. It brings the same uncomfortable feeling a non-POC would feel when discussing the history of colonialism, racism, and slavery.

One of the earliest forms of racism I ever saw was not some white guy telling an immigrant to go back to their country. Rather, it was a Chinese man who moved to the Philippines, telling a Filipino man to “know their place” and “f**king learn who’s boss” in the Philippines. I think this has always put my perspective on racism in a different way.

With that said, I find it incredibly frustrating how people use anti-POC crimes by non-POC as a way to direct the discussion away from racism by POC whenever I bring it up. I find it to be a very disgusting tactic. It takes a lot of my self-control to not cause a scene when I see other Asians moan and groan whenever talking about how they had a bad experience with a non-POC only for them to do the same thing to my fellow Filipinos.

Being exposed to racist behaviors from a young age made me feel like this was normal. In other words, grown-ups did it, so how can it be wrong? I was told as a child that I was a hard-headed little girl. Looking back I’m grateful that I was and still am.

I also saw this battle to be somewhat more of a competition more than anything. It’s been made to look and feel like a war that is good vs. evil, or the bigots vs. everybody else. Nevertheless, I can’t help but see it as a fight on who gets to be on top, only to step on everyone else. The “it’s only okay when I do it” mentality is ever present. It’s also known as hypocrisy, accompanied with even more cruel “it’s our turn” kind of thinking. 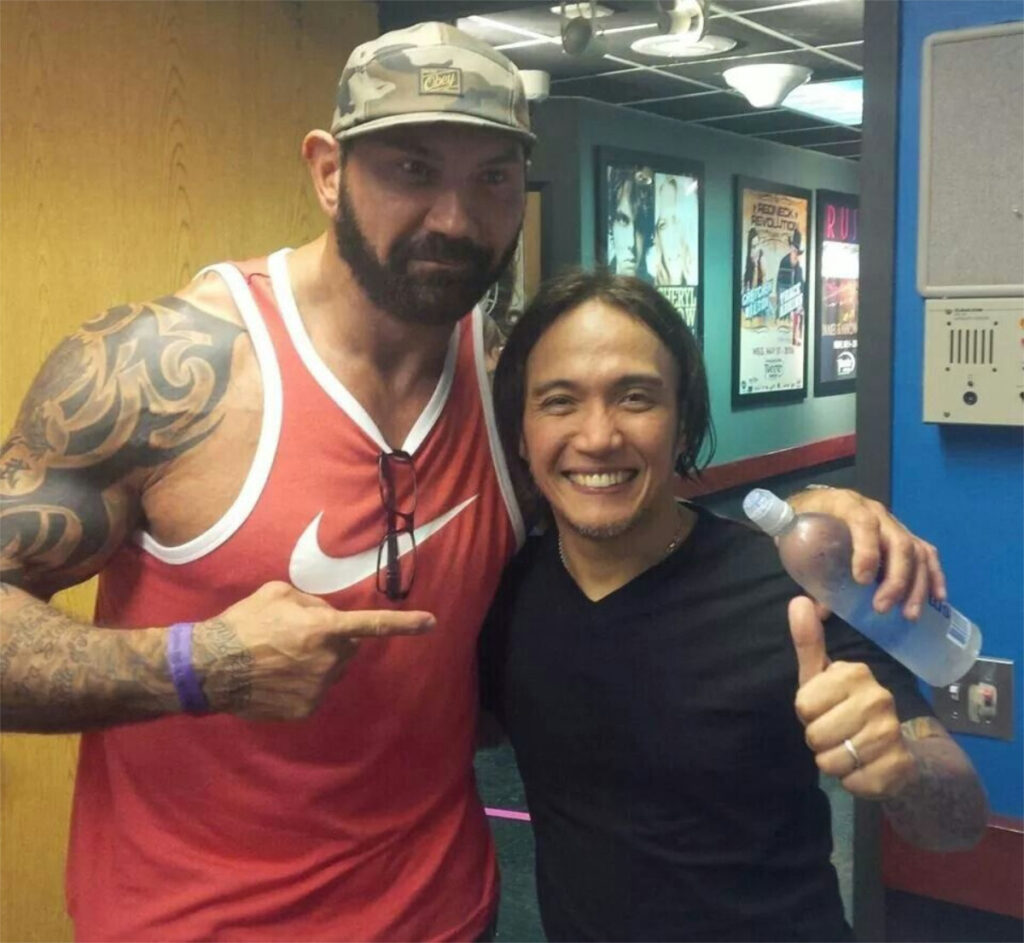 Another problematic thing I’ve come to notice is how it’s actively taught to children growing up. The racial stereotyping and verbal harassment is something even fully grown adults do. This includes ones who are raising children of their own. So I don’t really understand why people get uncomfortable whenever it’s brought up that kids that exhibit racist behaviors, or those who potentially adapt that mentality are rooted in the people who brought them up.

Racial stereotyping, slurs, and ignorance in culture and history: this is something we are all pretty much guilty of.

Well, besides acknowledging that we don’t know, we have to stop pretending to be the good guy and stop the victim mentality. What

I’ve written so far hardly covers a significant amount of what needs to be discussed; however, I don’t want this to be too long. I hope this will add to your perspective about life and people and the world around you.

Racism is a man-made invention; we can destroy it if we want to. 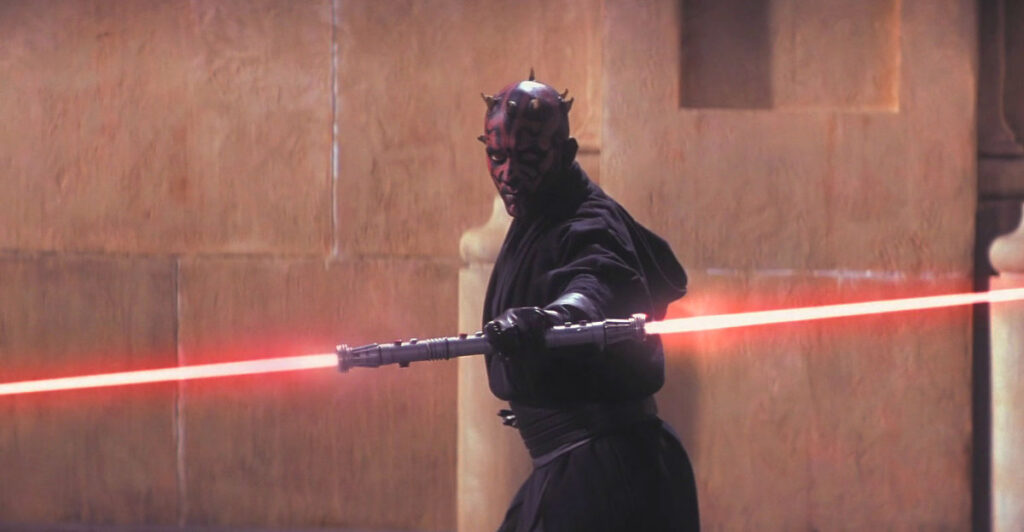