New DC Comics villain Punchline could be laughing and killing her way to HBO Max. After Disney dropped nuclear missiles on Investor Day, all eyes turned to HBO Max.

While HBO Max has large-scale original DC content already officially announced such as The Snyder Cut and Greg Berlanti’s Green Lantern series, it’s obvious to everyone that they are looking up at the House of Mouse grinning with their Infinity Gauntlet of MCU and Star Wars weaponry.

The Mandalorian’s season 2 finale generated the kind of long-term buzz for Disney+ that HBO Max covets. The Snyder Cut, for all the tremendous excitement it has generated among DC fans, doesn’t change the fact that Snyder is a polarizing figure to mainstream audiences, either loved or loathed, and it won’t interest the general public who have no idea what it is unlike Baby Yoda.

When a regular person is asked about Green Lantern, they will immediately think of the Ryan Reynolds cinematic flop.

So what can HBO Max do?

To get that kind of water cooler (or these days, zoom) conversation, they’d need to bring the Joker or Harley Quinn to the streaming channel.

But they can’t, at least not starring in a live action series. 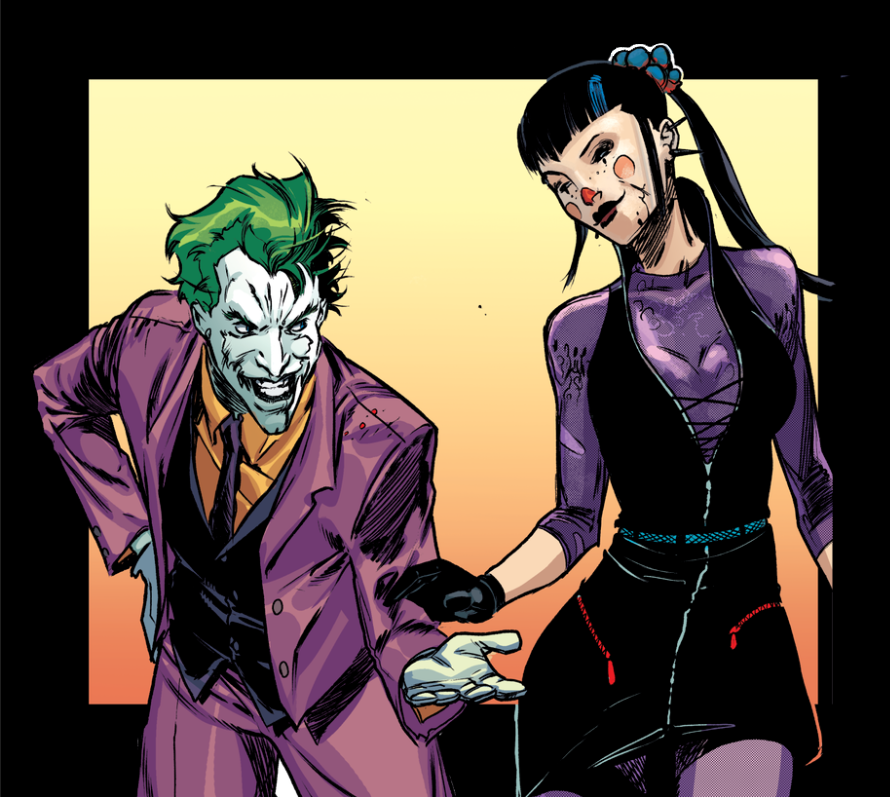 Yes, there might be a version of the Joker who’d pop up on an HBO Max series as a guest villain, but WB is concerned a Joker show would take away interest in another theatrical film. And Quinn has been pretty much adopted by Margot Robbie for a while although the Birds of Prey sequel won’t take flight.

So DC goes to its bench and looks for a solution.

They can’t use the Joker, but they can bring in a Punchline.

In March, Punchline quietly showed up in a Lords of the Longbox LTS for DC Films.

With COVID-19 raging, the release of vaccines still won’t open theaters on a grand scale for a while. And Disney+ is on HBO Max’s mind.

I’m told there have been discussions for a Punchline TV series on HBO Max. No development has begun yet. They’re talking, tossing out ideas. From a marketing POV, Punchline may be no Joker but she’s no joke, either.

Execs see her as a cross between the Joker and Harley Quinn, and that equals subscribers. We’re not talking Mandalorian numbers here, but an R-rated, violent, dark female Joker is the stuff of streaming fantasies.

Punchline is Joker’s girlfriend and there is the possibility for him to guest. Will it be Jared Leto? That’d be the smart move. However, since there’s only chatter at the moment, that remains to be seen.

This scoop was originally published December 18th, 2020 on the GeekosityMag.com beta website.