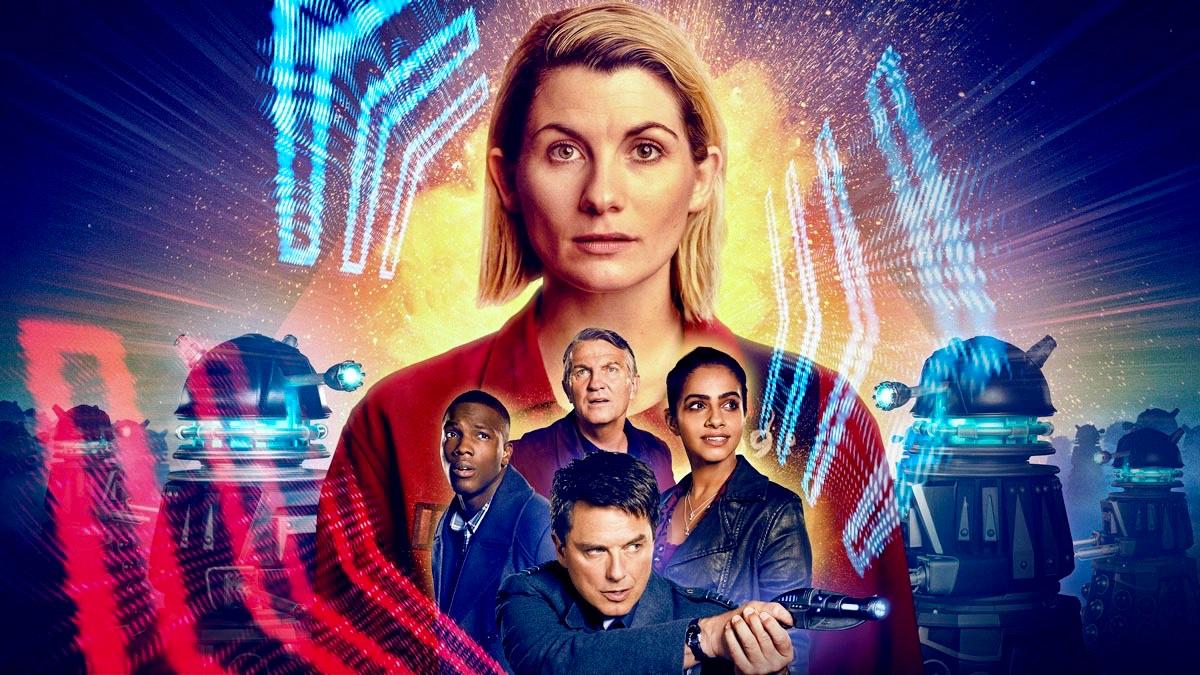 Review: Doctor Who: Revolution Of The Daleks

The Thirteenth Doctor and friends made their return on New Year’s Day once again for one of the best episodes of her era yet with the return of one of Pop Culture’s most iconic villains and the return of a fan favourite companion.

The story is a continuation of 2018’s New Year’s special: Resolution. The remains of the reconnaissance Dalek who was the primary villain of that story is stolen by American tycoon Jack Robertson (Chris Noth) who previously appeared in the series 11 episode: Arachnids In The U.K. who plans to create ‘Defence Drones’ from the remains, while the Doctor (Jodie Whittaker) is separated from her friends and still imprisoned on the other side of the universe in the Judoon’s maximum security facility with only one hope of escape: Captain Jack Harkness (John Barrowman). While her friends: Yasmin Khan (Mandip Gill), Ryan Sinclair (Tosin Cole) and Graham O’Brien (Bradley Walsh) back on earth 10 months later try to readjust to normal life with only Yaz not being able to move on from her time with the Doctor. The opening scene involving the theft of the reconnaissance Dalek’s remains is both thrilling and chilling, the moment you see that first functioning Dalek emerge from the smoke you know things are about to get serious. The prison scenes are excellently done, with some welcome surprises and phenomenal performances from Jodie and John who have a terrific chemistry. It also shows how much time has passed for the Doctor and by the looks of it it’s been a century at most. The escape however is entertaining and fun to watch but it feels like it was way too easy. There were no guards to try prevent them from escaping and the fact Jack managed to smuggle in a Vortex Manipulator and a “Breakout Ball” into a Judoon maximum security facility his typical “You really don’t want to know.” way so easily was amusing and classic Jack but it took away the excitement from how the Doctor would escape after months of waiting, I was hoping for something more thrilling and tense. Moving forward, the final battle with the Daleks delivered on every level with the original Daleks going to war with cloned reconnaissance Daleks and the Doctor outwitting her oldest enemies yet again with a clever twist and some of the most spectacular visuals in the show’s history. Seeing two factions of Daleks face off against each other was a real treat for both classic and new who fans as towards the end of the show’s classic run there were two Dalek factions at war with each other much like in this episode so seeing a new Dalek civil war will surely get classic fans feeling nostalgic. The episode ends with a farewell to companions Ryan and Graham which turned out to be much more emotional then I expected. Following Ryan’s uplifting speech to the Doctor about change he decides his friends and his planet needs him now more than ever leading to Graham to decide to stay behind with his grandson. Their exit brought their story full circle with going back to the beginning with Graham helping Ryan once again try to ride a bike. The scene is wholesome and gives the characters a satisfying conclusion to their arcs leaving the door open to a potential return. 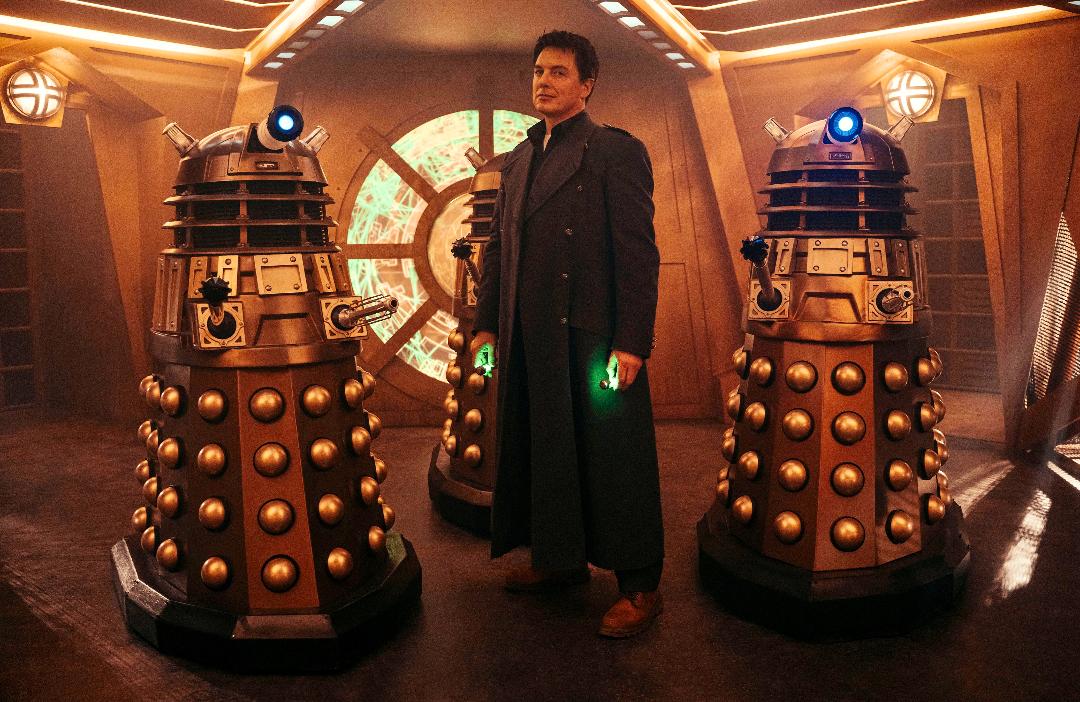 This episode is packed with call-backs and references to previous stories, characters and villains. The prison which the Doctor and Jack are incarcerated in has five old foes from previous seasons all make an appearance: a Weeping Angel, an Ood, a Sycorax, a Silent and the Pting are all seen the yard in their own fenced off section. Seeing all these familiar faces was welcome surprise to long time fans of the show’s revival and with recent set photos from series 13 seemingly confirming the Weeping Angels will be returning once more along with other well know enemies: the Sontarans, it’s safe to assume we’ll continue to see more and more classic foes in the years to come. The return of Captain Jack being the biggest call-back of all to earlier episodes drops the best references with a hilarious call-back to his first meeting with the Tenth Doctor (David Tennant) in the 2007 episode Utopia repeating the exact same question and answer they said to each other: “Have you had work done? You can talk!” Another fan favourite companion from the show is name dropped by Jack and that name was the Doctor’s original companion of the revived era: Rose Tyler. A name that would surely bring joy and excitement to nearly every Whovian. Jack brings her name up when revealing his past experiences with the Daleks and the origin of his immortality from the 2005 series finale: The Parting Of Ways. The final call-back comes near the end of the episode with another name drop in the form of Gwen Cooper (Eve Myles), Captain Jack’s partner from the Doctor Who spin-off: Torchwood. She still sounds like the same bad ass woman from Wales as Jack mentions how she destroyed a Dalek with a moped and her son’s boxing gloves. Hearing her name has left fans of both shows happy to hear her name again and left them hoping for a possible fifth series Torchwood with John Barrowman and Eve Myles reprising their iconic roles once again. Plus the episode opens up with a nice little nod to the opening of Star Wars movies with the tagline: A Long Time Ago (2019) Far Far Away (Cheltenham).

Despite the underwhelming prison break, Revolution Of The Daleks still manages to pull off an exciting story with an epic battle between two Dalek factions, a satisfying reunion for the Doctor and Captain Jack and an emotional exit for Ryan and Graham. Plus an intriguing first look into series 13 with the reveal that comedian John Bishop will portray new companion Dan, this episode still proves Doctor Who to be one of best sci-fi shows going. Highly recommend this episode and the show in general.