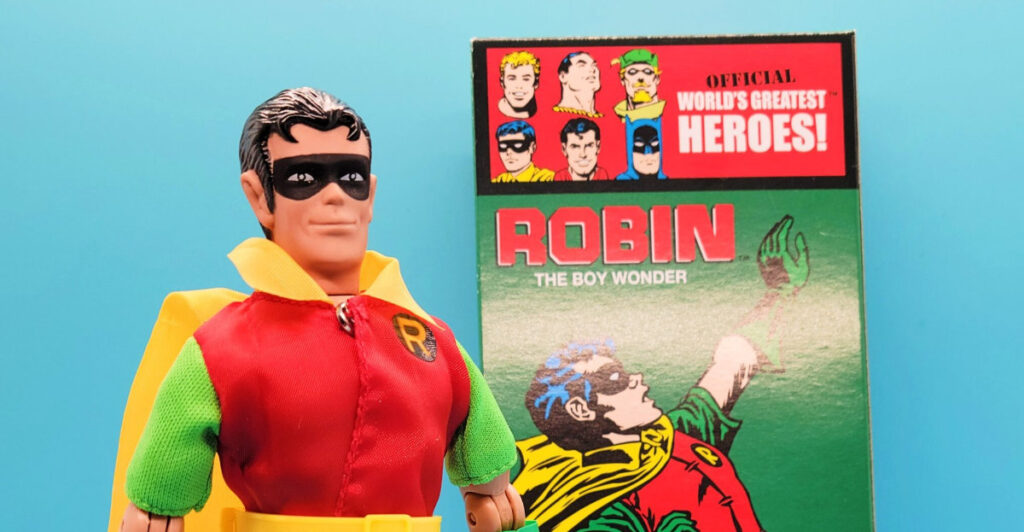 Figures Toy Company does an admirable job updating the retro styling into modern day with their line. As with the Batman and Superman figures, I also found this Robin amazing to look at. However, it’s destined to stay displayed in his packaging.

There are so many Robins to choose from including Dick Grayson, Jason Todd, and Tim Drake.

But let’s face it, this design is based on the OG Robin himself, Richard Grayson.

After witnessing his parent’s death in a trapeze “accident,” young Dick Grayson is taken in by Bruce Wayne.

The window box gives us a clear view of the figure. 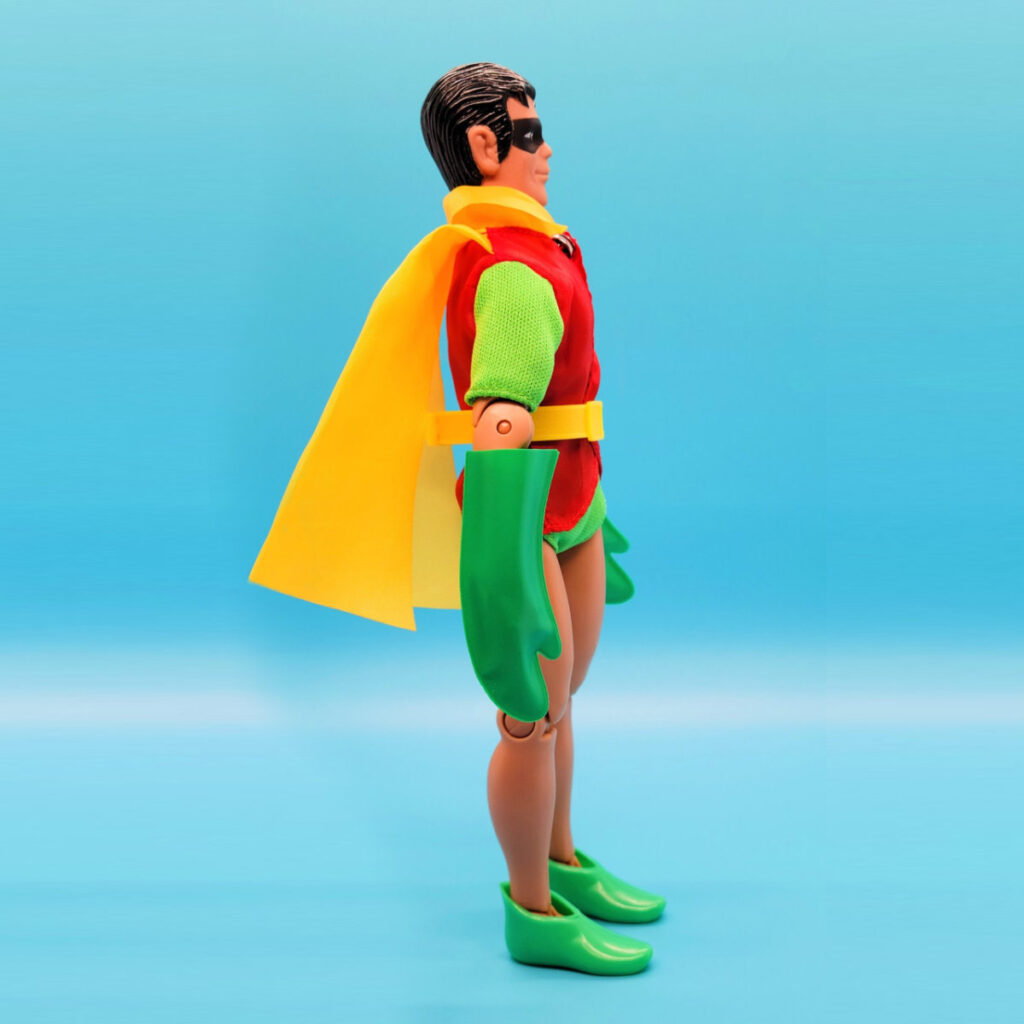 There’s also comic art-inspired “profile” pictures of the other available figures in the wave. In addition, a detailed rendering of Robin appears on the back of the package.

Robin himself is detailed very well with paint apps applied to his mask, hair, and eyes. His costume is made of soft goods. All the stitching was tight and didn’t bunch up at the shoulders or hips when articulated.

I’m not really a fan of the new cape, though, as it is folded and stitched to give a narrow profile. The original cape, as I recall, was open wider.

Robin comes with the famous “Mego Mitten”-styled gloves which easily fall off. I have so many memories of losing those darn things as a child. They’re very glossy.

I am pleased with the new styling for the emblems on each of my figures and feel that they will last much longer than their predecessors.

Robin’s pixie boots are made of an upgraded, harder plastic.  They have a distinct shine to them which looks fantastic. Unlike the original figure, I haven’t tried to remove these given that they felt as if they were glued on. 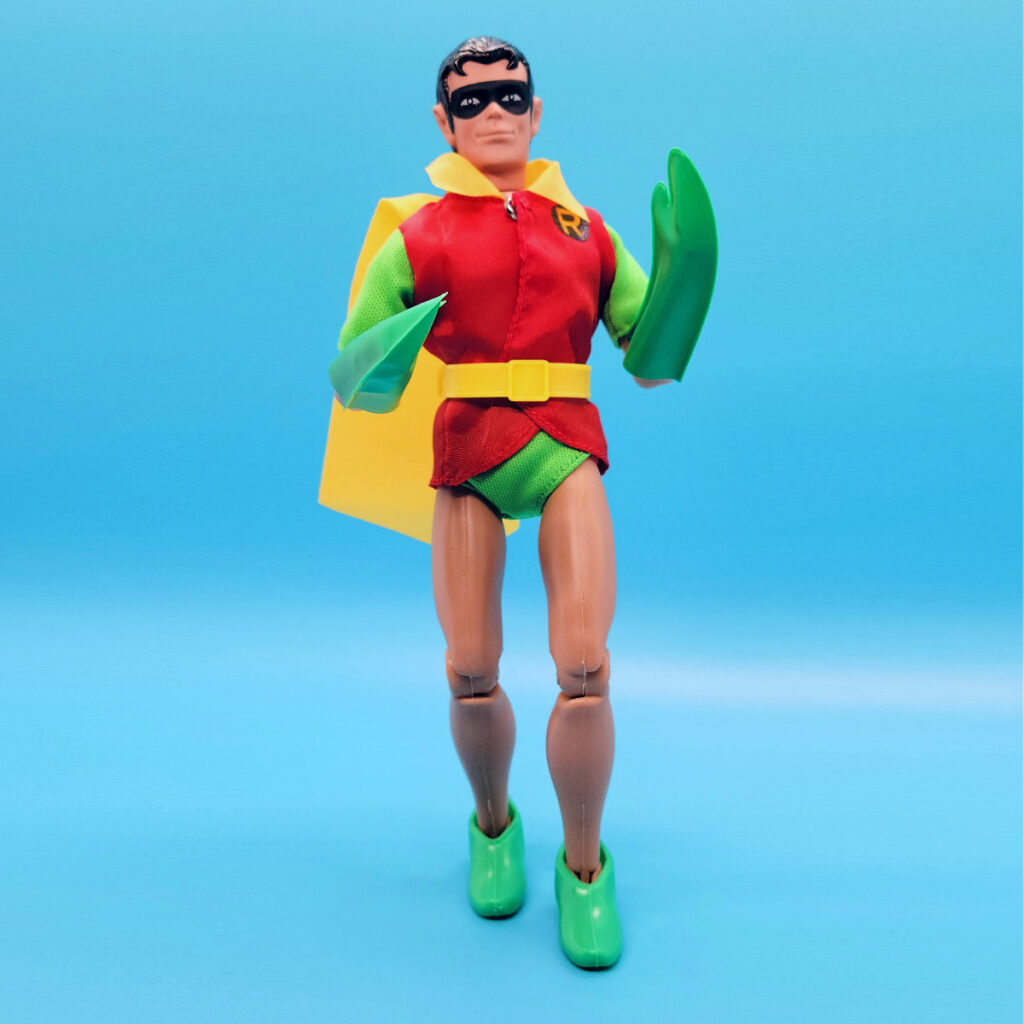 If anybody else buys these and is able to remove the boots, please feel free to shoot us a message and let us know.

As with the Batman, Robin’s belt doesn’t like to stay put. It’s centered on the figure and shifts to the side all too frequently. In other words, it’s kind of a nuisance, but it is what it is.

My greatest problem with this figure, which drops it from my favorite of the three to the bottom, is the articulation.

Robin’s articulation matches Batman and Superman’s as outlined in the following.

To truly match the retro styling, Figures Toy Company used similar joint mechanics as the originals. Robin’s head will only turn side to side.

The arms will rotate 360 degrees, but the cloth costume really limits the movement, so you’re only going to lift them above his head and that’s it.

The arms will move outward in a limited “T” pose.

The elbows will bend 90 degrees max and the wrists hinge. Robin does have some waist rotation, but the costume quickly swivels him back to forward facing. 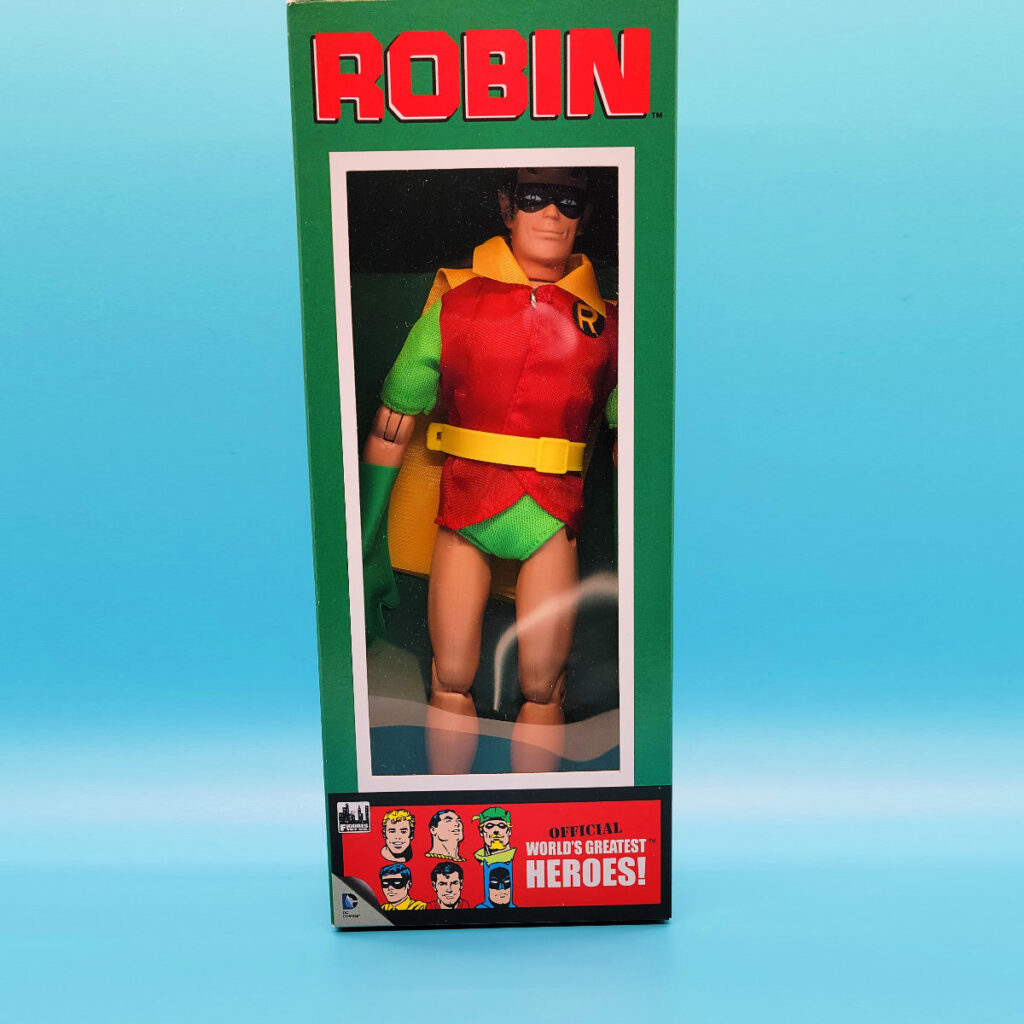 There is no ab crunch and the legs will only kick forward and back. The knees are single-jointed and bend 90 degrees. The feet hinge up and down but have no pivot.

The biggest problem with the articulation on this figure is that all of the articulation points are very, very loose. Getting Robin to stand for photos was a task in and of itself; moreover, getting him to keep a pose was ridiculously problematic.

Thankfully, his box keeps him upright; therefore, I won’t have to worry about him falling over and being damaged.

Overall, The Retro Robin is a fun trip back in time, taking me down memory lane and the good times I had being a carefree child.

I found this Robin on Amazon for about $30, which isn’t unreasonable for this style figure. Sadly though, the terribly loose joints really ratchet the rating down for this figure.

If you don’t intend to take him out of his packaging, he’s probably worth the investment. However, if you are looking to do some retro style photography, the loose articulation is just a detriment to the figure’s enjoyability.

Robin takes home a dismal 2 out of 5 toyboxes! Thanks for stopping in and reading through! See you all soon, until next time, Geek Out! 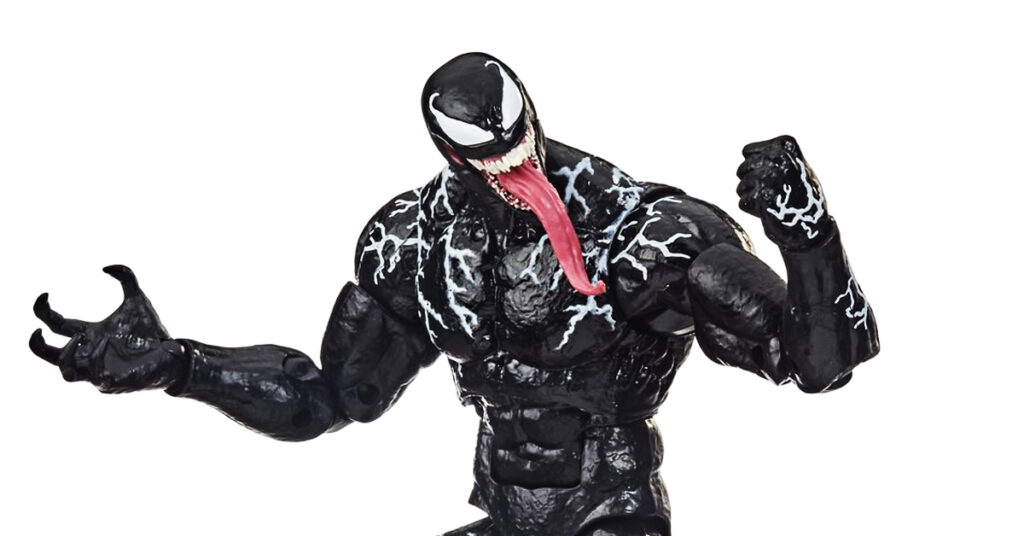