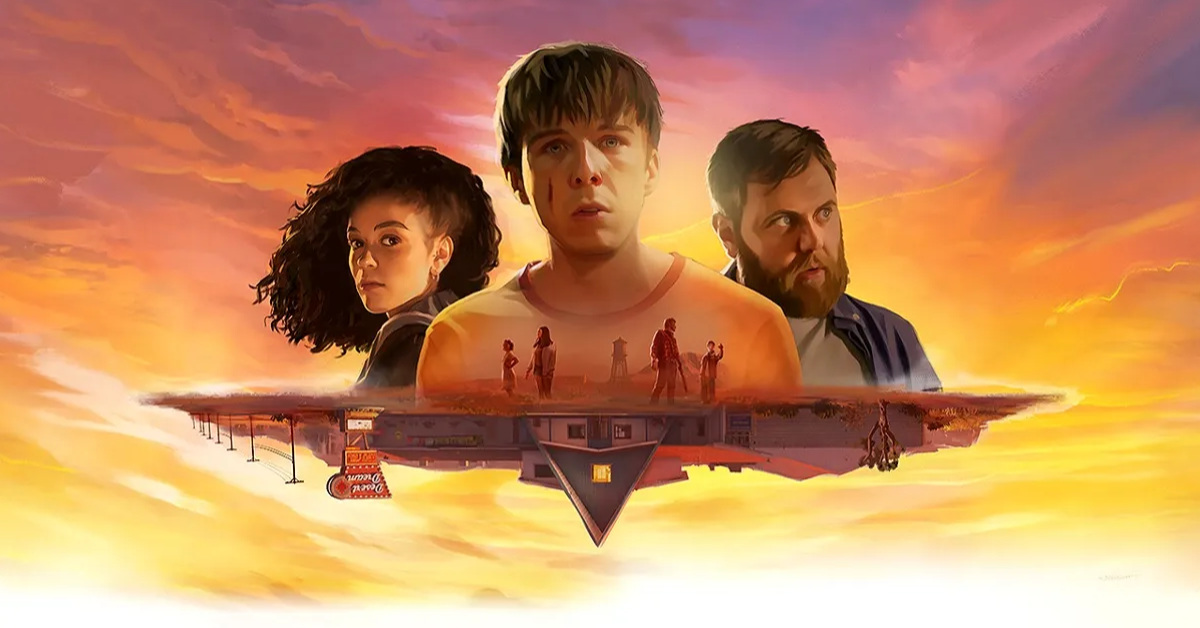 We check out Interior Night’s adventure game As Dusk Falls which is one of the latest Microsoft exclusives.

As Dusk Falls focuses on two sides of a story and is split into 6 chapters. The game is set in 1998 which follows the Walker family with Vince, wife Michelle, daughter Zoe and Vince’s father Jim. They are on the move to another state to start a new life. The story also follows the Holt brothers Jay, Tyler and Dale as they rob a house. Their world collides and both families’ lives will be changed forever.

The game is labeled as an adventure game. But mind you that this is more like a lighter version of Tell Tale games style of adventure. If you’ve played point and click adventure games, then you know what you’ll be getting into. Personally, I think of the game more like an interactive movie or since the chapters are about one hour each, it feels more like a TV series. Now since this is story heavy, the question is, is it really worth your time?

It’s All About The Narrative 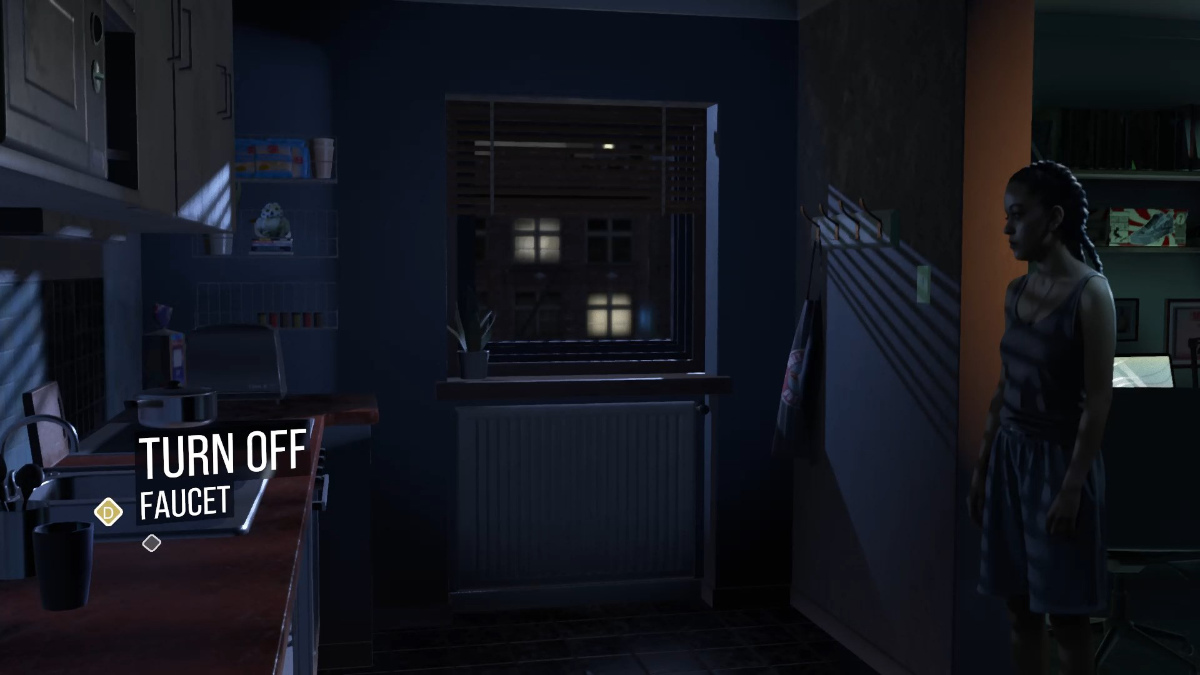 Storywise, “As Dusk Falls” is good. There is no drag as far as I’ve experienced. Initial gameplay can last 6 to 7 hours. The only reason why it will last more than 6 is because some points in the game don’t have a time limit. The first half of the game focuses on the motel, which is the high point of the meet up of both families. The second half focuses on the aftermath. That can feel like a let down after going through a highly intense first half. But still, I found the story very interesting.

I found Chapter 4 and 5 a little off for the reason that it focused on characters we didn’t follow before. I mean, we started with focusing on Vince (Walker family) and Jay (Holt family) in the first three chapters. Then suddenly in the next couple of chapters we see refocus on another character that was not involved in the story except it does help with a little backstory. And another side character that only helps establish how one semi-main character ends.

Interior Night’s As Dusk Falls ends on a cliffhanger that I won’t elaborate on. Which is a bit disappointing because it means that this game has to succeed for us to see what will happen next. But the main story is done.

We Need To Take Action 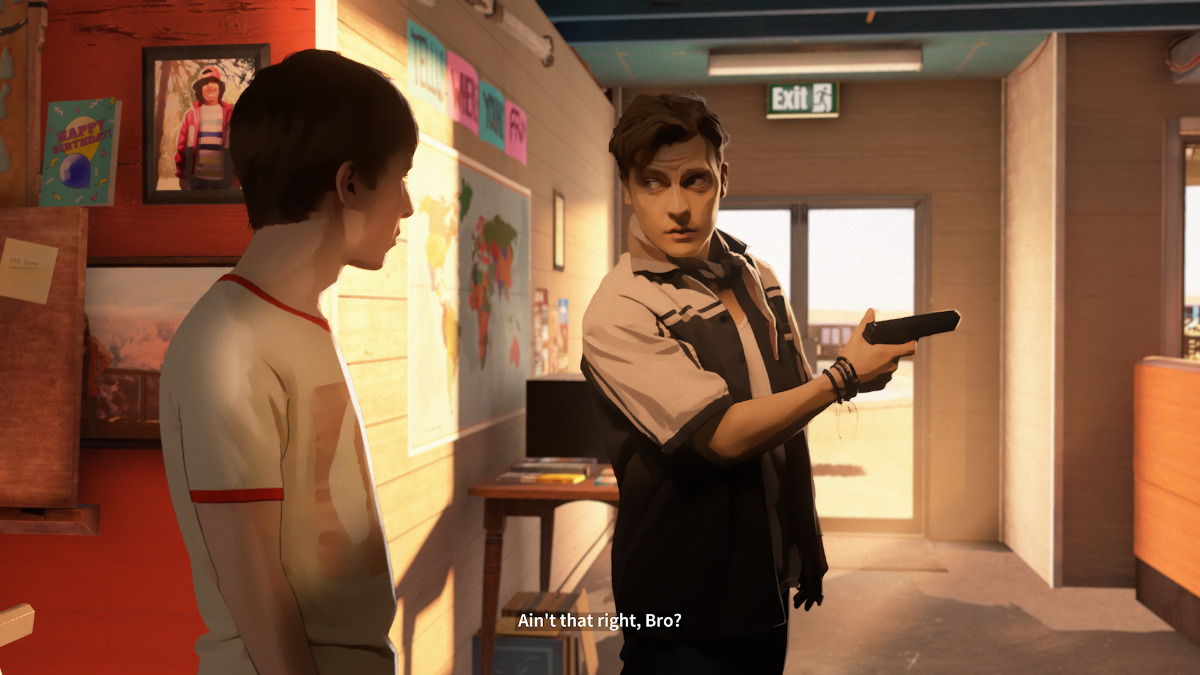 The gameplay is very simple to the point that I even question if it’s still a game. Most of the time you just have to choose an option which to answer. Some of them will be time limited too. Sometimes there will be quick time events. And once in a while you get to do that point and click mode which is typical with point and click adventure games.

What disappointed me with Interior Night’s As Dusk Falls point and click adventure is that you don’t have the ability to explore. If you are hoping that this will be like Life is Strange, it is not. There is no exploring or running. Most of the gameplay focuses on choice and the results of your quick time events.

It is interesting that they even included a multiplayer component for a single player game. Adventure games are generally made for a single player. But the gameplay only affects a choice of the ingame character based on the majority of the player’s choices. So, even if the main player decides to do one thing, the character may do something else because of other players’ choices. It’s interesting that you can also download an app for your phone to join in the game. And it also encourages you to do Twitch, where you can indicate your username so you can stream and add guests to join the game. 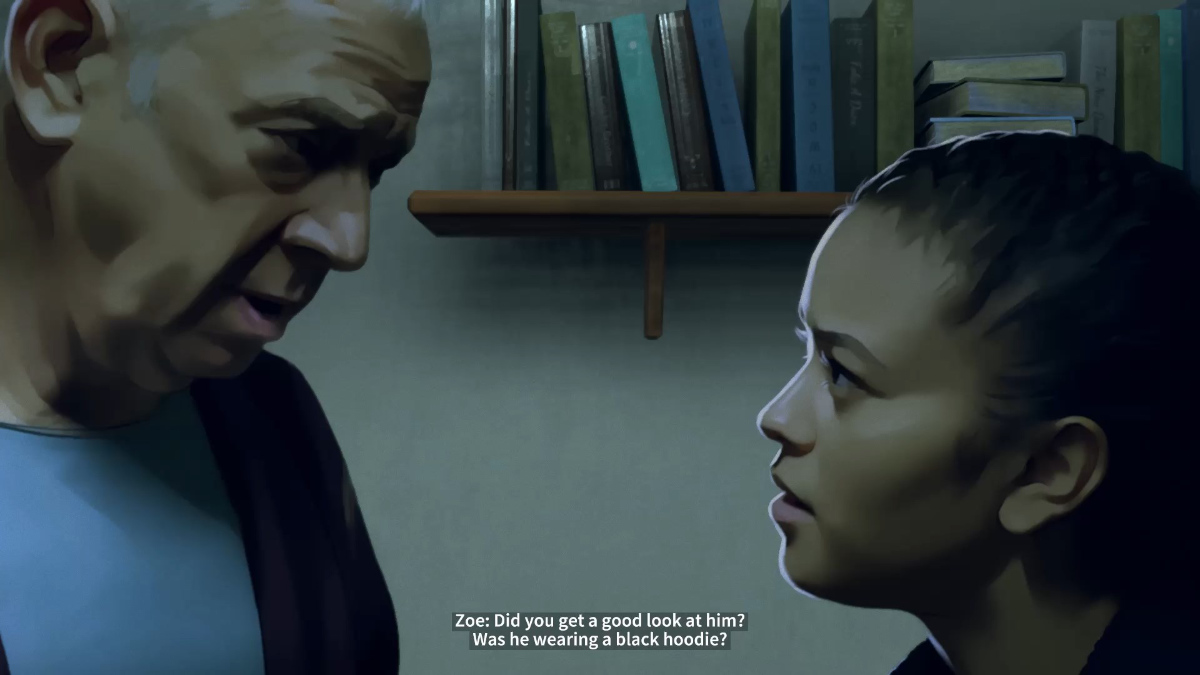 What I like about the game is the amount of things that could happen. Each small decision you make will impact the next event, and even the next chapter. I mean, after finishing a chapter, it shows you all the possible number of outcomes. It shows it without revealing the what if scenario.

I think after finishing a game, most people are compelled to try to get to those other events. You’ll make the best out of the game if you keep repeating it. That is until you are able to unlock all the possible outcomes. I think that is the only challenge for the game. Figuring out how to get all the events and endings.

It’s A Work Of Art That Needs Work

The graphics are visually okay. It’s like watching a slide show of paintings, while the background or environment are rendered in full 3D. The paintings of the characters are great, it reminds me of some animated shows that use that particular style which was fine for me. What bothered me was the 3D rendered background. Most of the time, the background doesn’t feel realistic enough. There are times that the environment looks like it comes from the Xbox360 era. I’m not kidding. Also, there are times that the background looks fitting and great.

Somehow, the graphics don’t feel that it justifies being on an Xbox Series X/S. I do have to say that when I was playing it on the Xbox Series X, the background stood out looking very flat. But when I was playing it on the PC, it felt a tad better. I think that is because my PC uses a smaller screen, so I was less bothered with the graphics. Then again, I am talking about the background. Everything that needs to be focused on is hand painted which looks amazing. 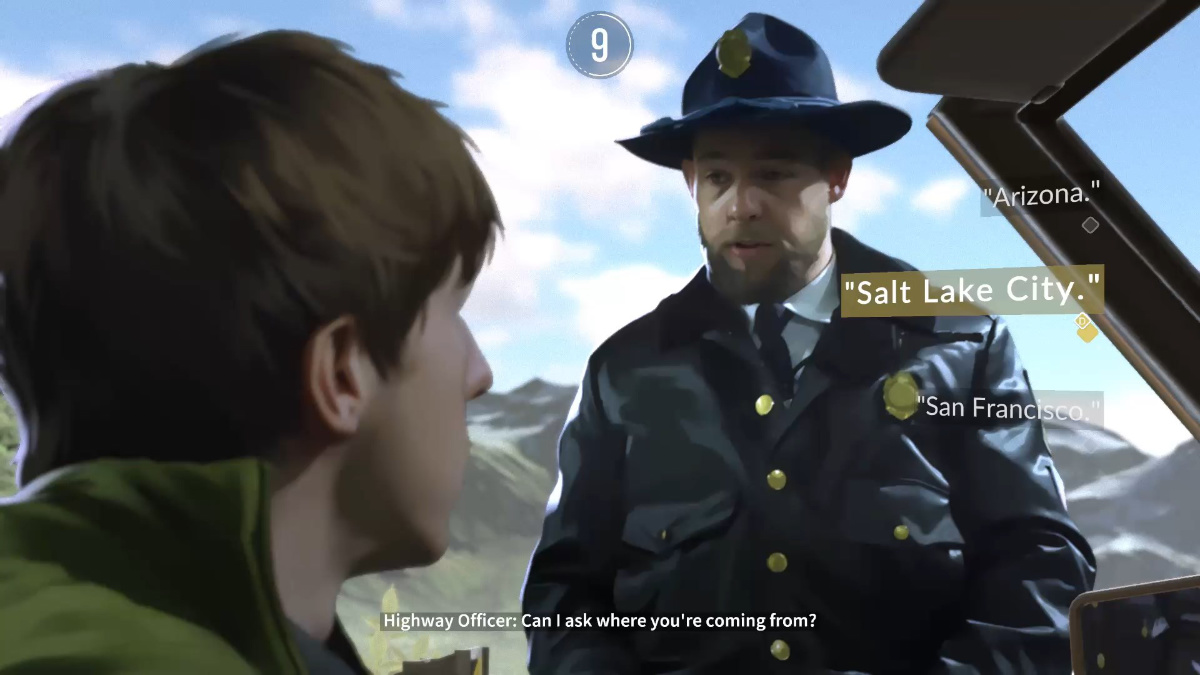 In general, the game is good. Not because of the gameplay, but the story is well-written regardless of the outcome. But I think people can argue if this is actually a game. It seems that it’s an interactive movie similar to Netflix’s Black Mirror: Bandersnatch or Minecraft: Story Mode.

This is Interior Night’s first game, which in terms of quality, is amazing. I was actually intrigued from start to finish. I want to see what will happen in the next chapter. But as a game itself, it feels it needs more than just small quicktime events and multiple choice answers.

I’m giving it a score of 3.5 out of 5. Because of the quality of the work done. But I can’t give it high marks. Mainly because I was looking forward to a game, not an interactive movie.