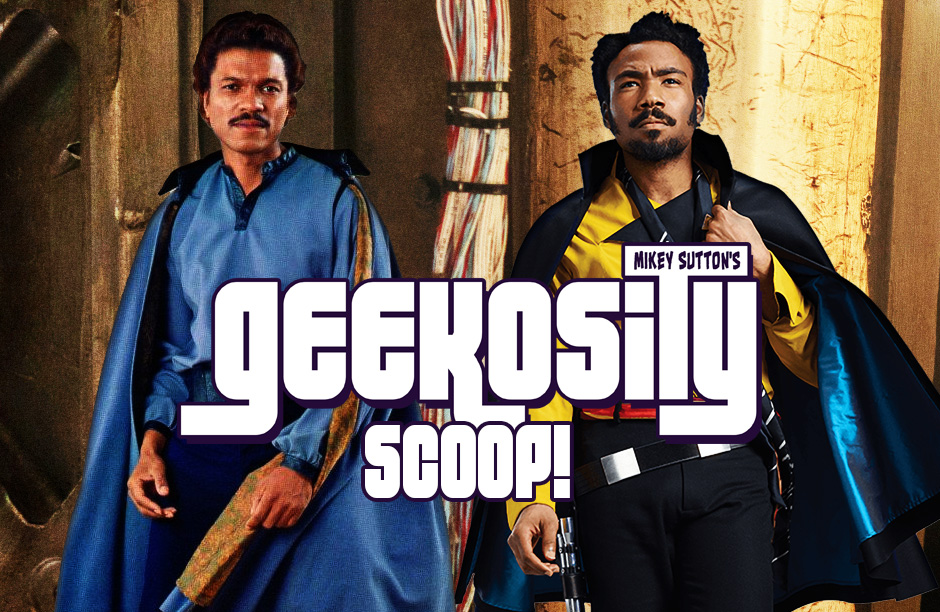 The Lando TV series announced on Disney Investor Day may have been a shock to some but not to my followers as I scooped the show for the 3 Buck Theater YouTube channel way back on November 2019.
At the time, a little more than a year later after the box-office failure of Solo, the first theatrical live-action bust for Star Wars in its record-breaking history, it seemed difficult to believe for the skeptical. After all, Lando played a significant role in Solo. However, as slyly portrayed by Donald Glover, young Lando did win over audiences even though the otherwise fine film sadly didn’t.
Glover’s warm reception in Solo and increasing popularity is something Disney has been wanting to feed into. Neither Glover nor the original Lando Calrissian, Billy Dee Williams, were mentioned, though, leading people to ask: Who’s Lando? From what I’m hearing, the answer will be both actors.
The Lando program will apparently open in the present time, shortly after the events of The Rise of Skywalker. The show will move forward back and forth between interconnected stories, with the contemporary Lando and his daughter Jannah (Naomi Ackie), who was introduced in Rise. Those segments will cut to the past with Glover and possibly Luke Skywalker, and Sebastian Stan is being courted to play him.
If the format sounds familiar, it is reminiscent of Arrow and its use of flashbacks but it’s unknown how much of Williams will be seen; he might just be in the beginning and at the end with Glover carrying most of it. Williams was only in his 40s in Return of the Jedi, and Glover is actually nearing 40 himself, making him as close to capturing Williams in the time period as possible.
Video:
Share23
Tweet
Pin
Reddit
Share
23 Shares