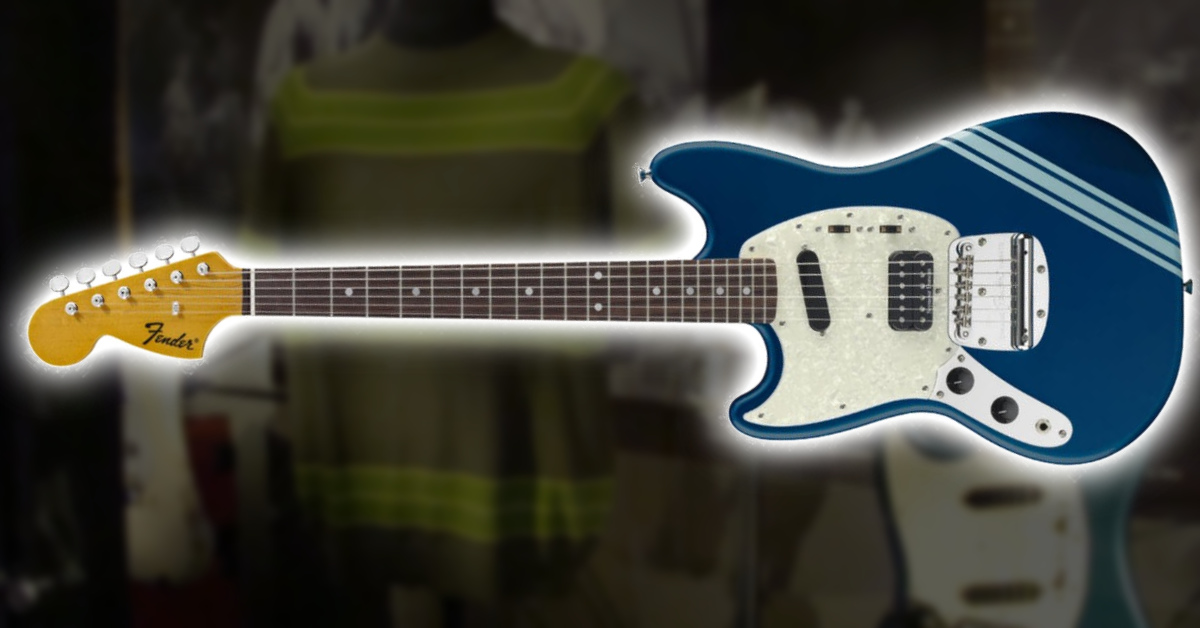 Kurt Cobain’s Fender Mustang guitar used in Nirvana‘s “Smells Like Teen Spirit” music video is up for auction for the first time.

I was listening to 107.7 The End the night DJ Marco Collins world premiered it.

Marco Collins is in the Rock and Roll Hall of Fame as a DJ. Collins and Sutton have been friends since 1991. Moreover, Sutton contributed to The Glamour & the Squalor, the 2015 documentary about Collins’ life. His name is in the credits twice.

When MTV debuted the music video of “Smells Like Teen Spirit” on September 29, 1991 on the show 120 Minutes, it spread like wildfire. Suddenly you can hear it all over the radio and MTV. Nevermind exploded. Nirvana gained commercial and critical success.

In the U.K., it charted for three and a half years. Rolling Stone magazine listed it as No. 2 of 1991’s best singles.

Even today, the song still catches the attention of many. In fact, the music video put on YouTube on June 17, 2009 has now reached 1.46 billion views.

Kurt Cobain took his own life on April 5, 1994. But his and Nirvana’s music is immortal.

The guitar that Kurt Cobain used in “Smells Like Teen Spirit” has been on display at the Seattle’s MoPop Museum of Pop Culture for 12 years. Now Julien Auctions’ Music Icons event will auction it from May 20 to 22 at the Hard Rock Café New York and online at julienslive.com.

Talking about the Fender Mustang, Kurt Cobain said on his last interview with Guitar World in February 1992:

I’m left-handed, and it’s not very easy to find reasonably priced, high-quality left-handed guitars. But out of all the guitars in the whole world, the Fender Mustang is my favorite. I’ve only owned two of them. 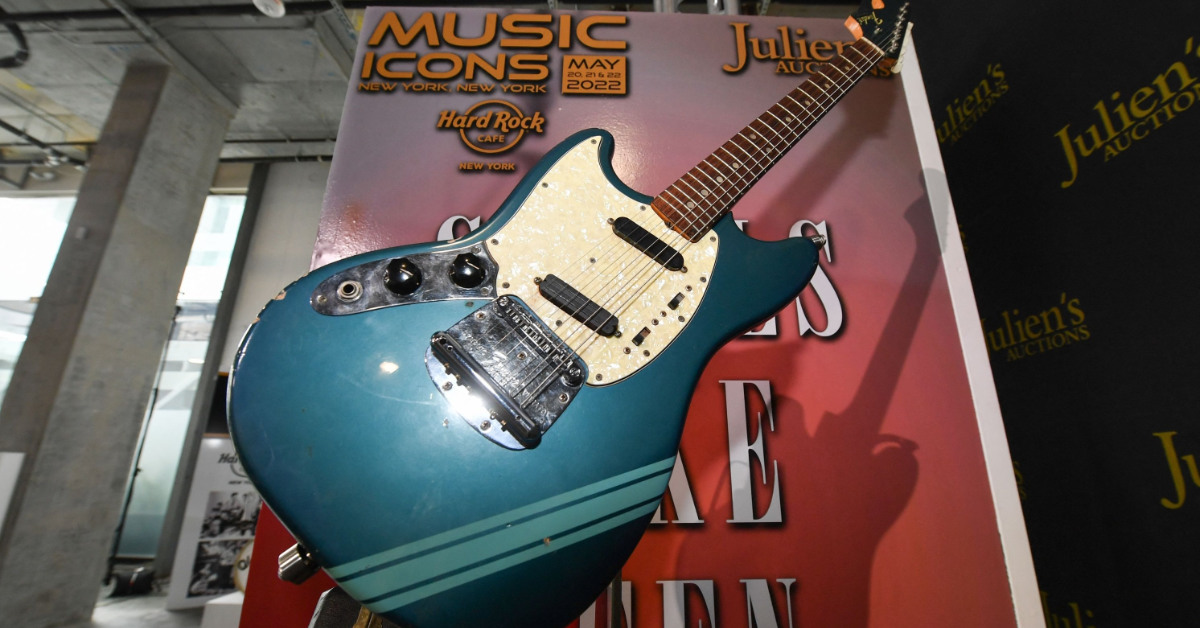 He has used it on occasion in his live performances. Furthermore, Kurt Cobain damaged it during Nirvana’s Tree Club show in Dallas in 1991. The guitar had a broken neck joint that was repaired. Julien’s estimates the selling price of the guitar at $800,000. It’s not far off that it may even reach $1 million.

Related Kurt Cobain items are the 1965 Dodge Dart Car, an All Access Tour Pass Nevermind Tour 1992 and other pieces.

Some of the proceeds of the auction will go to Kicking The Stigma, a mental health charity. The charity was founded by Indianapolis Colts owner, Jim Irsay.