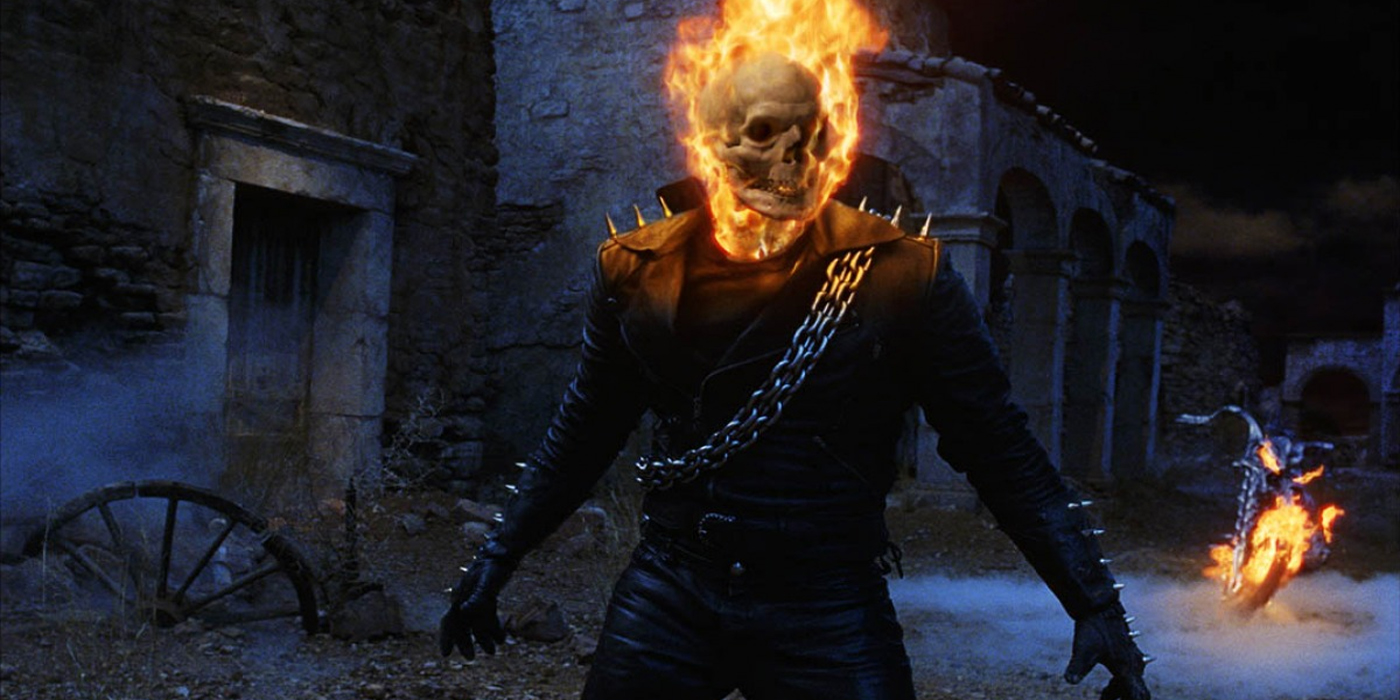 When Ghost Rider reappears in the MCU, he will once again be possessed by a demon. According to insiders, this won’t just be a demon, but the Satan of Marvel Comics: Mephisto.

In the comic books, stunt motorcyclist Johnny Blaze agrees to a deal with Mephisto to save the life of his surrogate dad, Crash Simpson, who was dying from cancer. The agreement was bogus as Simpson eventually died in a stunt. When Mephisto is unable to acquire Blaze’s soul, he bonds him with the demon Zarathos, becoming Ghost Rider.

Throughout the ’70s and ’80s, Ghost Rider was arguably Marvel’s most popular cult hero. Clad in blue leather and with a flaming skull, he was Marvel’s most heavy metal of characters. In fact, he was so rock & roll that the punk/New Wave band Suicide named a song after him, 1977’s “Ghost Rider,” which had the lyrics, “Ghost Rider motorcycle hero/Hey, baby, baby, baby he’s a lookin’ so cute/Sneakin’ ’round, ’round, ’round in a blue jumpsuit.” (It would later be covered by the Rollins Band in 1994 for The Crow soundtrack.) 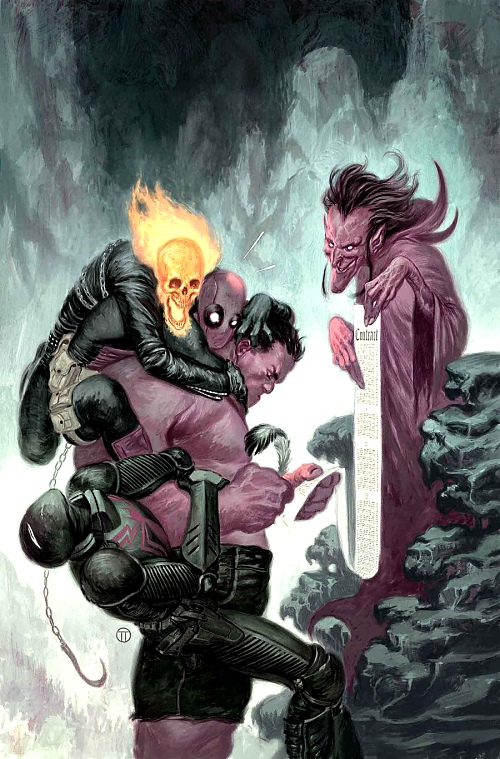 Sony released two theatrical films, 2007’s Ghost Rider and 2011’s Ghost Rider: Spirit of Vengeance, starring Nicolas Cage as Blaze. When the rights reverted back to Disney, he made his MCU debut on the TV series Marvel’s Agents of S.H.I.E.L.D. in 2016. That version, while still rooted in the comics, belonged to Robbie Reyes, played by Gabriel Luna.

The Reyes Ghost Rider had a different origin than Blaze on both TV and in the comics. On Agents of S.H.I.E.L.D., Reyes is transformed into the Spirit of Vengeance by The Good Samaritan, who is seemingly like Blaze. However, Blaze was never named on the show despite Luna’s public revelation of his true identity. There were no references to Mephisto, either.

Sources tell me that Mephisto’s soon-to-be-revealed presence on WandaVision on Disney+ will plant seeds for Ghost Rider’s return. Marvel Studios head Kevin Feige has larger, more ambitious plans for the character, fueling him with the kind of power set and fiery FX he’s never received before.