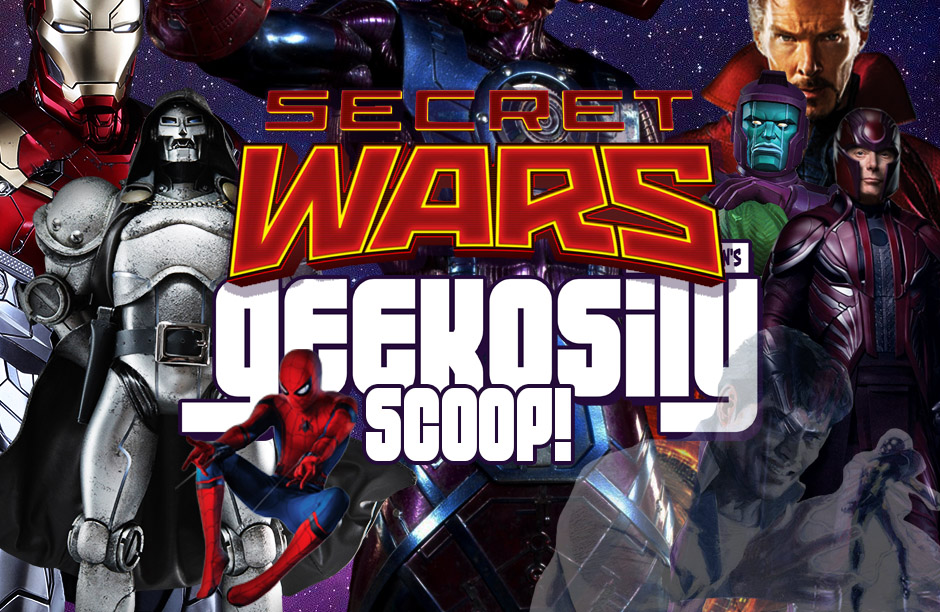 For those who’ve been following me for a while, this is not new information. I initially reported Secret Wars throughout several YouTube channels on October 2019. But plans continue to shift, to expand. To readers familiar with my original scoops, consider this a significant update; if you’re new to this, brace yourself.

Secret Wars will not just be two event films such as The Infinity War and Endgame.

Rather, like the old comic books themselves, it’ll be a line-wide crossover, a series of MCU films and Disney+ TV series telling a different part of the story until they are all linked together in the cinematic finale(s). If it proceeds like it’s being discussed, it will be a mammoth and ambitious undertaking.

First of all, it’s going to apparently be a mash-up of the 1984 Marvel Comics limited series and the 2015 makeover.

From the 1984 version written by Jim Shooter and illustrated by Mike Zeck and Bob Layton, Doctor Doom, Galactus, Magneto, and Kang the Conqueror are the key villains but what sides they’ll take may be what you don’t expect. The grey area between good and evil will be at play here depending on the situation.

The main foe is the Beyonder, and he will transport various MCU heroes and bad guys to different alternate Earths in the multiverse to fight one another. The planets become Battleworlds just like in the comic books. Now this isn’t going to be Civil War on steroids.

The Avengers aren’t throwing fists at other members; rather, they are going to face alternate versions of themselves which I’m told is being developed to be the Squadron Sinister for the Avengers. For the X-Men, there are whispers of the new MCU X-Men facing some of their Fox counterparts; the actors, that is, as these will be their Brotherhood of Evil counterparts with Magneto, the MCU reboot, on the good side.

Magneto’s superhero turn doesn’t end there as he will eventually lead the charge against Doom, which I revealed on May 23 on Lords of the Longbox on YouTube. Puzzle pieces; after a while, they begin to fit together.

Secret Wars will involve pretty much all existing superheroes in the MCU, including those on Disney+. Sound overstuffed already? Not quite as this tale will be told throughout several movies and TV series. Each film and TV program is going to focus on a different Battleworld.

As with the 2015 remake from writer Jonathan Hickman and artist Esad Ribić, there are early talks of utilizing the God Emperor Doom version of Doom. This would give Doom another fresh coat of paint as he will be introduced in a Fantastic Four movie prior to this.

In October 2019, I leaked that the Spider-Verse part of Secret Wars will take place on a Planet of Symbiotes, their Battleworld. Insiders tell me that hasn’t been altered thus far but obviously it is going to be a collaboration with Sony. This is where Spider-Man could acquire his black costume as that has been discussed for a while now.

I originally reported that Mephisto is going to have a Battleworld with the Marvel Zombies. This might not longer be the case as such a premise is now considered for a Midnight Sons film. Nevertheless, Doctor Strange will have a prominent role in this story arc. In terms of heroic importance, Strange is going to be the Iron Man of Secret Wars. I don’t mean in terms of him dying – I have no idea – but how central he is to everything that unfolds. Along with the Illuminati, Strange is an integral part in stopping the Beyonder or Beyonders.

There is simply too much information to pack in a single article. In the days ahead, I will unveil what else I have. This is by no means complete or set in stone. However, the future map of the MCU is gaining clarity, puzzle piece by puzzle piece.