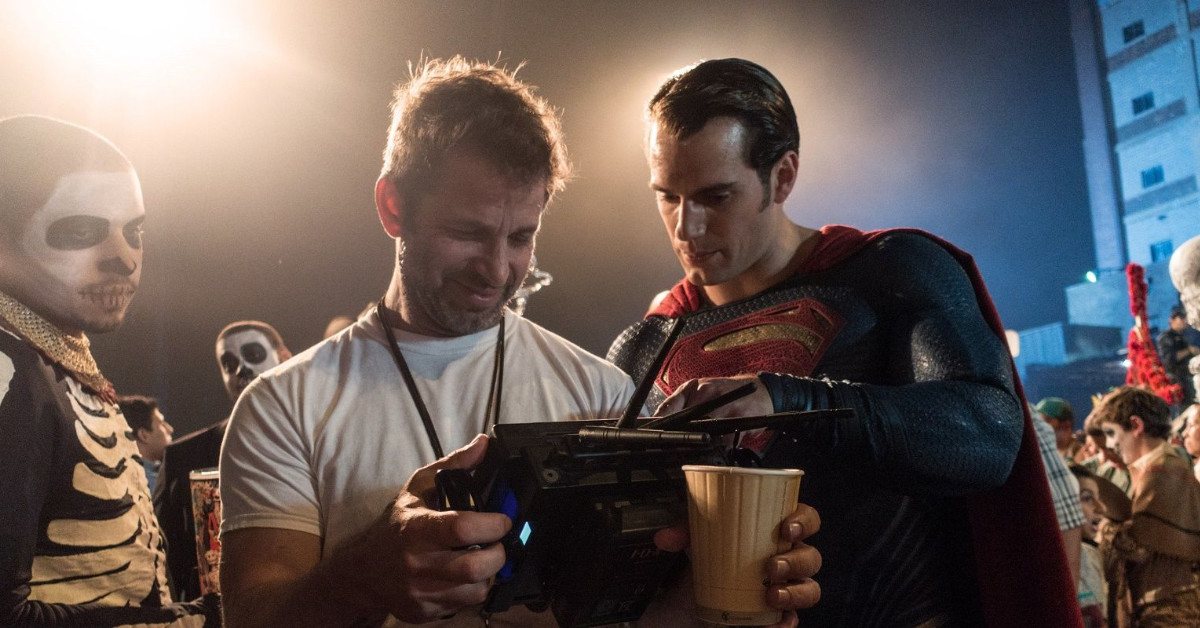 Zack Snyder teases his future with Henry Cavill’s Superman. On Zack Snyder’s official Vero account, he posted an earlier photo of him and Henry Cavill. However, it’s the caption that Zack Snyder wrote that ignited his fans. It said:

My Superman past present and future.

Future? Is Zack Snyder hinting at directing Henry Cavill in Man of Steel 2?

Certainly, another site would’ve brushed this off or completely ignored it. But here at Geekosity, we scratch and sniff at online clues like bloodhounds. This is a new world of social-media guerrilla marketing. You either pick up puzzle pieces or wait forever for those “official announcements.”

Zack Snyder Hints At His Future With Henry Cavill’s Superman 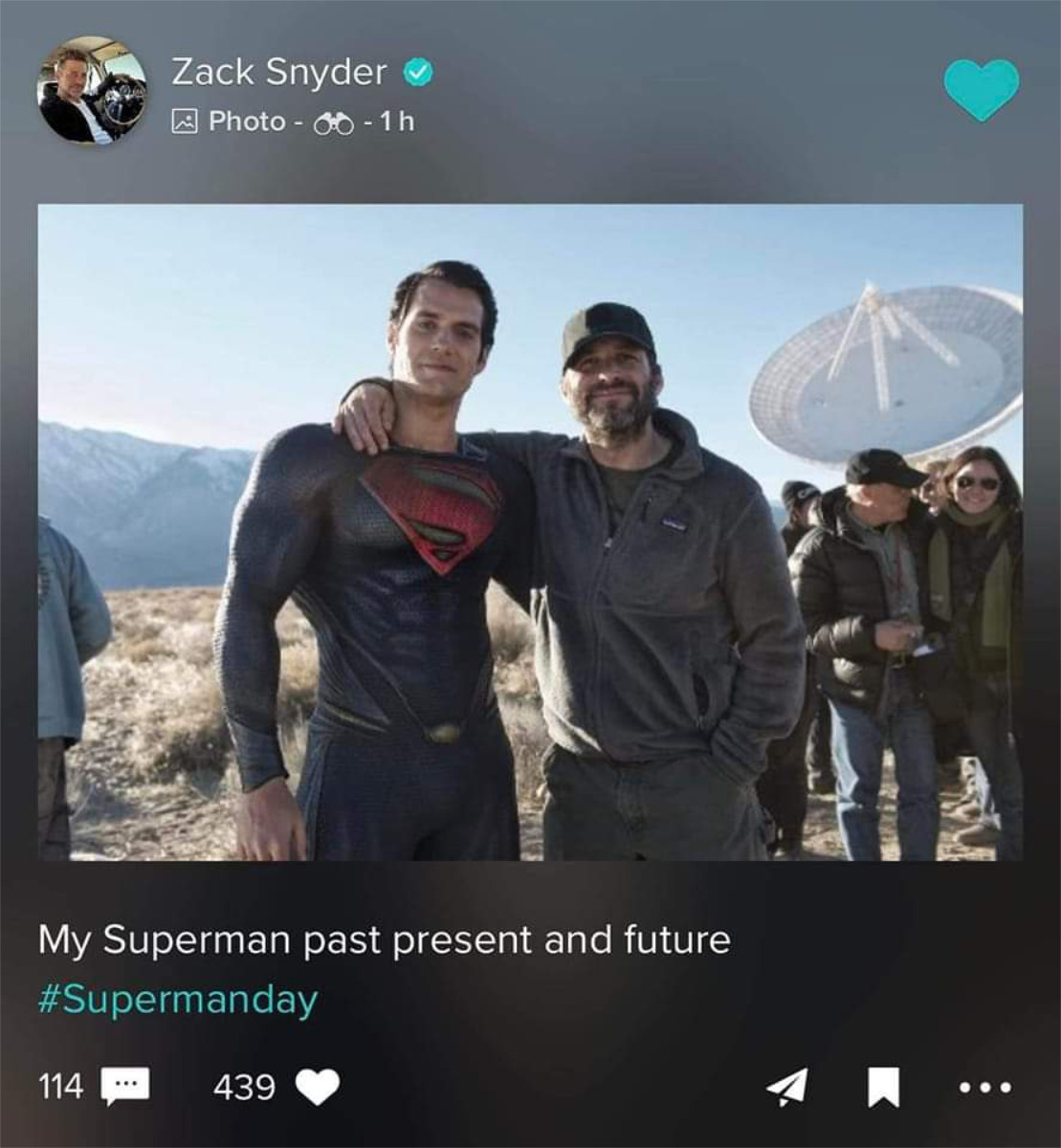 By that time, your grandpa already grabbed the scoop from a Facebook meme months before.

Furthermore, Zack Snyder would not lead his followers on.

After all, no true admirer of Zack Snyder would think their idol is giving them false hope. Without a doubt, he knows quite well what that posts suggests. Indeed, it’s not subtle.

Recently, Zack Snyder has hinted at Final Crisis, Green Lantern, and a theatrical release for his Justice League.

Yet there are those who still believe it’s coincidental. Or people are “reading too much into it.” There’s no subtlety here; it’s a General Zod punch in the face.

Zack Snyder Hints At His Future With Henry Cavill’s Superman 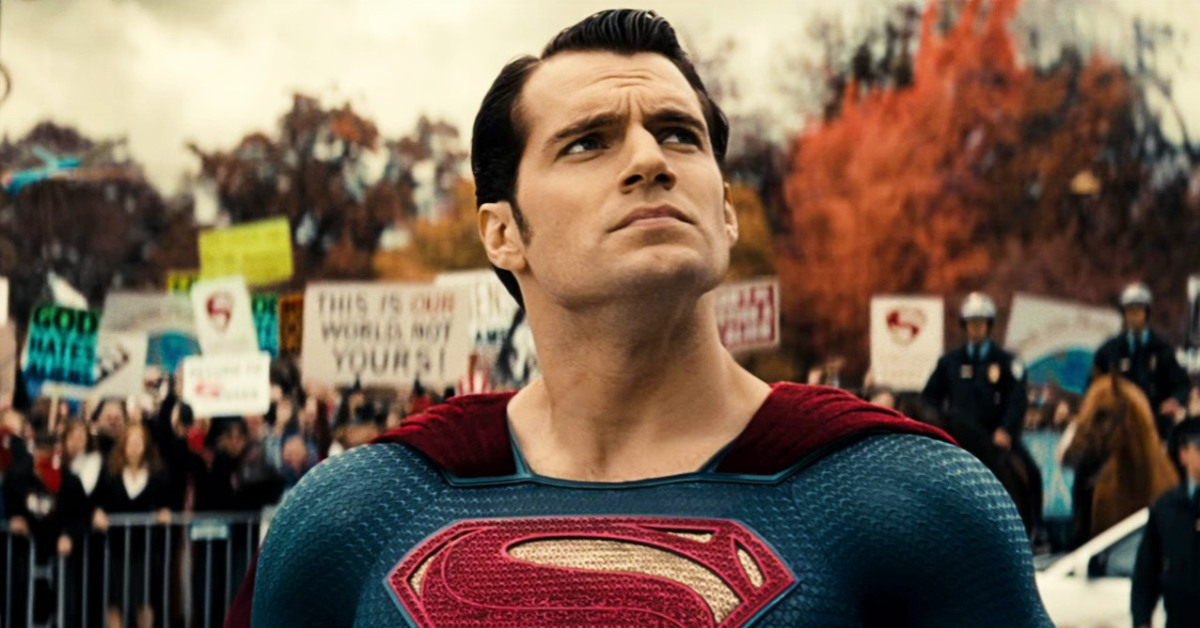 Granted, there’s nothing suspicious about the timing. Zack Snyder dropped this on #Supermanday. My YouTube co-host Syl Abdul reported this on his channel.

The anti-SnyderVerse trolls continue distribute bogus tales on Henry Cavill’s return as Superman. Among them is that Henry Cavill is apparently too old for the role.

Henry Cavill is only 39; in addition, he’s more popular than ever. Keep in mind Robert Downey Jr. was 42 when he starred in the first Iron Man. Michael Keaton returns as Batman in The Flash at 70.