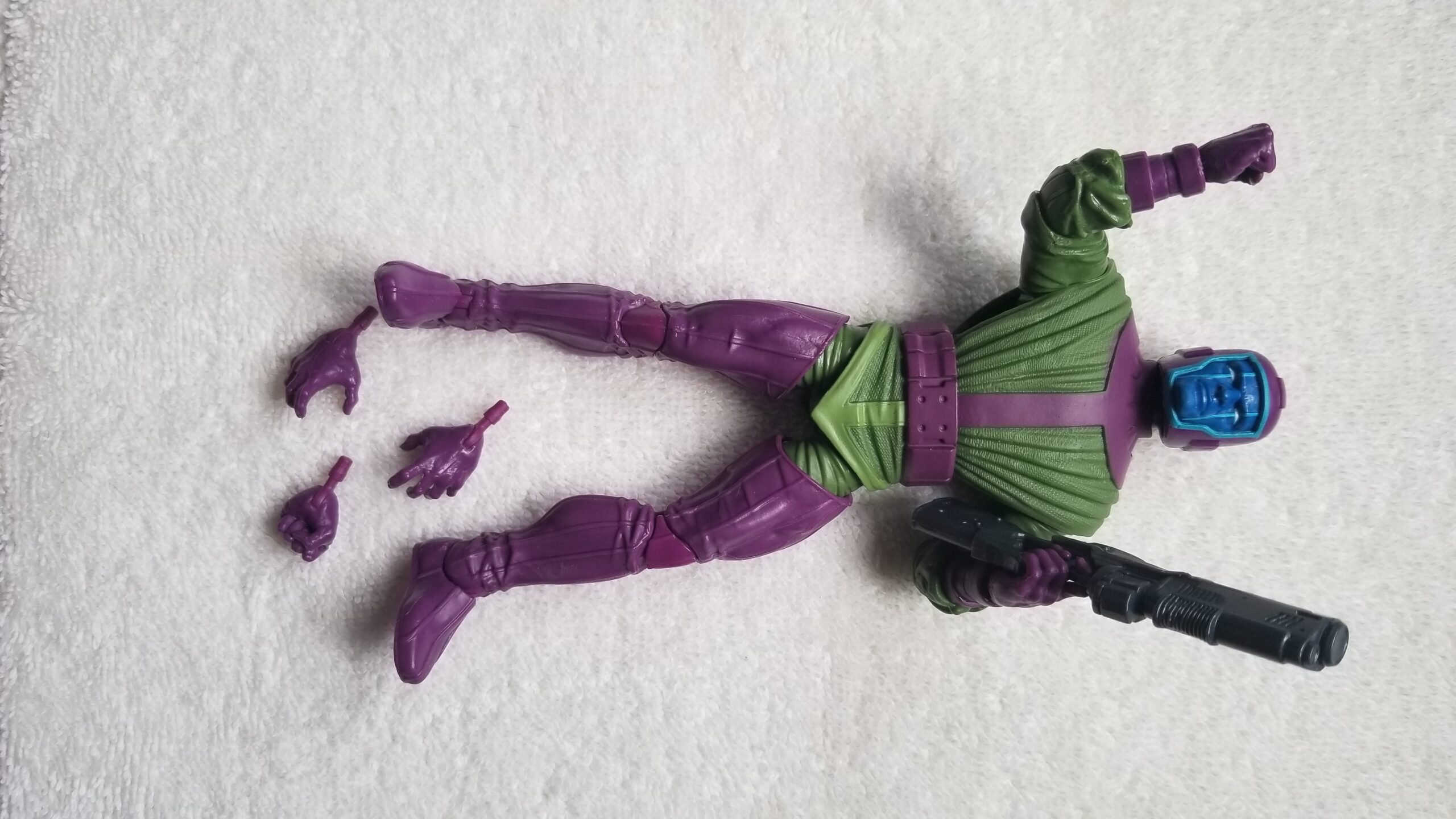 Welcome back to Dan’s Toybox as we continue looking at the “Joe Fixit” Build A Figure Wave of Marvel Legends, released in late 2020. Today we’re reviewing Kang the Conqueror. Out of this entire Wave, he was the figure I was least excited about getting. However, I’m very pleasantly surprised with Kang and am definitely glad to have him in the collection. He turned out much better than I anticipated and lends a very nice look to the display. Let’s jump in and get a closer look at Kang the Conqueror.

Nathaniel Richards, a 31st-century scholar and quite possibly a future descendant of Reed Richards, became fascinated with history and discovered the time travel technology created by Victor Von Doom. Using this technology, Richards travels back in time to ancient Egypt and becomes the Pharaoh Rama-Tut. His reign, however, is cut short when he is defeated by the time-displaced Fantastic Four. Resentful and angered by this, Richards travels forward to the 20th century where he meets Doctor Doom. He then designs armor based on Doom’s and, calling himself the Scarlet Centurion, forces the Avengers to battle their own counterparts from an alternate reality/timeline. His plans to defeat all of them are thwarted when the Avengers successfully force him out of the timeline.

Richards then tries to return to the 31st century, but overshoots by a thousand years, discovering a war-torn Earth that uses advanced weapons they no longer understand. He finds it simple to conquer the planet, expand his dominion throughout the galaxy, and reinvents himself as Kang the Conqueror. But this future world is dying so he decides to take over an earlier, more fertile Earth. His thirst for domination continues to lead him into conflict with the Avengers and F.F. Thankfully, they continue to succeed in their battles against him. 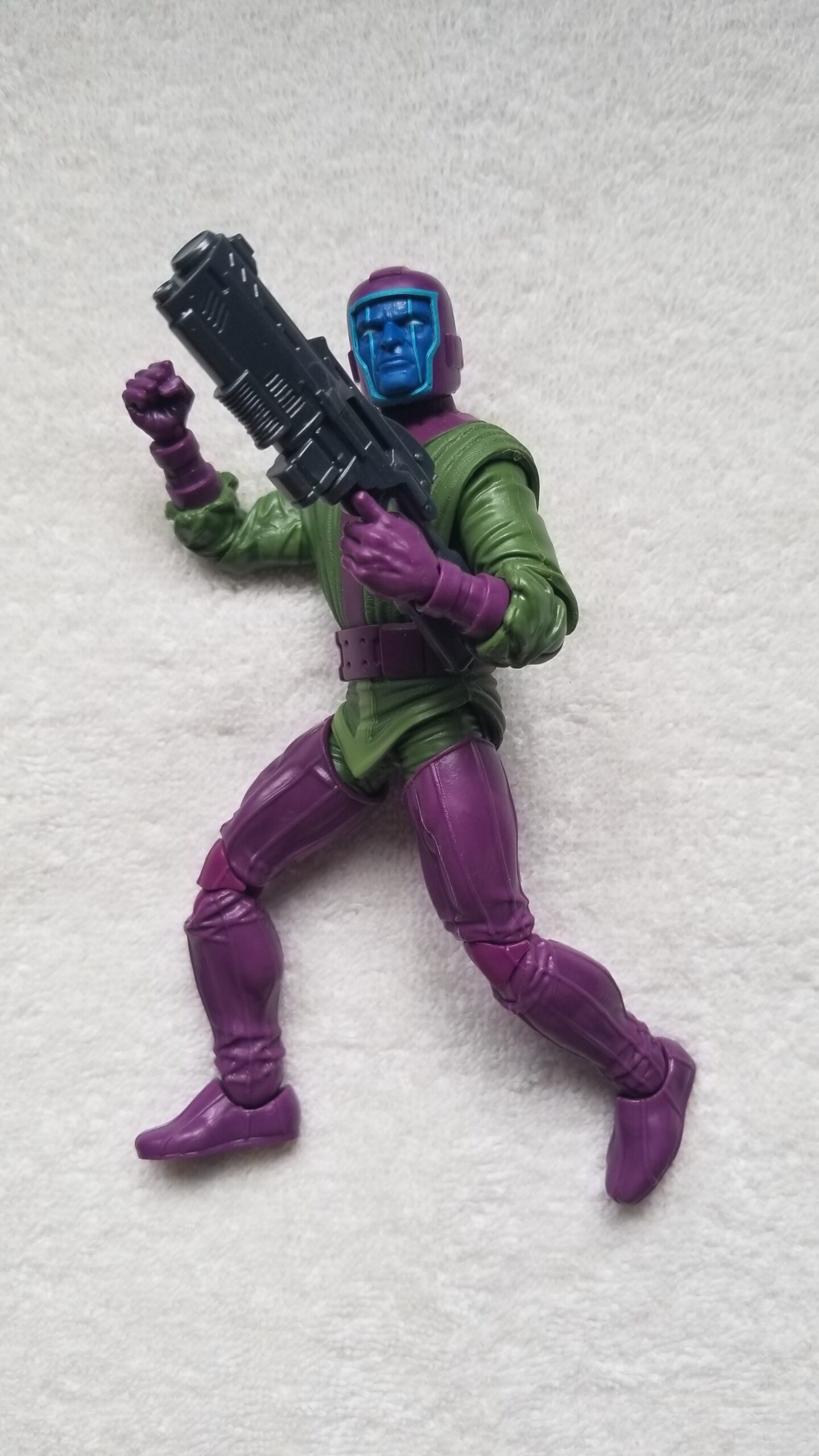 Kang comes with five hands: two fisted, two grasping, and one gun holding hand, a blaster rifle and the left leg for the BAF. Although the accessories are limited, the figure really doesn’t need much more. You all know that I’m a big accessory guy and want to see nifty additions to help accentuate the figure; in this case the extra hands do the trick nicely because Kang on his own is actually a really, really sharp figure. So, with that in mind, let’s take a gander at his appearance.

Kang is instantly recognizable as a villain by his (oft used) color scheme of green and purple. The notable exception is his blue face with light blue highlights around the edge of his helmet and on his face. The purple helmet, hands, and legs are molded as are the belt and collar/chest straps. His tunic, arms, and upper thighs are molded in green, with a lighter green highlight at the bottom of the tunic. There is no shading or wash on the figure, which kind of disappoints but the sculpting, honestly, more than makes up for it. This is, upon closer inspection, a really very well done figure. The wrinkles in the tunic and sleeves are crafted so realistically, that a cursory glance would make you think you were looking at fabric. The sculpted detail in the wrist gauntlets and boots looks terrific and though it could have benefited from some form of highlighting, still looks exceptional. The face and helmet are very character accurate and overall, this figure does a tremendous amount of justice to his comic book counterpart.

I’m really very impressed with the figure. His gun is molded in a gunmetal gray and looks fairly high tech, but could have also used some form of highlighting… silver highlights, or black or some kind of trim to give it more depth. It does look good in his hand, which is very difficult to manipulate. The gun holding hand mold is very tight and it took me quite some time to get the gun properly in the hand. I’ve decided that’s where it will remain. If I swap the hand out for a fist or grasping hand, the gun will remain held. Overall the paint applications are among the cleanest I’ve seen in this wave and Kang definitely benefits from that.

Kang’s articulation was a pleasant surprise for me. He is articulated in the regular legends fashion, but none of the joints were stuck too tight, or hung too loose. His head turns and looks up and down to a decent degree. Arms rotate 360, but they don’t raise as high to the sides, due to the tunic. His elbow joints will bend in fairly well, but do look rather odd, due to the sculpting of his baggy sleeves. He has a nice diaphragm joint, which I expected to be limited due to the tunic, but was surprised to see had very nice range of motion. His hips will allow for fairly decent splits, given the sculpt of the boots and his upper thigh swivel works very well, fashioned to blend in with the boots as it is. His knees will bend quite far and his ankles have beautiful range of motion. The hands all hinge and pivot, with the gun-holding hand having the benefit of “up/down… roll the dice” style motion. 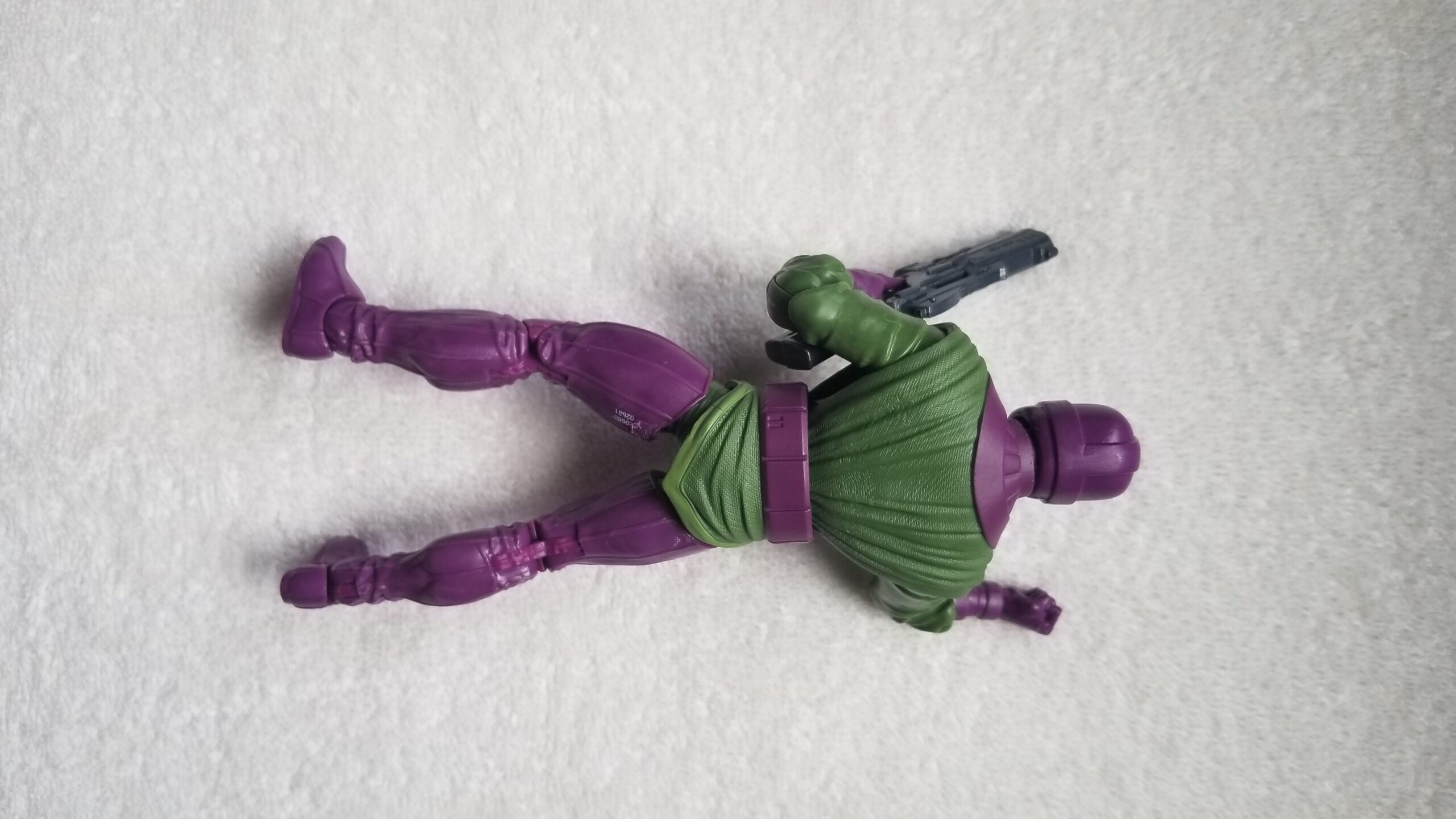 Of all the figures in the wave, Kang was the easiest to pose and articulate. I’m very happy with this figure and find myself surprised at how much I am enjoying him.

I never really knew a lot about Kang, but read a few stories featuring him and felt he was an intriguing villain. This was definitely not a figure I ever thought I’d own or even want, but honestly, at a price point of about $20, Kang sneaks in with a surprising 4 out of 5 To. Thanks for hanging out and be sure to check back for our next review in a couple of days! Until then… GEEK OUT!!!