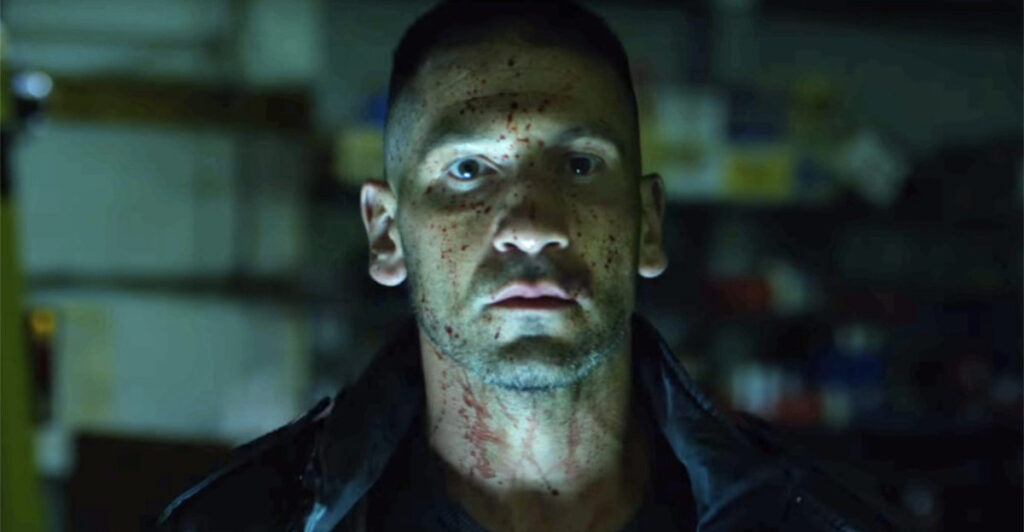 The Punisher could be the first of many R-rated Marvel Cinematic Universe series on Hulu.

On March 2, Geekosity scooped that The Punisher could find a new home on Hulu. For those unaware, Disney has majority ownership of Hulu. Moreover, by 2024, Disney will have all of it.

The Punisher will live on in Hulu; furthermore, he may not be alone.

There have been some Marvel exclusive shows on Hulu like Helstrom, the Runaways, and the animated series MODOK. However, MCU head Kevin Feige wasn’t involved in those programs.

Choosing Hulu is not a weird thing for Marvel. It’s just a platform they chose so that they won’t be limited to what they can show on screen.

The new Punisher show is planned to be the first adult MCU under Hulu’s streaming platform.

The reason why it’s not on Disney Plus is because it will be violent and R-rated.

With Hulu, they can make the level of quality of the violence that was started by the Netflix series and possibly better.

Another reason why this is planned on Hulu is the possibility of the Midnight Sons, which is also planned to stream there. On TV, it seems that they starting to build up the team starting with The Punisher.

It is still planned to have Jon Bernthal to be back as the Punisher. Feige wants him to reprise his role.

The new Punisher won’t be set in the same continuity as the Netflix series. We have to presume that the stories in Hulu’s Punisher won’t deal with his past as established on Netflix. We might see a familiar face but don’t hold on to it.

Even though this will be separate from the Netflix shows, he will be wearing his iconic skull on his chest.

The Netflix programs were not handled by Feige; therefore, he had no control over their entirety. The Netflix show lasted from 2017 to 2019. During this time, Jeph Loeb was handling the TV shows under the Marvel brand.

The Punisher was the last Netflix show with Marvel before they parted ways.

Now that Feige is Chief Creative Officer of Marvel, he currently has full control over all the movies and TV. He ultimately has the creative decision to retcon the events of the Netflix series if he wants to. 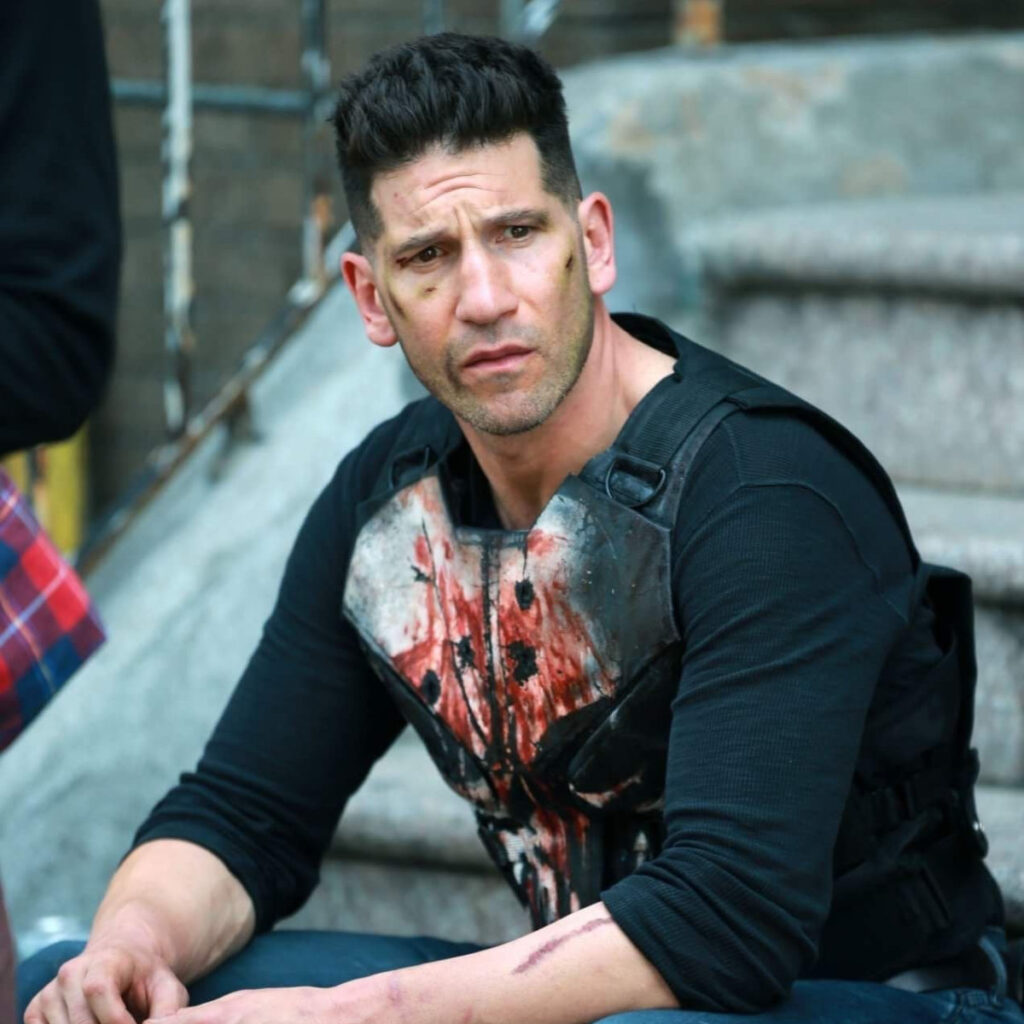 Since The Punisher is back with Marvel and handled by Feige, it can now connect to the MCU with more clarity if he decides it so.

One of the things that we do know is that Feige will want a more comic-book accurate costume. All the Netflix series. which includes

Luke Cage, Iron Fist, and Daredevil had watered-down costumes to make them feel real and down to Earth.

Come to think of it, Daredevil had the most comics-accurate outfit.

Feige has proved that comic-book accurate suits work well, too. After all, just look at the battle scene in Avengers: Endgame.

It was glorious to see all of that in action.

Now put these Netflix characters beside the ones on the MCU, and they will look out of place.

So, there is a plan to make the Punisher to have that skull icon to be more prominent than just a custom-made bulletproof vest with splattered white paint.

The tentative title of the show is Punisher War Journal like the old comic.

If you think we have mentioned this before, we have.

We have reported the possible title of the show back in March 2021. The comic book was born out of the demand for more Punisher content in the late ’80s.

The series stood out from the rest of the Marvel line-up because it featured more violence, guns, explosions. Punisher War Journal focused on several story arcs.

As also mentioned before, some of the Netflix Marvel characters will return in some form. Luke Cage (played by Mike Colter) and Jessica Jones (played by Krysten Ritter) is currently being worked on to return to their roles in Hulu.

Daredevil’s Charlie Cox is so far going to return in Disney Plus’ She-Hulk. 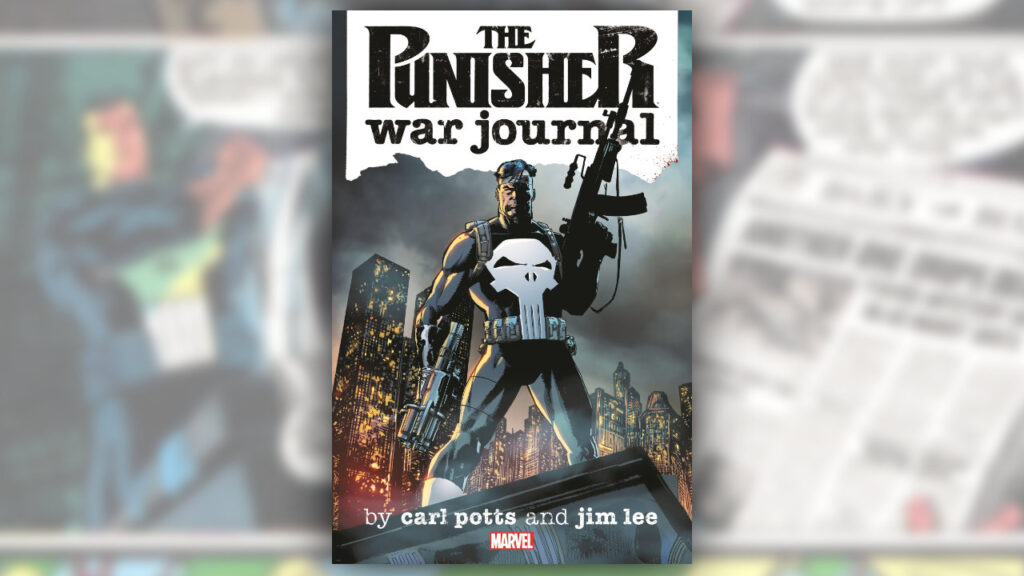 The Punisher was created by writer Gerry Conway and artists John Romita Sr. and Ross Andru in 1974. His first appearance was in The Amazing Spider-Man No. 129. Although Stan Lee is not credited as the creator, he did help with the name “The Punisher.”

Frank Castle is the Punisher.

Before he became a vigilante, he was a U.S. Marine who served in multiple tours. He received multiple medals for his heroic service. One day, he was on leave and brought his family to Central Park. Unfortunately, the family saw a mob killing while being there.

To make sure that no one saw the incident, the mafia murdered Castle’s family. Castle tried to save his family, but only he survived the attack. The incident traumatized him. He was supposed to testify in court about the shooting. But Castle knew that the police was corrupt and connected to the Mafia.

This incident made him vow to spend the rest of his life avenging his family. Afterward, he started wearing black clothes with the skull icon on his chest. Using his training in the U.S. Marines and equipped with state-of-the-art weapons, he hunted down those who are responsible for his family’s murder.

Because of his actions, he can’t go back to his normal life. He kept moving on, doing what he can to hide and stay away from prying eyes. But he can’t stay away from criminals.

He will kill if he encounters them. He keeps on going into this war against crime. The Punisher hopes that no one will ever experience the pain that he went through from losing his family.

He is not a superhero with special powers. He’s just a regular man who is angry that his family was taken away because of a corrupt criminal ridden system.

The Netflix TV series perfectly represented his origin. There is no reason for this to be actually be retconned by Marvel Studios.

Insiders stress that Marvel Studios hasn’t decided what mature content is headed to Hulu beyond characters associated with Netflix’ Defenders and Midnight Sons.