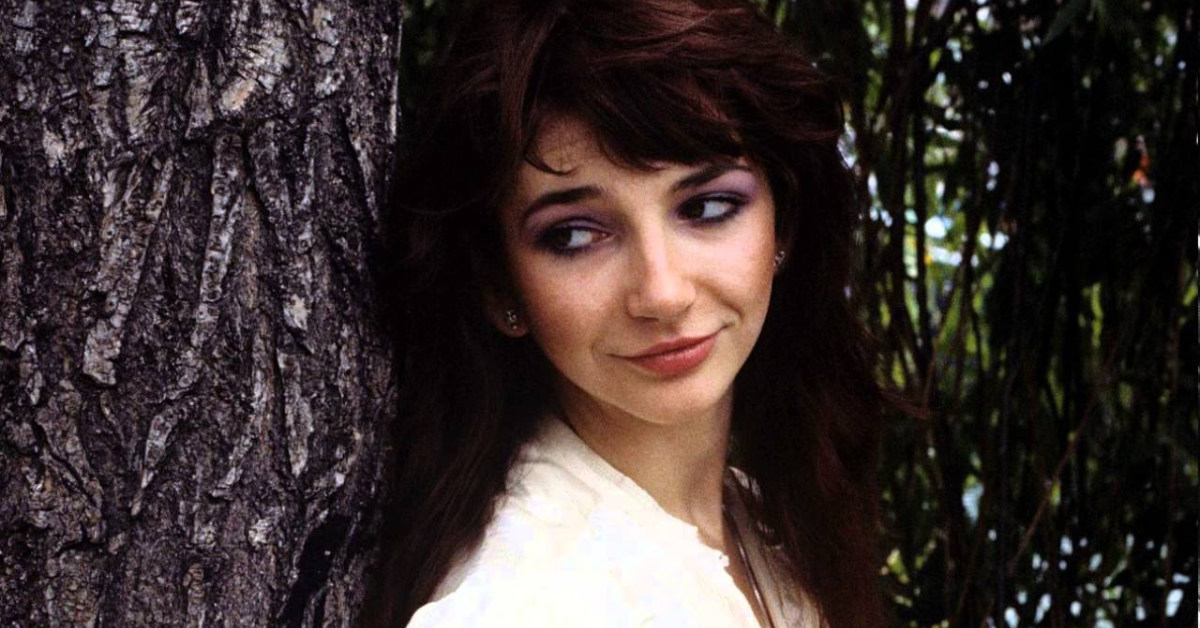 Thanks to Stranger Things, Kate Bush‘s 1985 New Wave classic “Running Up That Hill” bolted to No. 8 on the U.S. charts. It became her biggest hit ever in America. In fact, the track peaked at No. 30 in the Billboard Hot 100 in 1985. In her native U.K., Kate Bush is a pop icon. She is rock royalty in England.

In the Philippines, New Wave FM radio stations like WXB 102 and BM-105 played “Running Up That Hill” regularly in the mid-’80s. However, in the U.S., programmers largely considered Kate Bush too quirky for the mainstream.

Decades later, a new generation has discovered her.

Kate Bush loves Stranger Things and thanks young fans for making “Running Up That Hill” re-enter the charts. Episode One of Stranger Things Season Four still showcased the ’80s from the music, setting and even theme inspirations. Most popular among the elements of the show are the selection of songs to initiate the feel of the characters.

For those who haven’t seen the latest season, the following paragraphs may have spoilers. Be warned.

A renewed interest towards Kate Bush’s song and Hounds of Love album surged in all available music platforms. YouTube, Spotify, Amazon among others have increased query-access activity pertaining to the song. Hounds of Love is arguably among the greatest LPs of all time. That’s no exaggeration.

Nowadays, not only Mayfield listens to her song on repeat. There are even fan arrangements on YouTube that stretch for three hours.

You might’ve heard that the first part of the fantastic, gripping new series of Stranger Things has recently been released on Netflix. It features the song, “Running Up That Hill,” which is being given a whole new lease of life by the young fans who love the show – I love it too! Because of this, “Running Up That Hill” is charting around the world and has entered the UK chart at No. 8. It’s all really exciting! Thanks very much to everyone who has supported the song.

I wait with bated breath for the rest of the series in July. 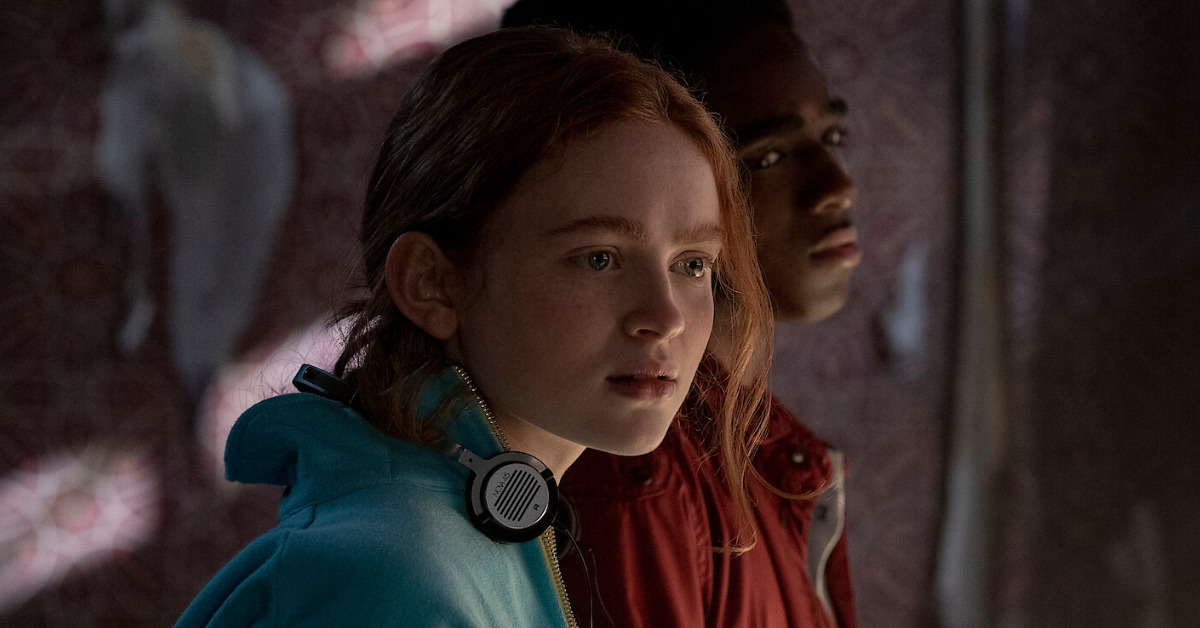 It turns out that Kate Bush herself is also a fan of the show. This most likely made it possible for Stranger Things Music Supervisor Nora Felder to gain Kate Bush’s approval. After all, Kate Bush does not readily grant permission for the use of her music. When the Duffer Brothers assigned Felder to find a song for Mayfield, Felder immersed herself with her character. Felder recounts the steps it took for her to gain Kate Bush’s yes.

Consequently, each of the prospective song placements in the initial scripts was tagged with the placeholder, ‘TBD Max song.’ From there, I made an effort to internally align myself with what the Duffers felt were the most important elements needed, and my own intuitive grasp of Max’s complex feelings.

Describing her initial “listen” to “Running Up That Hill,” she says:

It immediately struck me with its deep chords of the possible connection to Max’s emotional struggles and took on more significance as Bush’s song marinated in my conscious awareness.

Upon suggesting the song to the Duffer Brothers who were very much excited about it, she then needed Kate Bush’s approval. With the Clearance Coordinator, they came up with a detailed description of how they’d use the song. Afterwards, they gave this information to Kate Bush.

They then reached out to Sony Music Publishing’s Wende Crowley who received their request. Crowley shares:

Nora Felder came to us pre-pandemic to discuss the idea of using it as Max’s ‘song’ for this season. She wanted to make sure it was within the realm of possibility before she got the Duffer Brothers on board with the idea, since the song was going to be such a focal point to Max’s storyline. Kate Bush is selective when it comes to licensing her music and because of that, we made sure to get script pages and footage for her to review so she could see exactly how the song would be used.

With all of these prepared, it finally reached Kate Bush. It’s now on the global music charts. 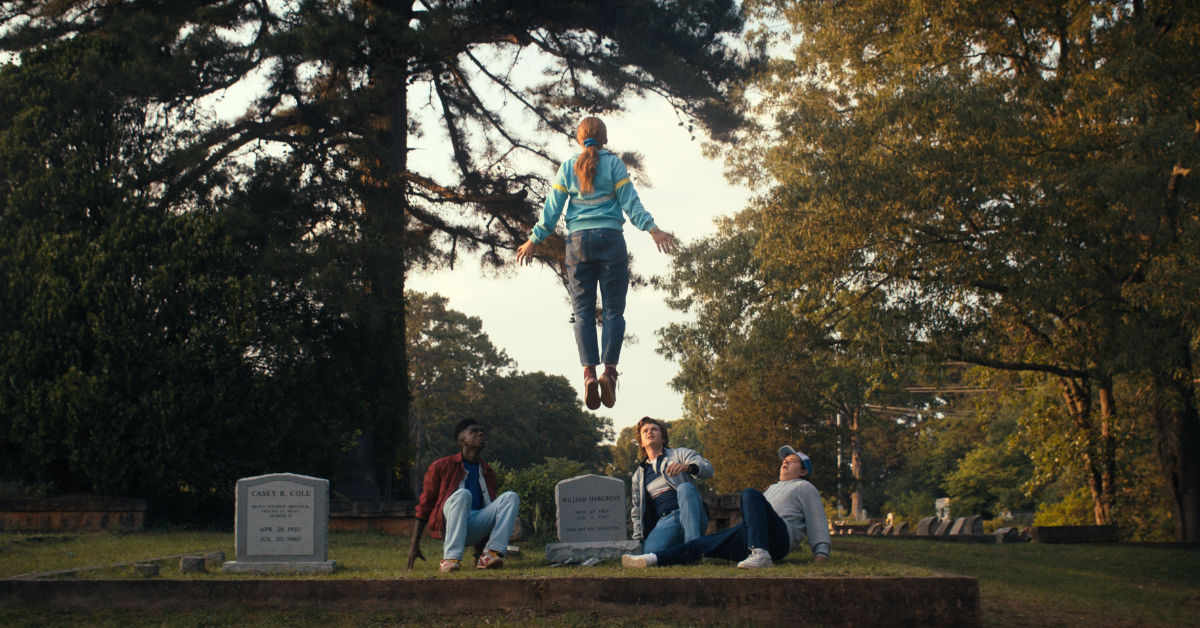 Stranger Things Season Four delves deep into tones of depression, guilt, sorrow, that a lot of people now also experience. The struggle is always real and has always been there. Different people go through their struggles and cope differently as well.

Mayfield’s inner turmoil of guilt and despair is eating her alive. Moreover, she keeps thinking she could have done something to save her step brother. Anything, maybe then he would still be alive and they could have a better relationship as real brother and sister. She was so consumed by this guilt and despair that she didn’t see other people that still valued her.

The message that if only she could have a deal with God that she would trade places is everything. For Mayfield, if it meant Billy’s life, she could have traded herself. But none of it all is her fault. Seeing her friends fight for her, root for her made her want to fight for herself.

In the end of Episode Four, she was the one reassuring her friends that she was there. That she is still there.

These days, people feel disconnected because of pandemic isolation. A lot have lost and are still losing. But the message is clear that for every loss, the ones that remain are the very reason we pursue survival.

In Felder’s words about Kate Bush’s “Running Up That Hill”:

I believe that if it was written and recorded today, it would fit right in and not be considered a ‘dated’ sound in any way.

We think so, too.