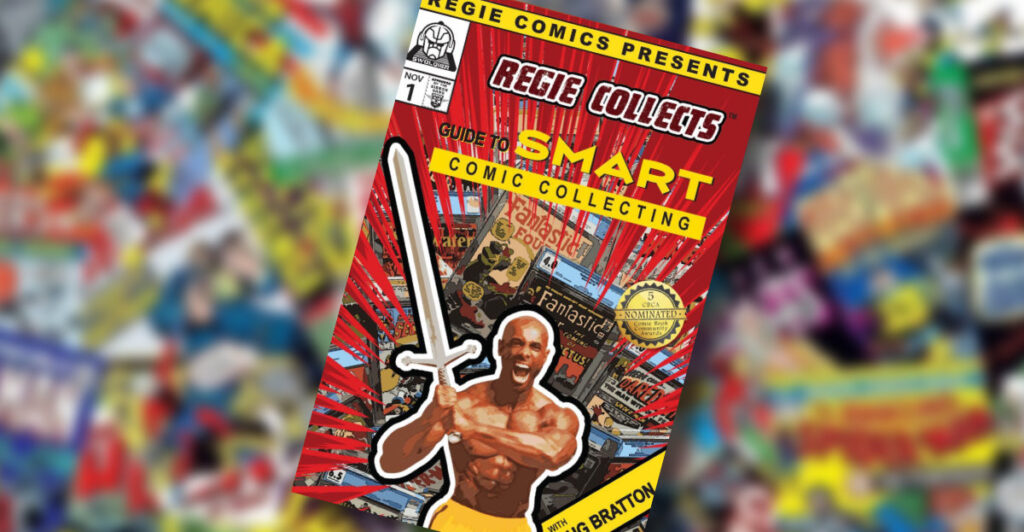 This book is intelligent and exhaustively researched.

Nonetheless, that’s not too surprising.

In fact, while reading Guide to SMART Comic Collecting, I could hear his smooth, joyful delivery.

Alongside Doug Bratton, Regie Collects analyzes the psychology and profits of this hobby.

Guide to SMART Comic Collecting is the Chilton Car Care Manual for the Overstreet crowd.

Regie Collects and Bratton look under the hood and check the engine.

After all, the mechanics of comic-book collecting is not simple.

Nevertheless, Regie Collects and Bratton keep it simple and straightforward. 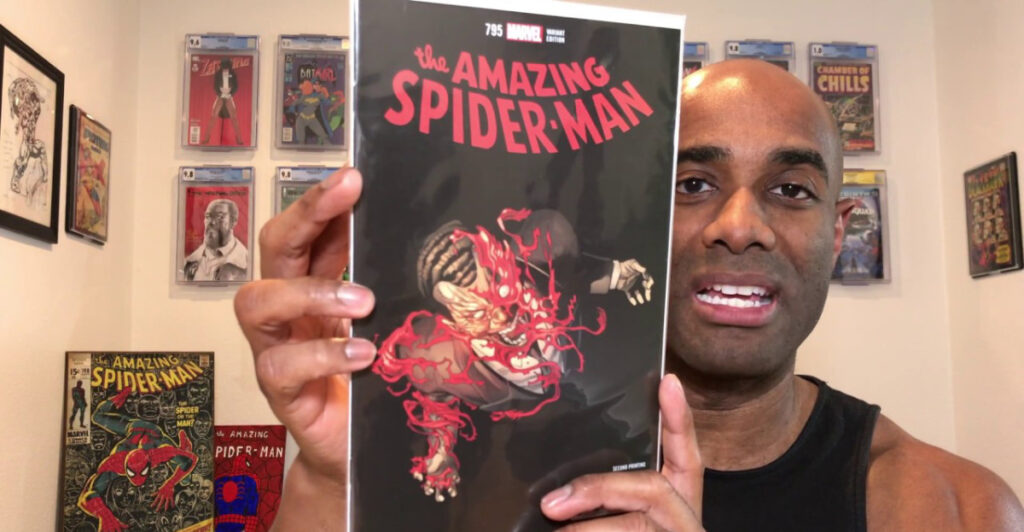 Guide to SMART Comic Collecting is tightly organized. In addition, the graphs are clear and easily understood.

In other words, Guide to SMART Comic Collecting doesn’t feel like homework.

I don’t remember anything from my math classes except for addition and subtraction.

On the contrary, this book’s lessons are embedded in my memory banks.

For both new and old collectors, Regie Collects and Bratton put on a clinic.

Comic-book collecting can be expensive.

Although we were at the poverty level, I could still buy stacks every week.

Regie Collects has an Executive MBA.

Thus, he’s able to use those skills to break down the finances of comic-book investment. 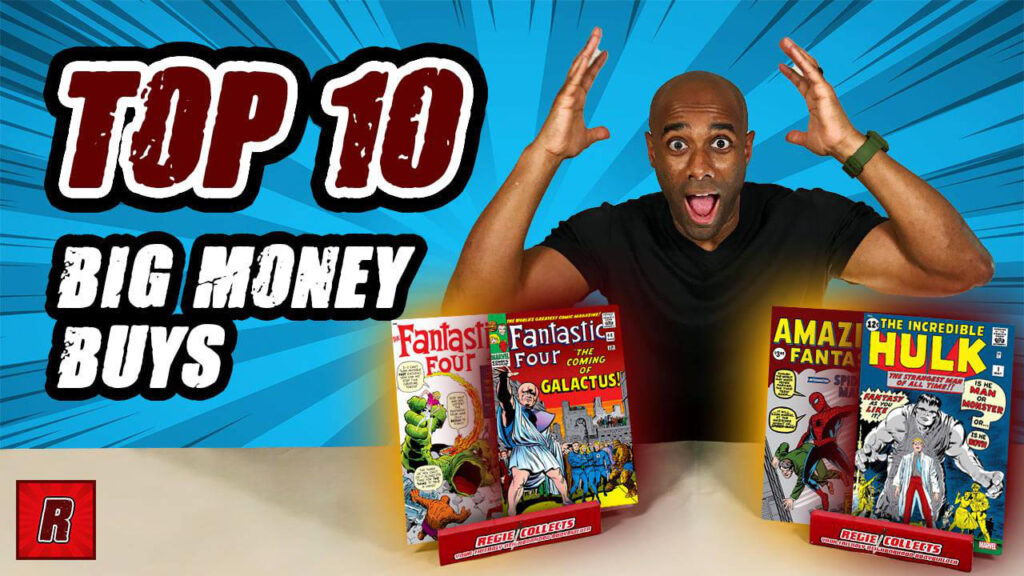 I’m both a collector and an investor.

Guide to SMART Comic Collecting would categorize me as Quadrant IV.

I appreciate that Regie Collects relates to both.

However, I don’t sell comic books myself.

I respect those who do; it’s not easy.

I tried selling comic books at a local comics convention in 1992.

Todd McFarlane and Rob Liefeld were the guests.

The place was a sardine can.

Imagine over a hundred overweight bodies (including my own) packed in an oven.

It was summer, and we were baked alive.

Through that purgatory I walked with a heavy suitcase filled with The Amazing Spider-Man No. 299 and 300.

Multiple copies of both. All in NM condition. 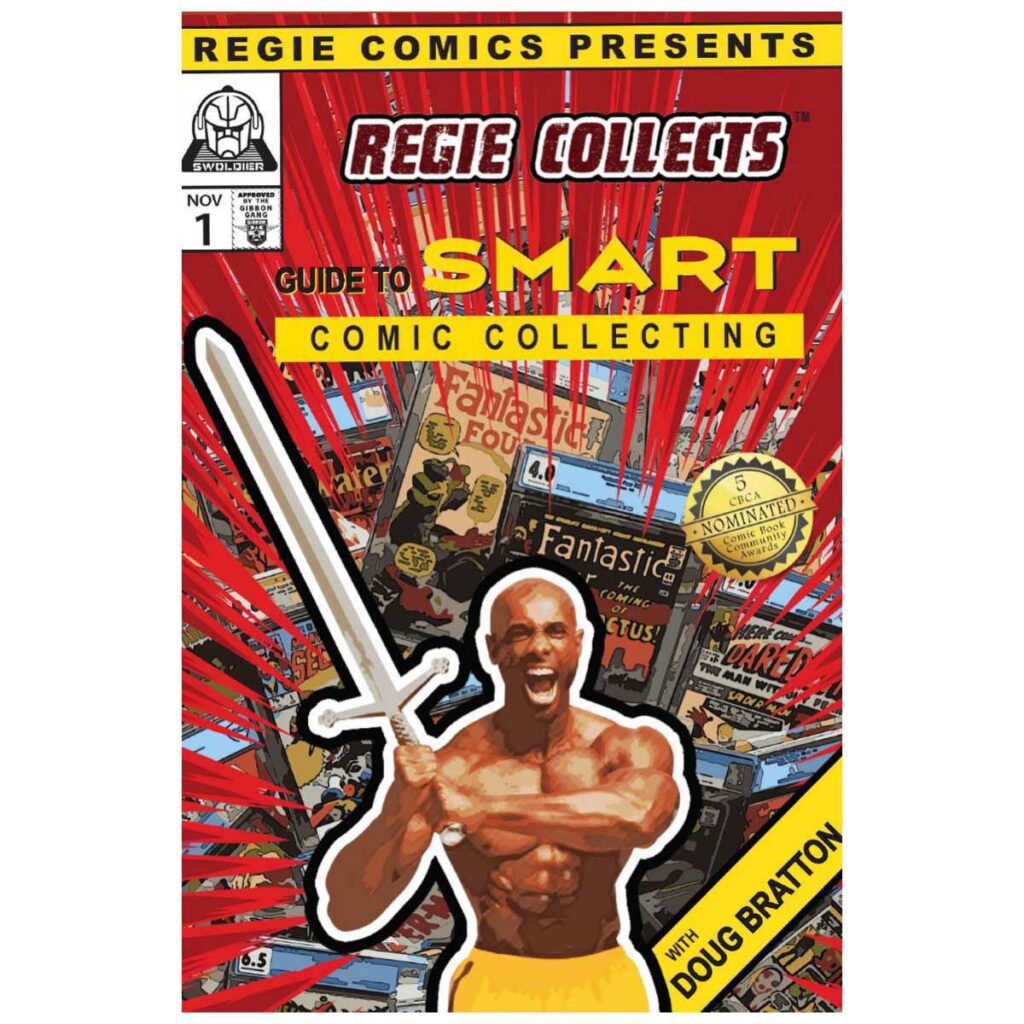 A friend of mine asked me to sell them for him.

I went from dealer to dealer carrying what felt like Iron Man’s armor in luggage.

No takers. No interest.

Therefore, I dropped the price to $20 each.

No takers. No interest.

At the same time, I was laughed at a few times.

First appearance of Venom for $20. Again, no buyers.

Let that sink in.

Moreover, the trauma was so much I avoided comic-book conventions for 16 years. 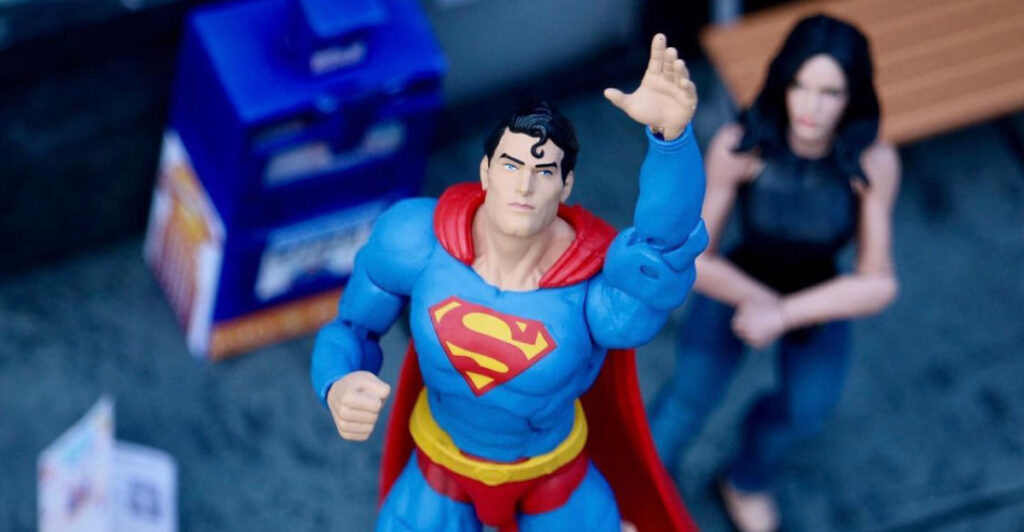