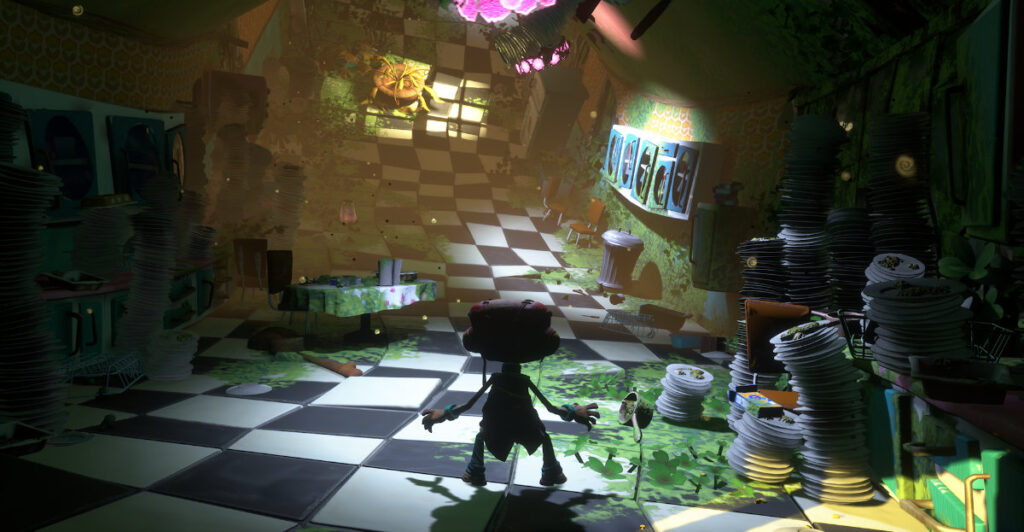 Psychonauts 2 continues the adventures of Raz (Razputin), from the original game from 2005. The game is developed by Double Fine Productions and published by Xbox Game Studios.

The game is based on Psychonauts which was originally released on the Xbox, PlayStation 2, Mac OS X, Windows and Linux. Psychonauts got a lot of high praise from critics but unfortunately, it was a commercial failure.

So, even though a lot of fans wanted to see a sequel, it was a hard thing for Double Fine to get any publisher to get it to see the light of day.

This is why Double Fine decided to make this through crowd funding through Fig.

They originally only asked for US$3.3 million.

Other funds would come from Double Fine and a third-party investor.

Even though Starbreeze Studios (Dead by Daylight, Inked) invested some money into Double Fine so they can publish the game, it turned out that they would still have to cut some of the elements of the game to make it to the deadline that they have made for themselves.

It was a surprise that Microsoft’s Xbox Game Studios bought the rights to publish the game, paying off Starbreeze.

This gave Double Fine Productions enough funds and time to finish the game the way they originally planned it.

Once upon a brain 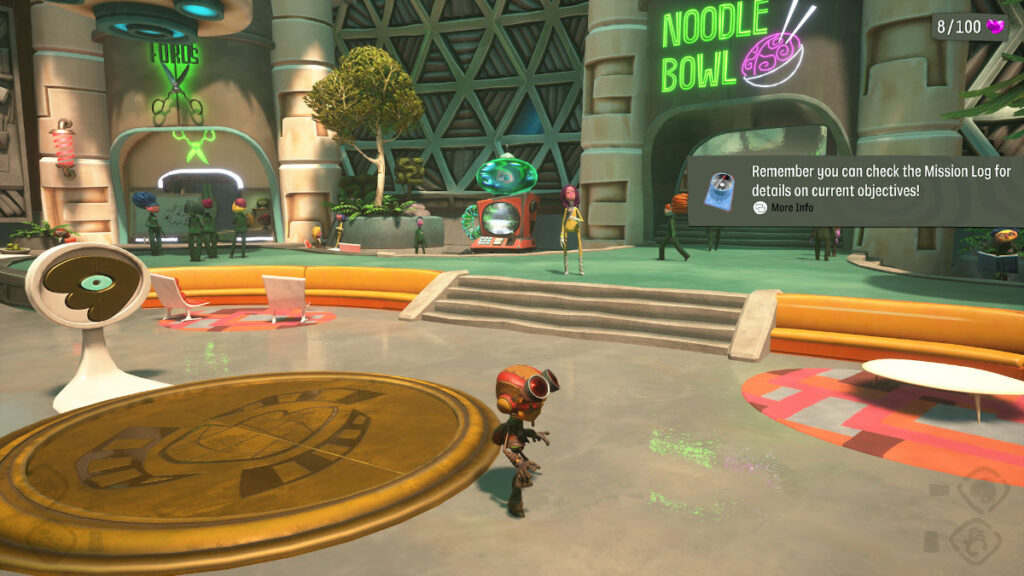 In Psychonauts 2 you learn that there is a hidden threat and her name is Maligula. It’s your job to figure out who knows about the threat and how to stop her.

In terms of Psychonauts 2’s story, it literally follows the events of the original game. So, it can get a bit weird if you are not familiar with what happened in the previous game.

Although, since the developers are aware of how long it has been since the first game came out, it does tell a summary of the previous events, before starting to play.

Nevertheless, you can still get lost with some of the smaller details being discussed within the game.

I do suggest playing the previous game to get more understanding of the story, but you can still have fun with this one whether or not you played it.

I love that the game has so many things to tell you. There are several stories within it.

Each level is a story of its own, but all the smaller stories tell you a bigger narrative.

It’s fascinating getting into each level because they are very interesting and at times relatable.

Like one level was presenting a love story, showing the first date.

Another level was focused on one character that had lost his mother; how it was hard for him and how he moved on from it.

Another level was about escaping a troubled past.

The game is presented as an action platformer, but it deals with serious themes.

The mind is like a piece of chocolate, you don’t know what you’re gonna get 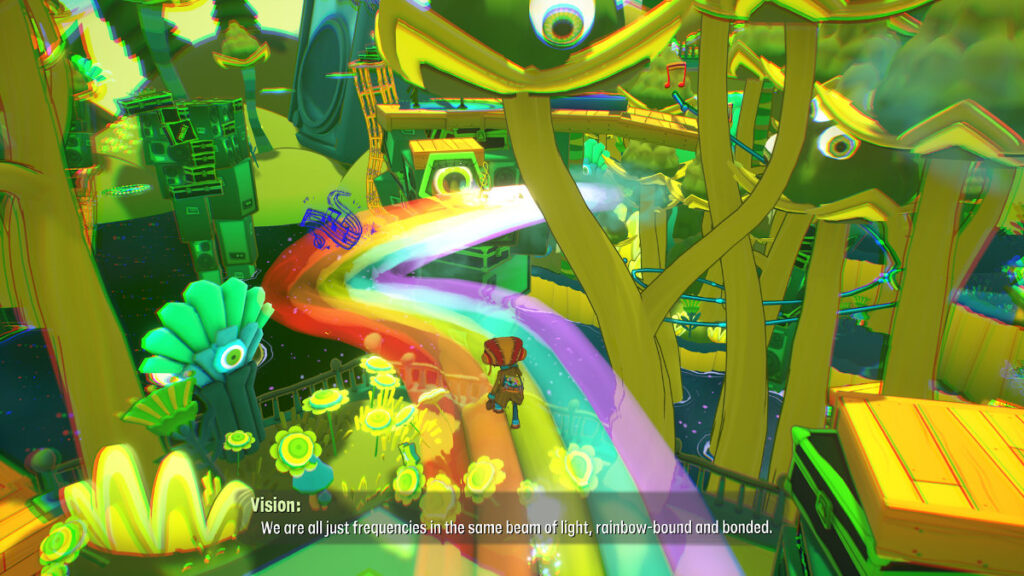 Level designs are interesting. Each level introduces something different.

As I mentioned earlier, the look and feel of each level tells a story.

What I also enjoyed with the game is that it also introduces a slightly different game mechanic for each level.

Level designs are interesting. Each level introduces something different.

There are also levels that can surprise you a bit since it does change the gameplay for that specific scene.

The slight change is just entertaining, and I liked that it doesn’t complicate things.

It uses the mechanics you are already familiar with but the change will make you think differently about the objectives of that particular level. 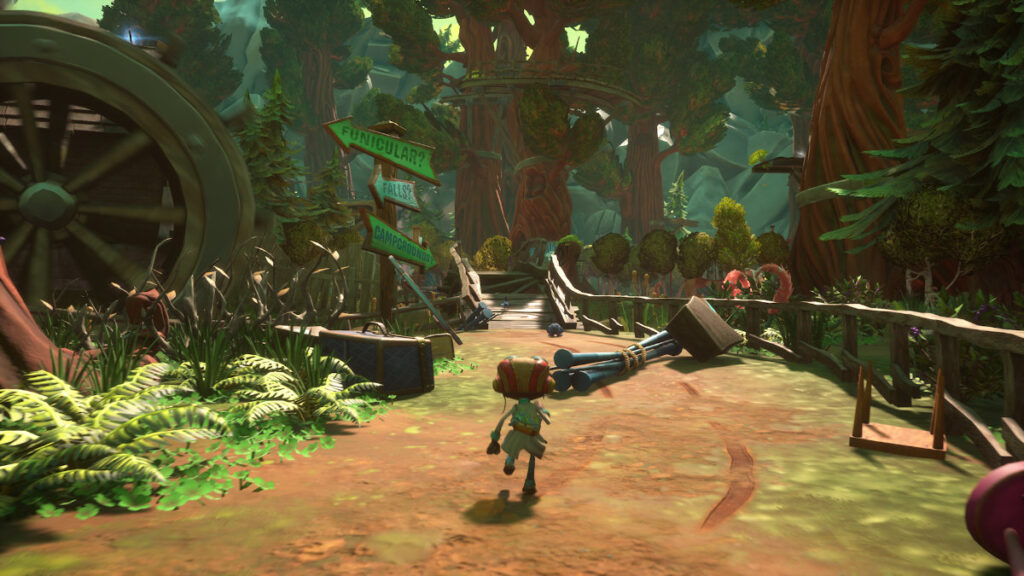 When you start the game, you will have access to some skills (called PSI Powers) already.

But once you access the skill menu, it’s obvious that you’ll be able to gather more.

And as you level up in the game, you can also upgrade the skills to give more abilities to it. For example, your levitation skill, this is a skill you gain within the first level.

This skill allows you to float down instead of fall, and it can create a ball just under you to avoid dangerous elements on the ground.

If you upgrade this, the levitation ball can then damage opponents.

Bring it to another level and the levitation ball can give you a jump boost.

Each skill will have 3 levels of upgrades, and this doesn’t include the base skill ability. 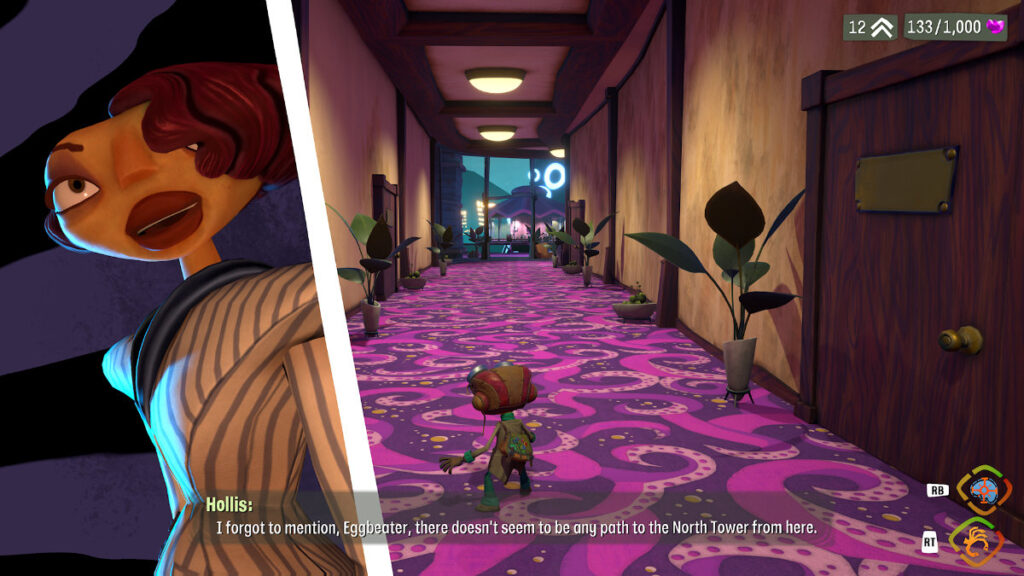 Psychonauts 2’s graphics is not something that would make your jaw drop.

You really can’t put it side by side with modern games today and say that it’s on par.

But the game has a certain charm that Double Fine has always delivered.

It’s visually appealing and it’s wonderful to look at regardless of where you are in the game.

The dream like locations is just so creative that it’s just a treat to look at.

One level is like a casino mashed up with a hospital.

Another level is like a city made out of books and torn pages.

And since most of the levels are within dreams, it can be disorienting at times, but amazing nonetheless.

My only issue with the graphics is that there are times that some, very few shadows flicker.

Although it is hard to notice most of the time.

While another level is purely psychedelic like you feel as if you are in a forest with bright unusual colors with rainbows and bridges that will remind you of Pink Floyd.

Visually, regardless of my small issues with the graphics, it looks polished than most games that I’ve seen.

Close your eyes and listen 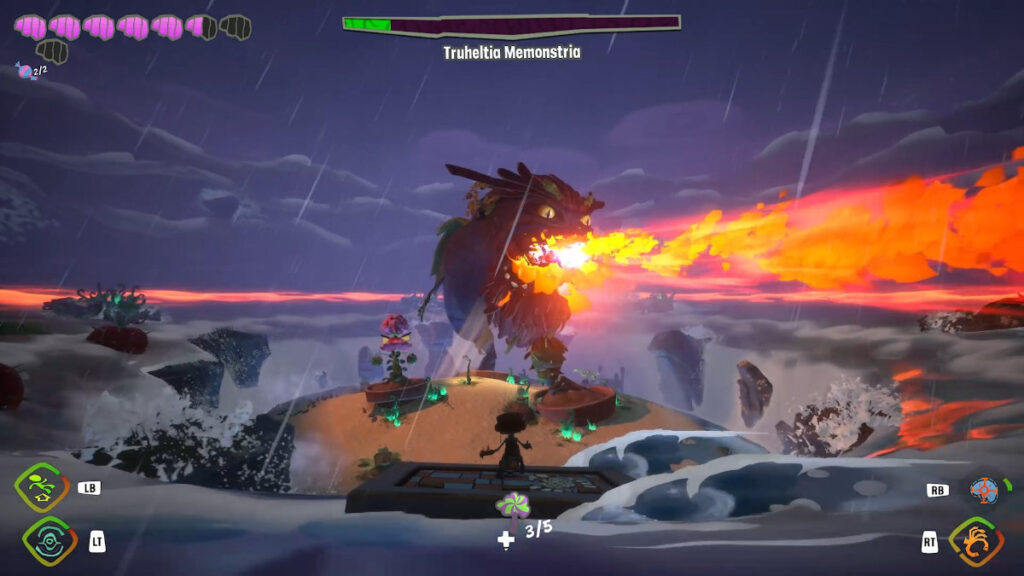 The audio is also incredible to listen to.

It feels like watching a movie, with each moment having a particular theme, and each of those themes vibe perfectly for that look and feel.

At times, there were tracks that reminded me of Danny Elfman’s music, but not as strong.

And the speech within the game is also done pretty well.

It doesn’t give that awkward feeling where the tone was wrong in some places.

This was directed with the right tone in each moment.

The only thing that gives it away are those small pauses in-between conversations, but regardless of that, they still sound great, and they were acted to really well.

Bonus thing, they got Jack Black (Jumanji, Kung Fu Panda), and Elijah Wood (Lord of the Rings, Sin City) to voice some characters.

You won’t miss Jack Black since he sings in it.

Once he sings, you know it’s him.

Elijah Woods performance in the game was just perfect too. He blends in well in the game.

Yes, I am using my brain! 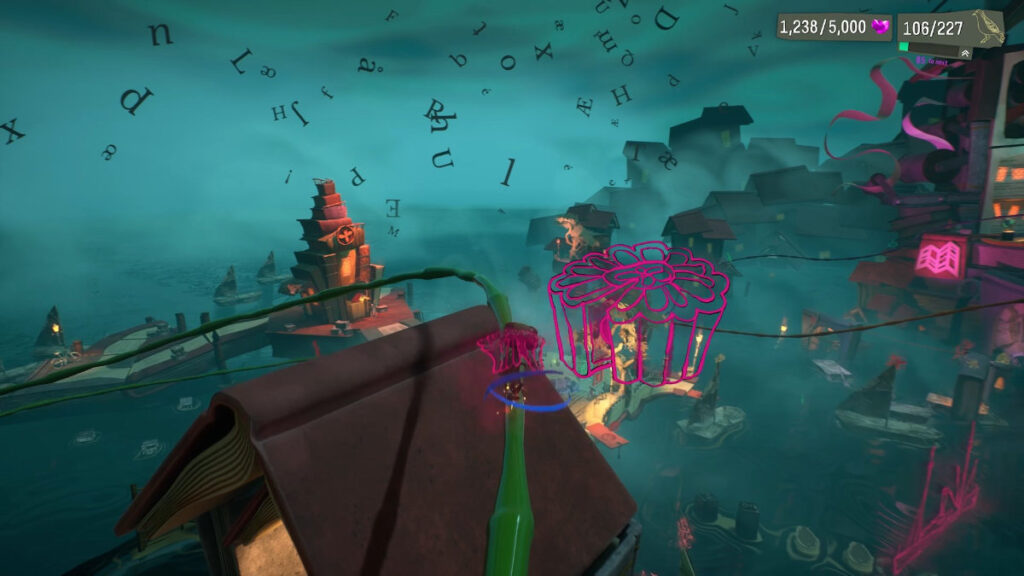 The basic action buttons are attack, jump, tumble, and interact.

Pretty much standard stuff for platformers. Some extra functions are used on the Dpad for Radial Power, Thought Tuner, PSI Pop, OttoShot Photo.

OttoShot Photo is basically a photo mode, the problem with this is that it’s very bare-bones.

Not much effects that you can do with it, and you have to buy filters ingame.

PSI Pop is for quick healing.

Thought Tuner can find stray thoughts and transform them into nodes where Raz can latch to.

While Radial Power sets up your buttons for your PSI Powers.

When pressing this, it immediately stops time, and you can assign them to the shoulder buttons.

The most of the controls are easy enough to understand.

Although it’s when using the PSI Powers where I have a minor issue.

There is around 8 PSI Powers that you can gain, but you only have 4 shoulder buttons to put them on.

This can be very limiting especially if you need a lot of it.

Personally, I wish I had more buttons to be able to use all of the skills at the same time.

But then again, it does make you strategize a small bit before getting into the action.

These skills also are useful against enemies, but some are sensitive to particular skills.

So, you’ll need to mix and match your skills depending on who you are fighting with.

It’s a good thing that when you change skills, the game automatically pauses.

You can also change your skills at any time, even in mid battle.

It’s not that hard to think this through 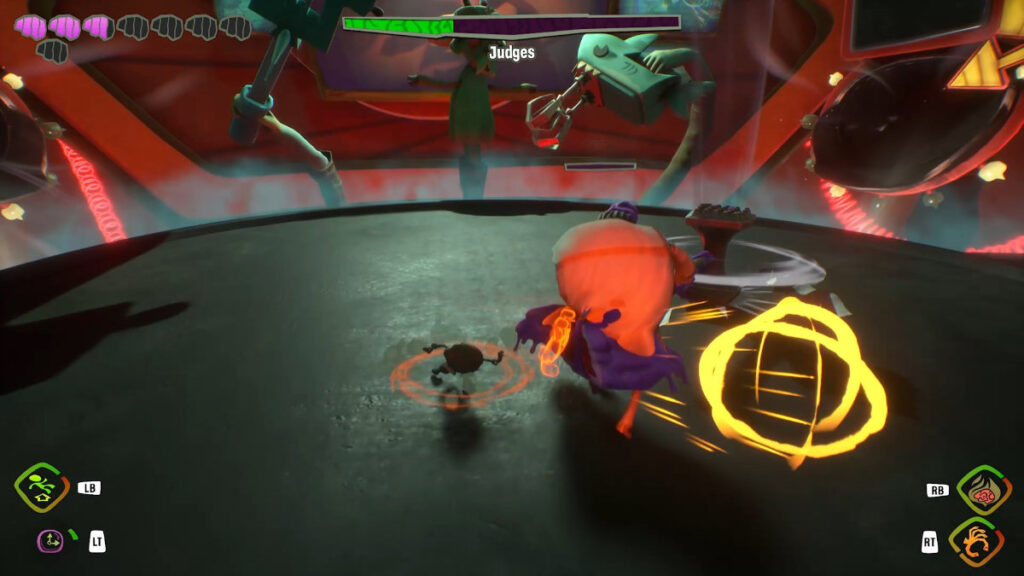 Psychonauts 2 is generally a breeze to play, but not totally easy to get through.

Levels and bosses are designed to make use of some thinking and some skill, but not to a point that I got stumped and had to look for a walkthrough.

It was easily manageable and at times, I did wish the bosses were more challenging.

But it has this right balance between action and a little solving.

I didn’t say puzzle solving since it’s not really that complicated.

There is an easy mode called the invincibility mode, but that is optional by default.

This is where the enemies don’t damage you.

Some people might not like this option, but I do admit that there are those who just like the story to be told thus, some gamers doesn’t like to be hindered by a difficulty wall to enjoy it.

But even with the easy mode, it only lessens the fighting aspect.

It will still challenge you with your platforming skills, since there is no way around that.

I’m sure that you won’t be able to access all the secrets of each level on the first go.

You will be given a chance to access all the previous levels and use all your gained abilities to find all the possible things in them.

Even when you are able to finish the story, right after the credits, a lot of the characters will still say a few things.

So, stick around to see more of the story if you want to.

And I open my eyes and see the reality of it 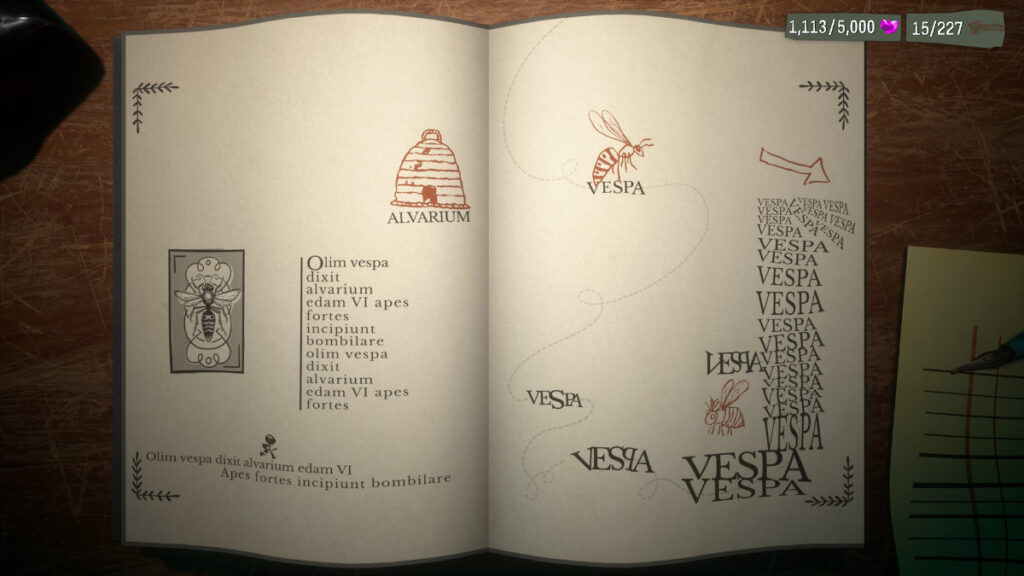 It has been 16 years since the original game.

The original game was a commercial failure but it was highly praised.

A lot of people worried if the quality would change because of how long it took them to make it.

The fans waited for a long time for Psychonauts 2 to happen. Once you play the game, it feels like it’s all worth it.

The game is just incredible just on its own. I love the fact that the game feels very polished.

I experienced the game crash on me only once after all the hours that I’ve played it.

The game looks wonderful; it’s a dream to look at. But I do think that it’s not a contender in terms of technical visual performance. And graphic issues are very minor.

The music and the speech are incredibly done.

It’s almost a perfect game for me, very close to it. I enjoyed every bit of it.

Somehow, it reminds me of this feeling of watching a Laika movie (Coraline, ParaNorman, Kubo and the Two Strings).

It looks like a dream, the story is amazing, and it is just satisfying to play.

The game is absolutely worth the wait. 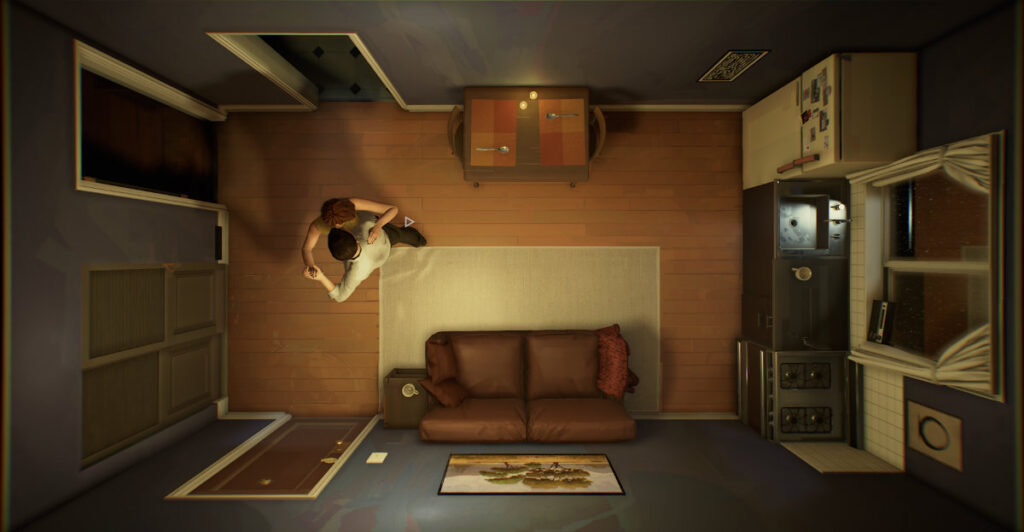