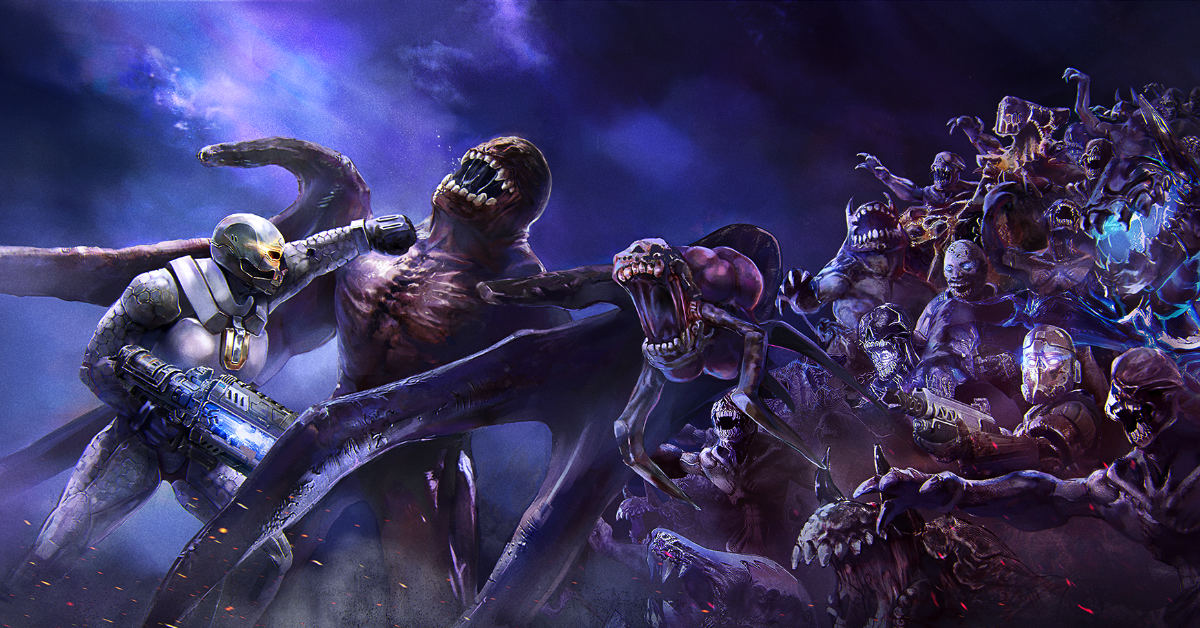 We check out Prodeus, the Doom inspired game from Bounding Box Software Inc. Everyone knows that nostalgia is a best seller. Tons of new games today are trying to replicate the look and feel of classic games while incorporating new designs and gameplay.

Prodeus is no different. This is a game that really took to the roots of classic shooter games like Doom (1993) and Quake (1996). Especially in level design and the look and feel of the game. Notably, Prodeus went through KickStarter to get its funding. Bounding Box was able to fulfill most of its goals. It was obvious that with the funds that they got, they showed what they are capable of. They didn’t reach their top-level goals, but it was more than enough to make the game a reality.

Does Prodeus have a story? 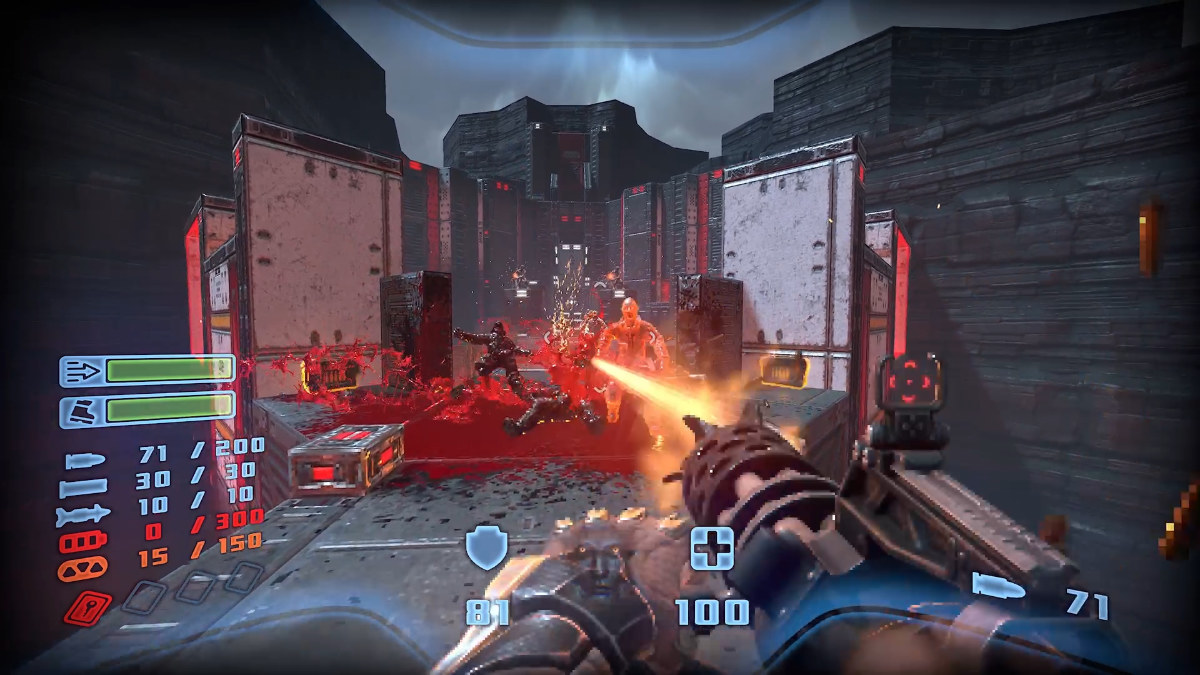 The story is practically non-existent. Remember the old days when you start the game, you are immediately put into action, it’s pretty close to that. But just like modern games, you still have to go through a tutorial. Good thing, the tutorial is pretty quick. Interestingly, the tutorial does tell you a bit before you get into the action. It tells you that you are inside your ship, and it’s been attacked by an unknown force. It practically destroys your ship but suddenly you are teleported to an unknown planet.

You should be in action in a few minutes. But there is a story here that you will uncover though. It’s told slowly by finding computers that tell you what happened. It reminds me a bit of Doom 3 on how it tells the story. The question is, is the story really that important for you to enjoy the game?

Even in their official site, the story is not even mentioned. They generally highlight the look and feel of the game. 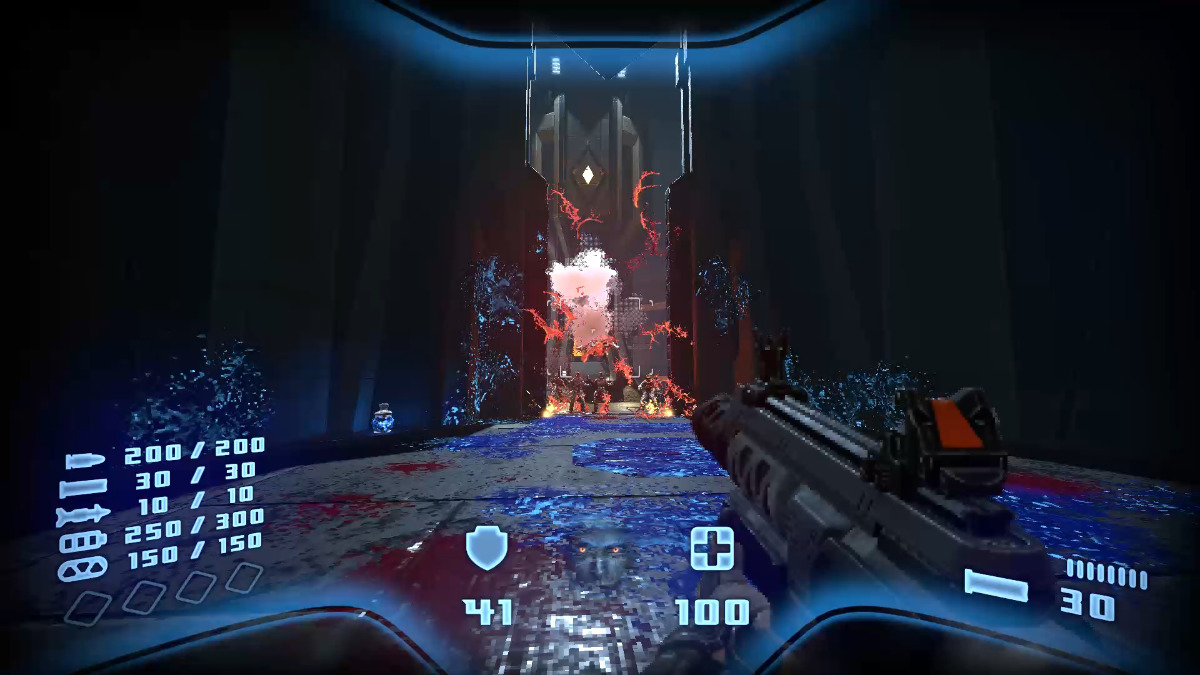 I love the graphics of Prodeus. It feels like it brought me back in time. All the pixelated look, reminding you of its inspiration which namely is Doom, Quake and other similar games. So, the graphics look like Doom but more detailed. So, you could say that it feels like Quake, but without the 3D video card smoothing effects and the 3D enemy models.  But even though it looks like an old game, it still does have a ton of effects reminding you that this is nothing like the old games of yesteryears. I know some new games are doing this too, like the System Shock remake.

There’s a ton of environment lighting effects that look incredible. The guns you hold reflect the lighting of the environment. It almost feels like it has ray tracing. The glass looks transparent, but not perfect. The polygons of the map are as low as possible but enough to make it work.

The look of the game has this feel of familiarity but at the same time, you know it’s fresh and new. So, they were able to achieve the look and feel of the classic games without looking like a pixelated world of Minecraft.

I find it interesting that they even tried replicating the look of flat objects and enemies. From what I understand these are actually rendered in 3D and it’s processed to look flat. Doom has flat enemies and objects while Quake uses 3D models for everything. Because of this, Prodeus has this blend between Doom and Quake. 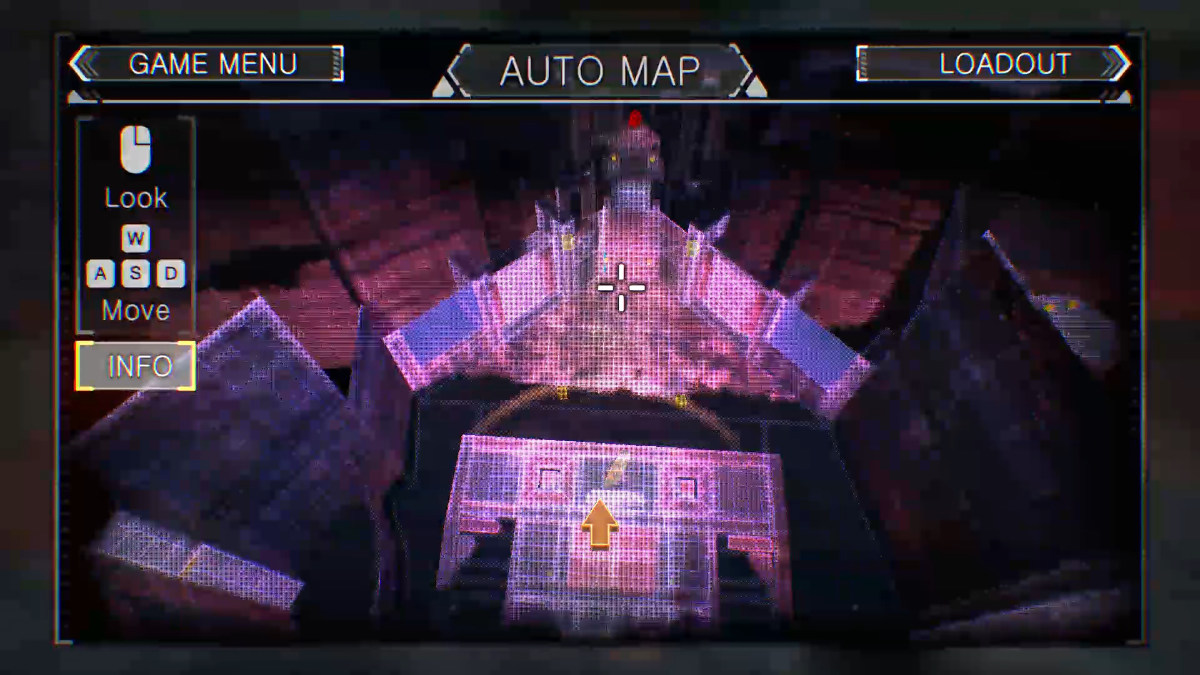 Enemies feel like they come from Doom. With zombies and demon-like creatures and such. The only thing missing is a portal to hell. Oh wait, there are portals in the game. So, in Doom you are dealing with a portal to hell, while this game is a portal to another world. So, pretty much the same idea, just given a different look.

Animation is not perfect either, which is intentional. It gives this feeling that everything is rasterized like the classic games. But in this case, it’s not. You’ll notice the gun you are holding is lit up by the environment as I mentioned before. That tells you that this is not a bitmap image like the classic games. Also, the enemies and objects are actually rendered in 3D. But with some programming magic, they only display in a pixelated version.

The game is very bloody. And each kill can splatter all around the area. It can be overwhelming too, especially if you use the machine gun. So much blood in front of you that you might not see what’s in front of you. And after showering your enemies with bullets, expect the walls to be painted red. And some of the blood might be even dripping from the ceiling. At some point, you can think this is a gory version of Splatoon. I guess this is one of my minor complaints. Because of so much gore and blood, it can get quite distracting if you are mowing down a lot of enemies. 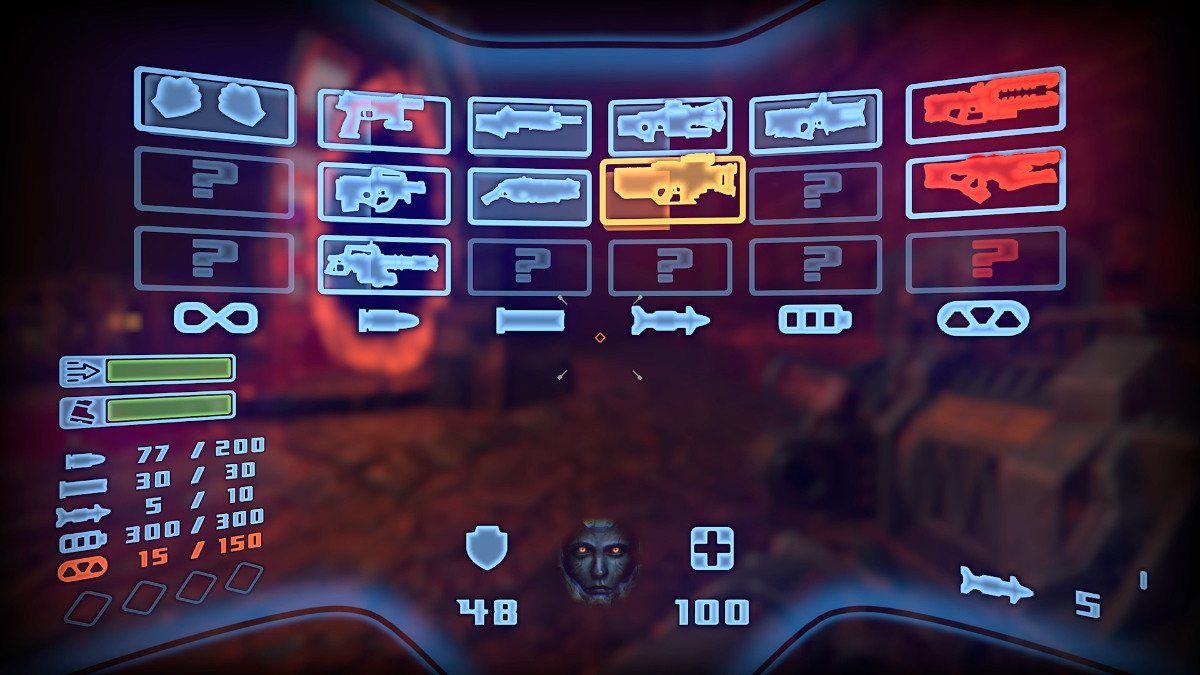 The music is obviously inspired from Quake, similar to works from Nine Inch Nails. No, it’s not Trent Reznor. Notably, Andrew Hulshult made the music. It’s difficult to react to the soundtrack, but I do have to admit that it drew me in. The music felt fitting, and it sounds perfect. Personally, it felt like I was playing Doom or Quake again. It gives you that tension that something is coming. As the action picks up, so does the music. When a ton of enemies show up, the music blends into something more action and heavy metal. Music immediately mellows down when most enemies lessen in number, if not completely vanish.

Classic Visuals but with Modern Gaming

After playing the first level, you’ll get to see the overworld map. At first it reminded me of classic Doom, but then again, the more I look at it, the more it feels like Super Mario World.

The level design of the maps feels like a classic too. Modern games focus on how things will blend in with a more realistic setting. While levels in Prodeus are for the players in mind. Levels feel like mazes at times, but it’s not difficult getting around. Every level has its distinct feel. Sometimes making use of the map feature is useless. Although the map feature still is helpful for finding stuff.

Like the classic Quake or games like Half-Life games, there is a bit of platforming. You need to know when to jump on certain areas. And just like Doom, it has a map system. Everything that you see will automatically be mapped out. But there is also a chance that you can find an automap within a level. That will display the entire map and all the items even if you haven’t seen it. So, this helps when trying to see every nook and cranny of the map. 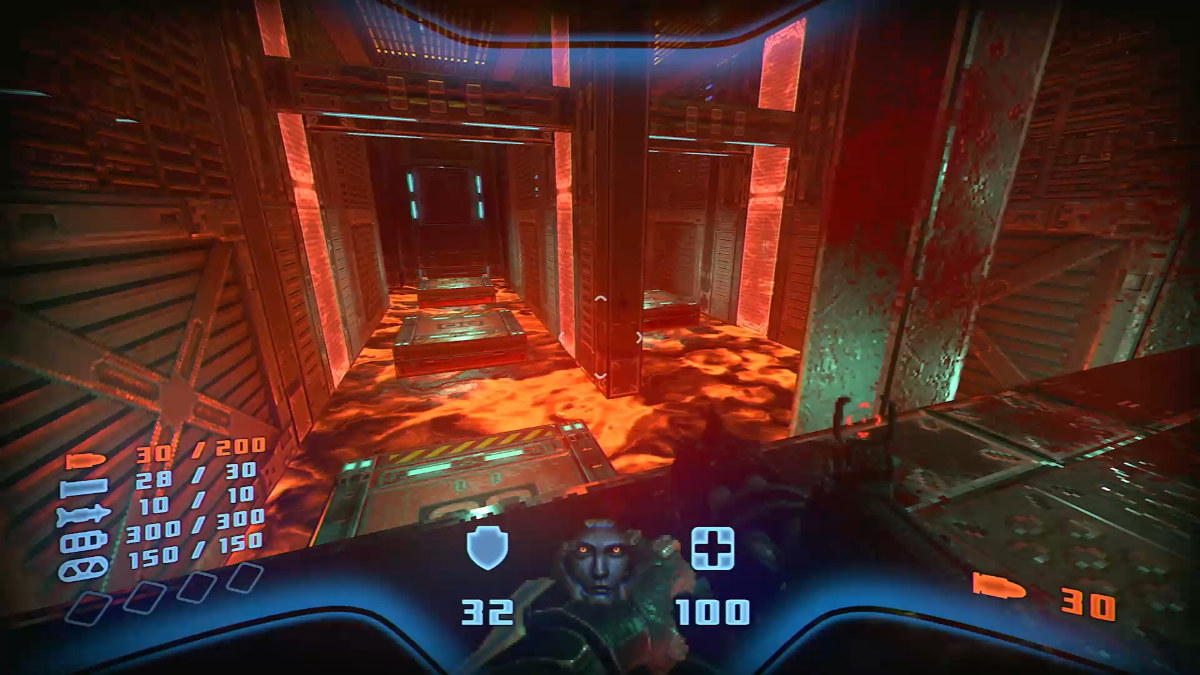 Prodeus controls like modern games now. Mostly closer to Quake. I doubt anyone will use Doom controls now because they didn’t have a way to look up or down. Using the controller was a breeze, but I doubt any PC gamer will replace a keyboard and mouse setup. Which also works amazingly.

I like that the way you can target specific parts of your opponents also has an effect. If you target the head, it can do an instant kill. Or if you target an arm, the enemy will lose an arm. I don’t remember the old games doing that. I’m not sure, but I think I remember targeting specific parts only happened sometime after Quake, and at the time we were being introduced to 3D video cards like 3DFX.

Each weapon feels great. Each one has a secondary ability. Like one weapon feels like a pulse submachine gun, but also has the ability to target lock. This allows you to bend the bullets, so to speak. So, regardless of which direction you are firing, as long as the weapon is locked, the bullets will try to reach the target. A shotgun shoots in a spread, but you can power it up to focus on one opponent. This has been my favorite so far. The rocket launcher hits big, but you can also control when the rocket will blow up in midair.

The game is a bit of a cheat. There are certain areas or triggers where enemies will just suddenly show up. So, if you are coming into a level for the first time, be prepared for anything. Even though you think you have cleared an area, something you do to progress the game can actually make it harder for you. 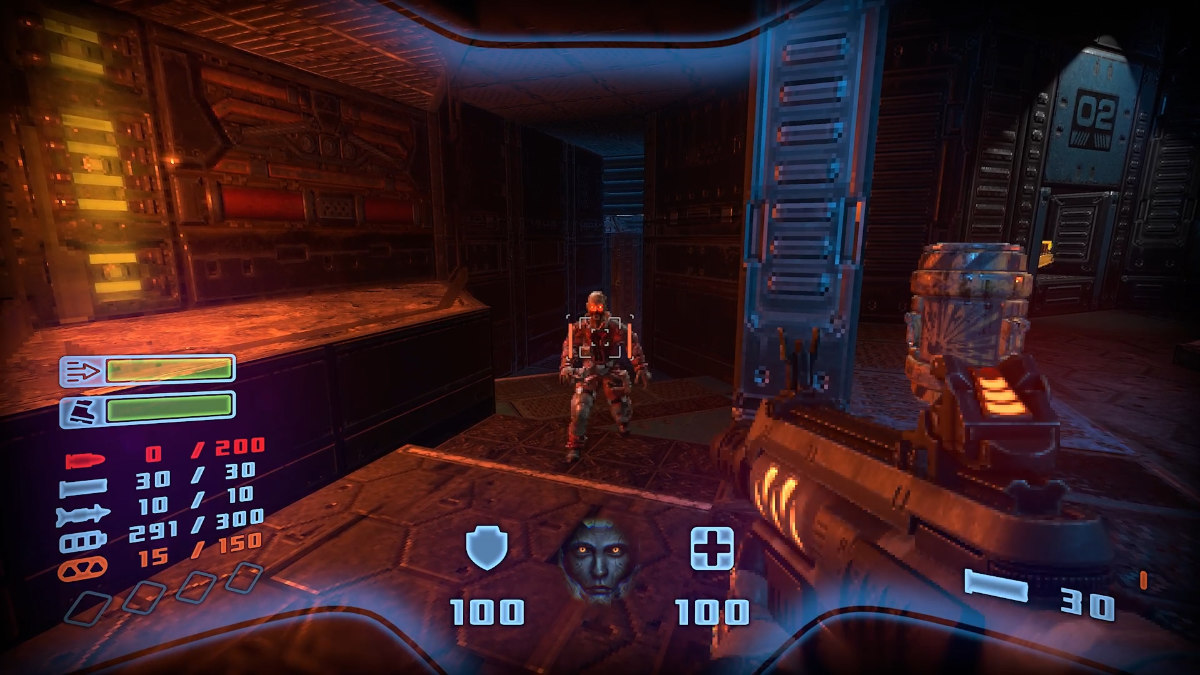 The game is forgiving. You only need to find a Nexus Point to secure your respawn area. Think of this as the checkpoints. If you die, you automatically respawn at the Nexus point. But remember, you need to find a nexus point first to make this work. Without a nexus point, the level will restart. Some people might get turned off because of this, because the challenge goes way down since you know you can inch your way through the game.

The game doesn’t reload if you respawn at a Nexus point. In other words, it’s not impossible to get through a level regardless of how bad you are at playing it. The only question is how many times you will die.

Although don’t get too comfortable with the Nexus point either. Because the last level is in a brutal survival mode without a Nexus point. 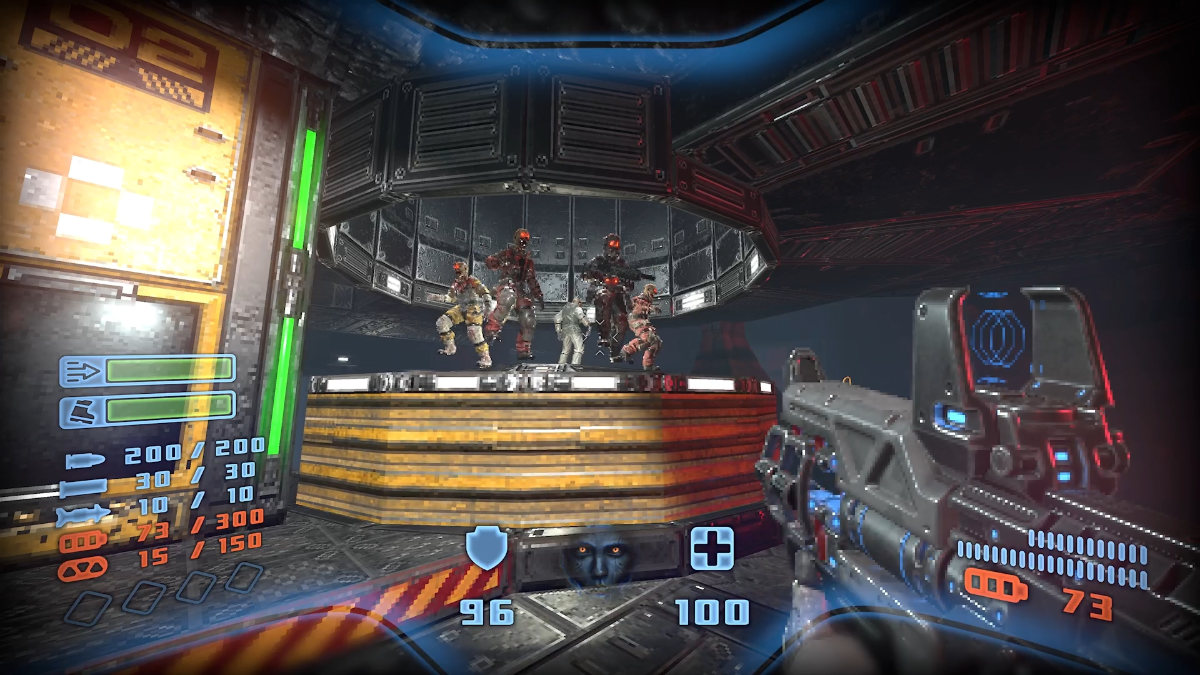 The ending is basically just reading a short text. It’s much like the classic games. As we’ve pointed out earlier, this is about the game, and the story is practically non-existent. But the game doesn’t end there because after playing the main campaign, the game also encourages you to try other downloadable levels and campaigns. Those levels and campaigns that other players and the community made. I played this mostly on the Xbox. So, for a while I wondered about how people were making levels. Apparently, if you use the PC version, the main menu highlights creating your own levels.

I like that this is a Play Anywhere game. This means you can transfer your save game from the Xbox to the PC as long as both copies are under the Microsoft Store. Although it seems that there are other ways to save your progress too, which I really like if that is the case.

Unfortunately, I can’t test the multiplayer for some reason. Not sure why. I would have wanted to try that one out. But regardless… 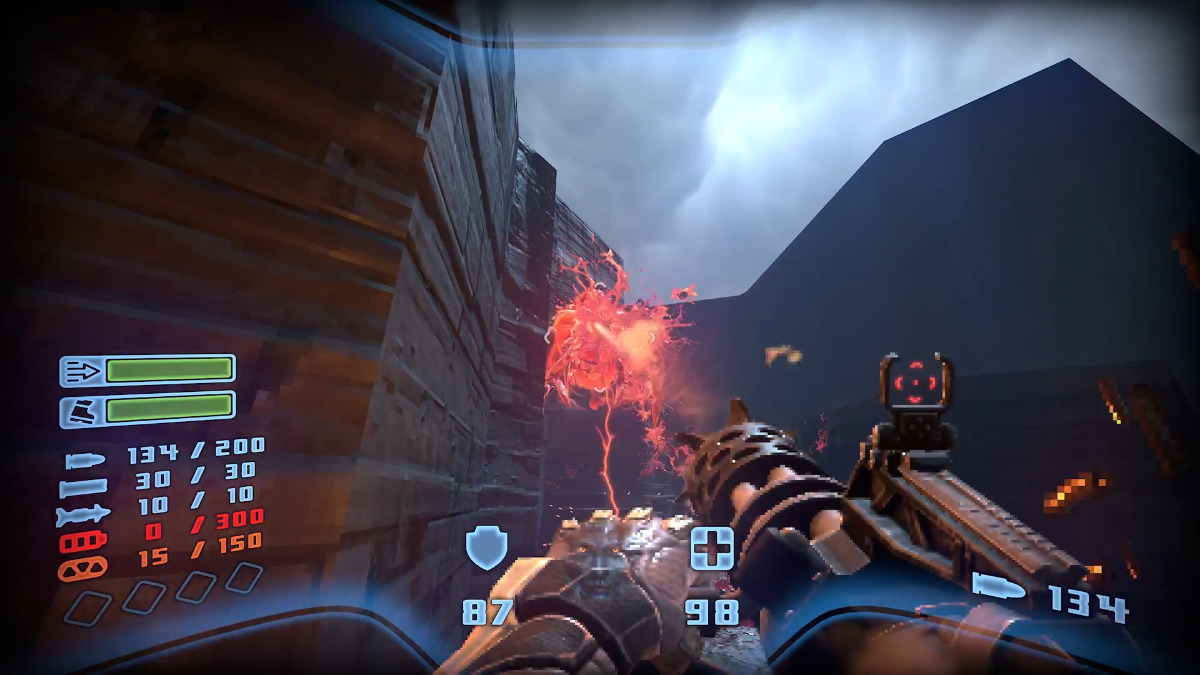 So far, this is a really good game. A solid package overall. It’s a good entry point for first person shooters because it’s easy to play. And for sure, there is nothing stopping you to actually finish a level. In addition, you have a community of level designers making the game so much more interesting than just the campaign alone. You practically have an unlimited number of levels to play and try out. You also have the ability to create your own. This is practically a complete package. I’m giving Prodeus a 4.5 out of 5 for the PC version and a 4 for the Xbox version. The console version has a lower rating just because it doesn’t have a map editor. But overall, it’s still a very impressive game by Bounding Box Software Inc.