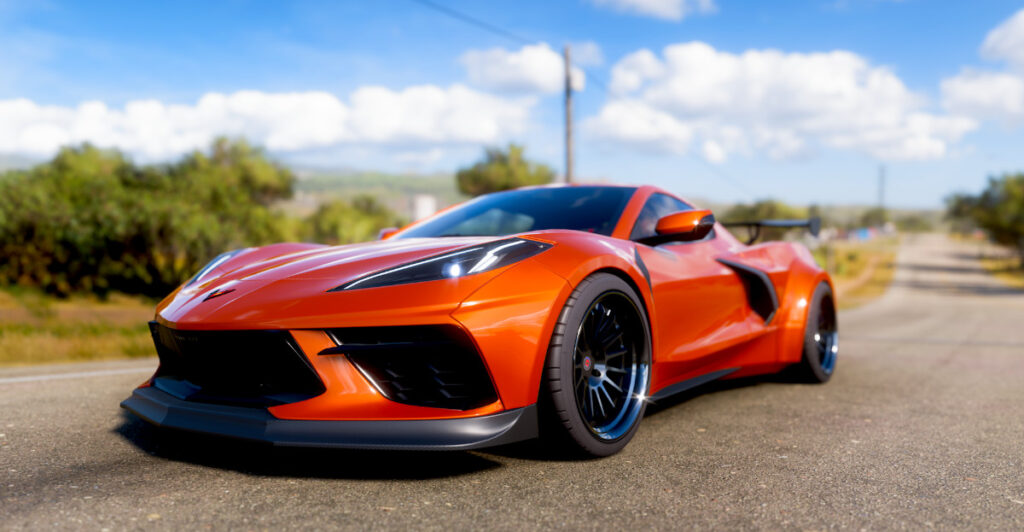 Forza Horizon 5 is the latest driving game from Playground Studios. Here, we are transported to Mexico and we get to enjoy the latest Horizon Festival.

Forza Horizon originally was made to compete with open world racing games like Need for Speed and Burnout Paradise.

While the other game in the same franchise called Forza Motorsport is more focused on competing with Sony’s Gran Turismo racing series, this makes the two games very different from each other.

Forza Motorsport is designed for challenging racing, while Horizon is more flexible and open to more with a lot more variety than just racing. 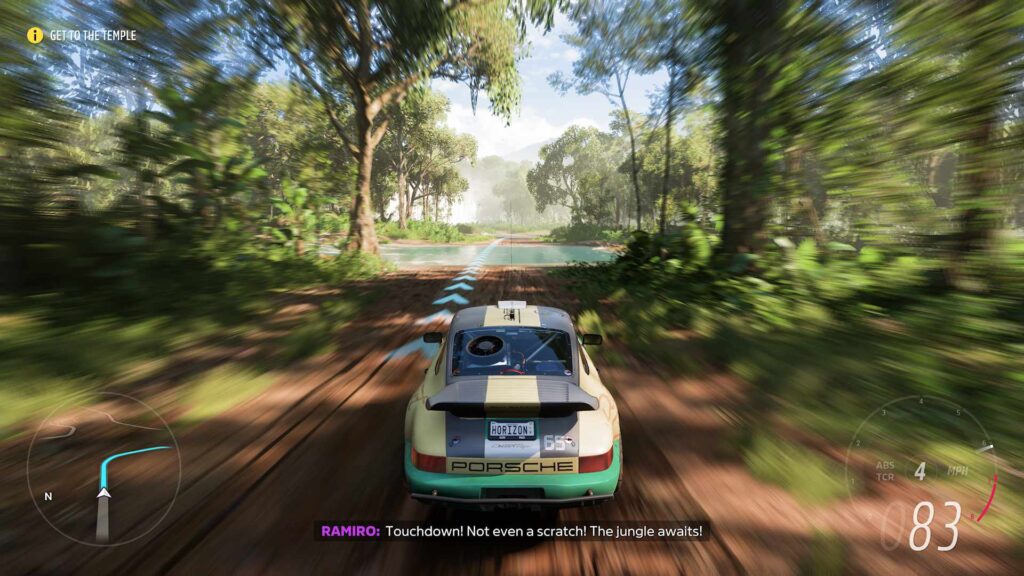 As you start the new Horizon, you are inside a Ford Bronco dropped from an airplane.

Once you land, you immediately start driving, coming from being on top of a snowy mountain, going down to the dry desert.

It’s an amazing sight since you see far in the distance how wide the land is.

And it keeps on coming.

Now a Chevrolet C8 Corvette Stingray is released from the plane and you are driving on the road with green fields around you and then you go through a sand storm.

The next one is a Porche 911 through a forest and you end up seeing an ancient temple.

And finally the Mercedes-AMG One, going to the first Horizon Festival Mexico.

It’s an incredible introduction to the game environment.

The different feel of the cars when using them, it’s a very quick tutorial but at the same time, it works as a showcase of what the game has to offer. 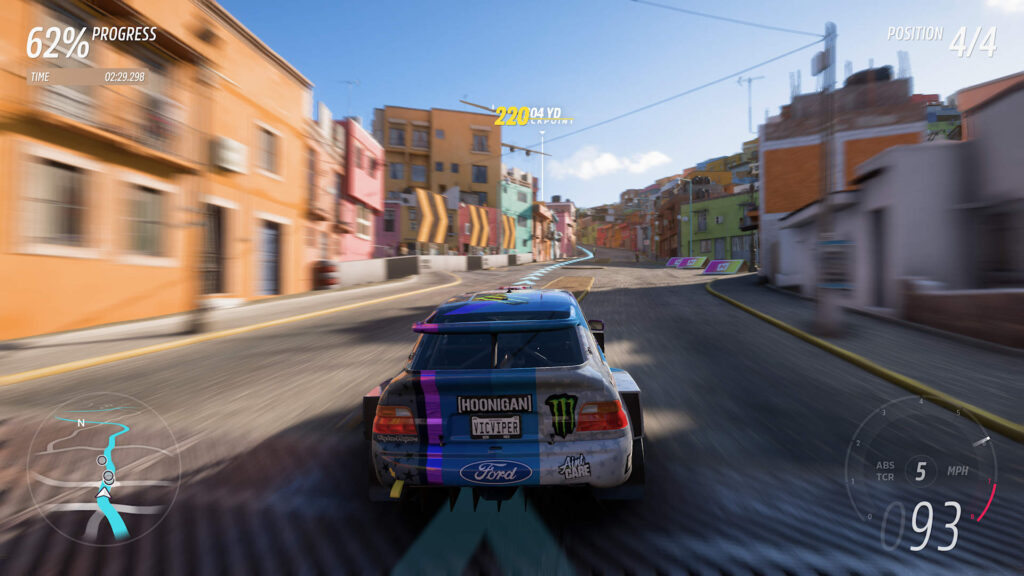 Once that initial intro is done, it shows you the entire map and the first race that you can go to.

You have the option to immediately go to the location to race, but it also shows you that the map is very large, and there are no limits to where you want to go within the map.

Just driving around can provide you hours of entertainment simply because there are so many things to see.

The variety of the environments is astounding and there are even real life locations that are considered a must-see. 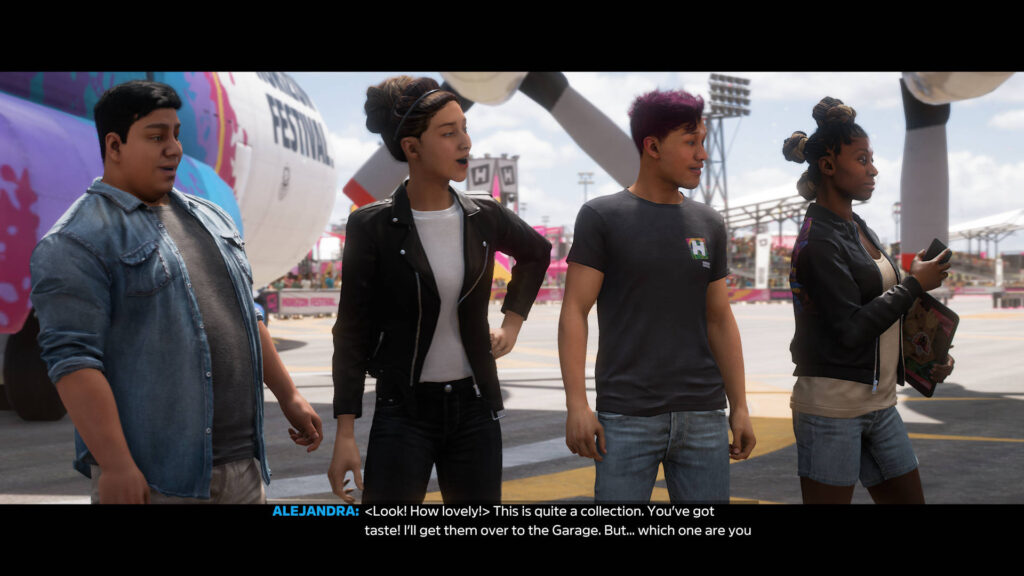 A Ticket To Mexico

This Mexico is just like the previous Horizon game.

While Forza Horizon 4 was a mix of Great Britain, Horizon 5 is an interesting mix of different Mexican inspired locations.

I loved the fact that, like me, those who can’t travel around the world as easily as they’d like, can enjoy seeing these locations.

And the detail of these locations is incredibly realistic too.

The game doesn’t ever rush you to do anything, which gives you time to actually appreciate the environment.

It’s also a good thing that when you stop, you are also given the option to use the drone mode to just enjoy the sights that can’t be viewed from your car.

With the map so big, it’s not easy to visit them all in one go.

You can maybe, but you’ll be rushing by just to try mapping every location.

If you really want to enjoy the sights, you’ll need more than a day. 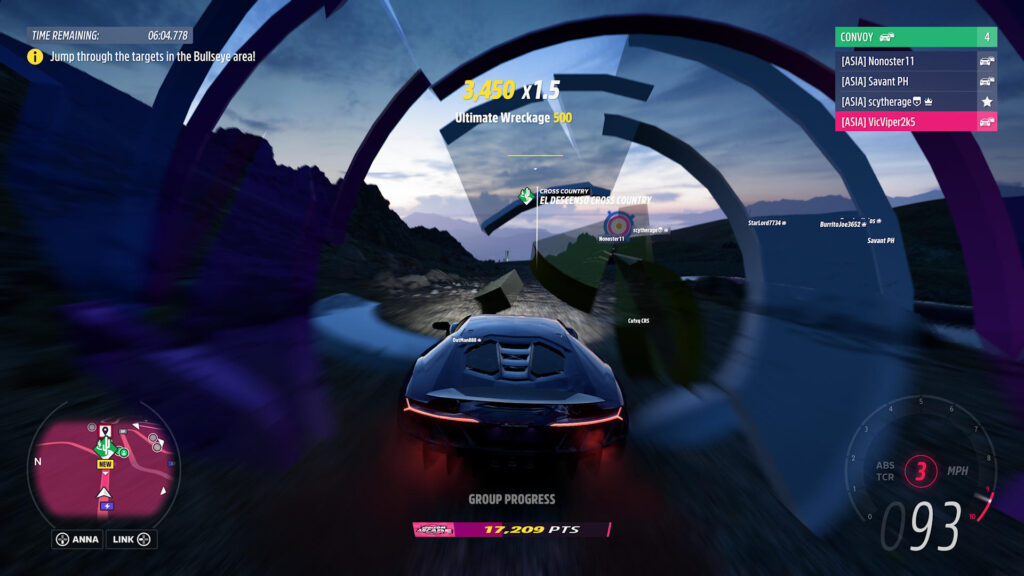 The tutorial will make you go through some more races, until you get your first home.

Then the game actually starts.

The game opens up more races and challenge markers. And there are a bunch of them.

There are certain events which have timed environmental effects while playing and it will open up more races.

There are several types of racing that you can encounter like street races, road racing, dirt racing, and cross country.

And you can even try doing challenges for speed traps, speed zones, danger signs and more. 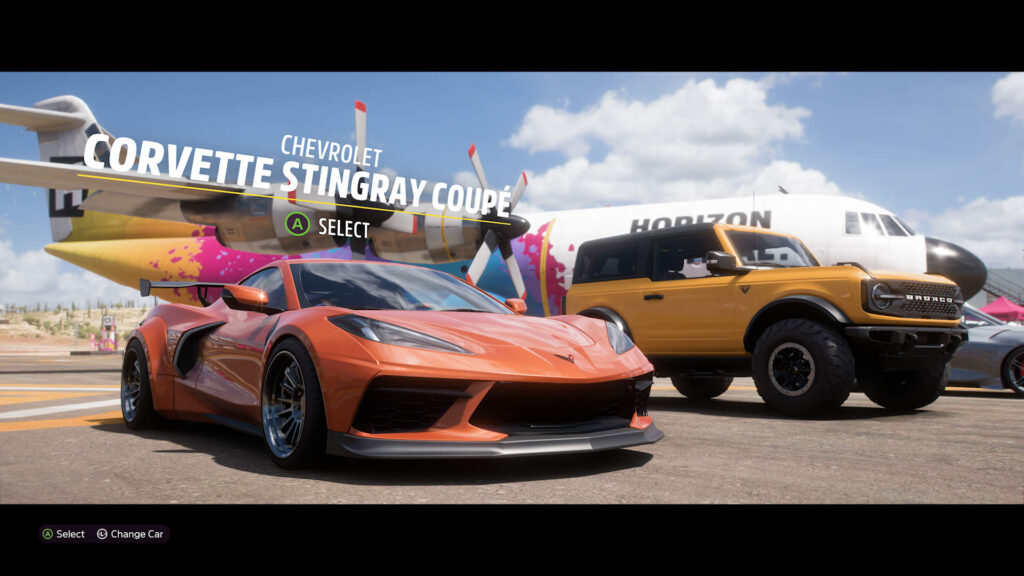 Actually, everything you do in Forza Horizon 5 earns you points.

The game just encourages you to just dive and don’t pressure yourself into racing games.

Even if you are in a racing game, win or lose, you still get points.

Of course, winning gives you more points than losing, but regardless of how you perform, you still get something out of it.

Winning in the game is a personal choice, not a requirement.

You won’t even be locked out to any event, since everything will be unlocked as long as you keep on driving.

With so much to do, you’ll be bound to try something. 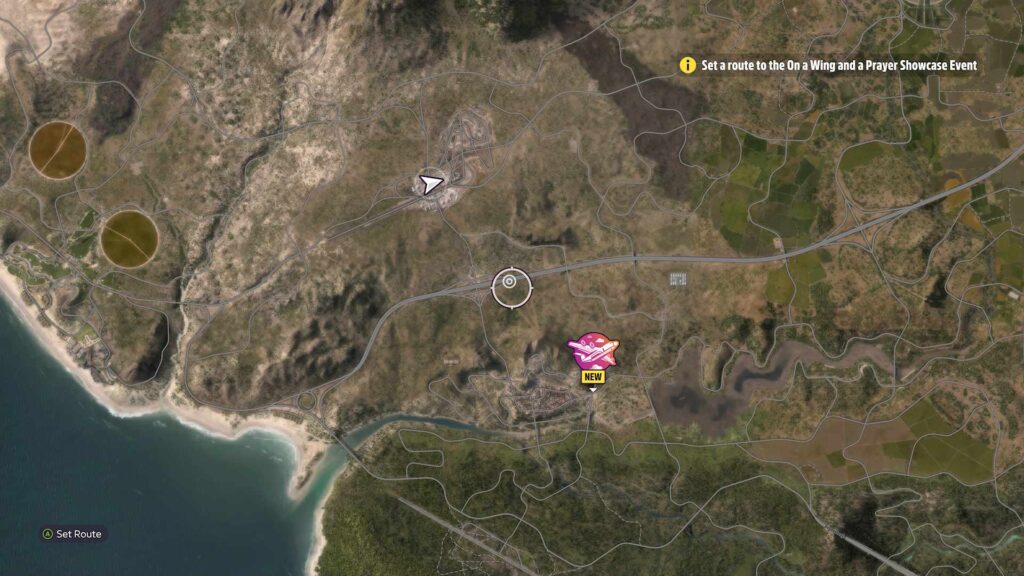 If you do start racing, Forza Horizon has a fairly flexible difficulty setting.

The game will scale depending on how you play.

If it notices that you lose regularly, it will ask you if you want to reduce the difficulty.

If it notices that you win, and then you win again, it will ask you if you want to increase it.

By default, the game feels like an arcade racer, but that is by design.

An arcade racer feels more welcoming to new players, but you are also allowed to modify the controls to make it feel more realistic if you want it to play that way.

If you even make a mistake, you are allowed to rewind until you reach a point where you made a mistake.

As long as you don’t flip the car, or miss a checkpoint; you should be able to rewind as much as you can.

But of course, removing it will make it more of a challenge.

Even if you are done with most of the races, there are also seasonal events.

You can also get special cars.

If you get tired of all the races, you can even try custom made races, and even make your own. 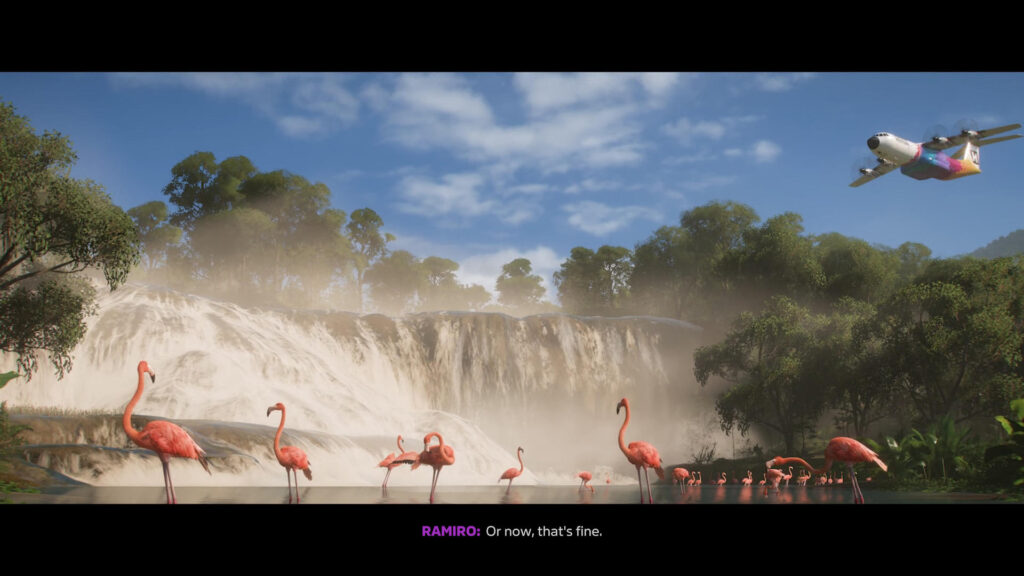 My only issue with the game is that drifting is difficult by default.

It does actually teach you a very small bit, but not enough to understand what’s wrong with your own driving.

Getting to drift properly should encourage you to turn off some of the driving assist settings.

But the game doesn’t really tell you that.

If you try drifting without turning the assists off, you’ll just regularly skid out of control because all the assist settings are preventing you from driving in a different angle than the road.

Or the settings can even force you to brake the car even if you don’t want to.

So, my tip, gradually remove the driving assists until you get comfortable with the manual settings.

The game also gets better if you know how to drive manually. 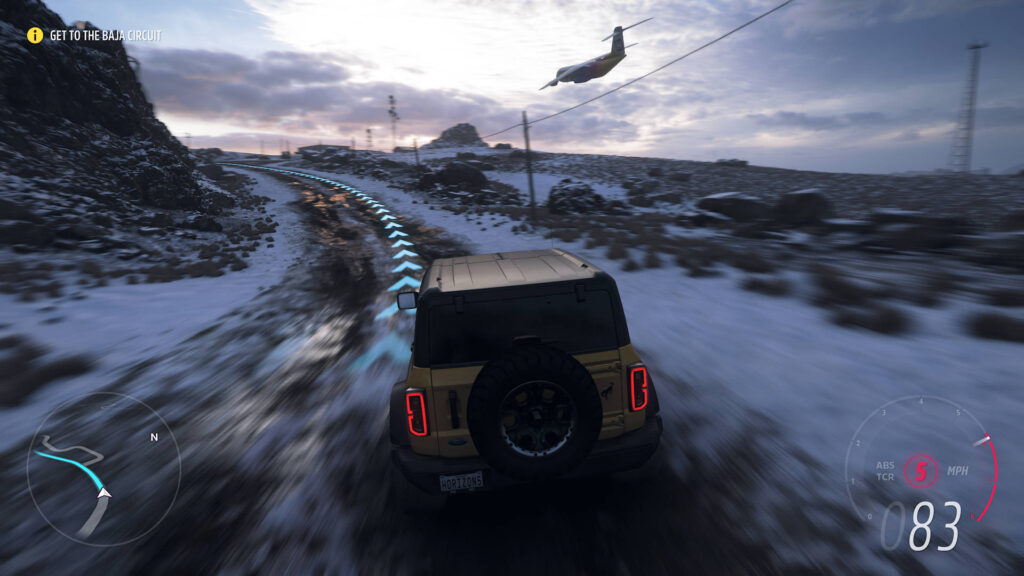 Car fans will have fun with collecting cars in the game.

There are over 500 cars that you are able to collect in the game around 90+ car brands.

And you can upgrade a lot of the important parts to make it fast or efficient, depending on what you want to happen.

You can also fine tune all the modifications that you’ve made.

You can even customize them to your heart’s content, want to put anime art on your car?

Sure! You can either download the art made by the Forza team or download all the other car designs made by other players and apply it to your own.

It’s amazing to see the works of art on your car.

I can only imagine how long they work on their art to be used on those cars. Absolutely incredible. 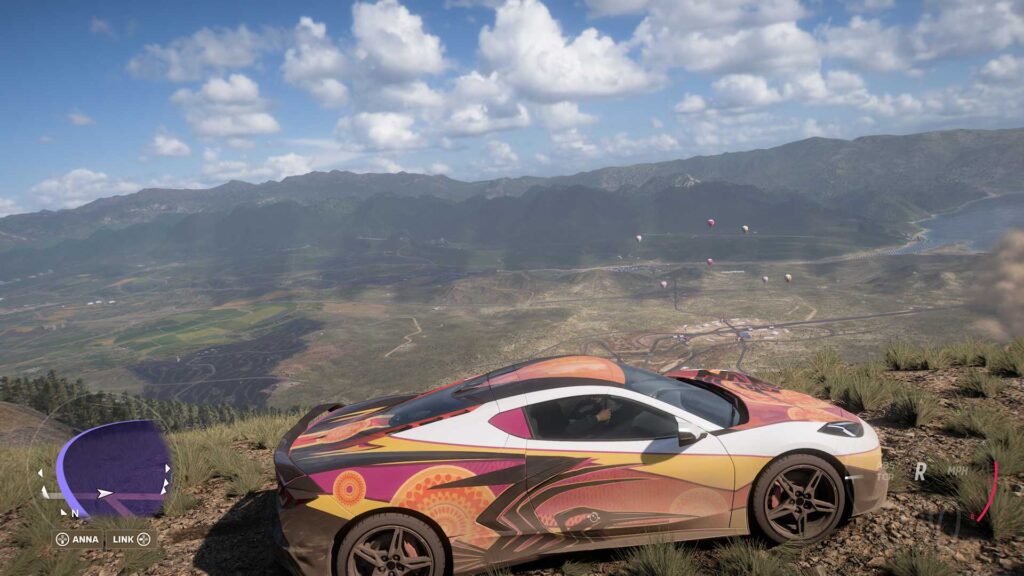 By default, the game will always try to go online.

Although the game doesn’t really need it, it really helps because it makes it feel more connected.

Even the names of the virtual drivers will be taken online based on the friends you have on Xbox Live.

Doing offline events will still allow you to rewind in a race, but doing an online race will make this feature unusable.

The Beauty of Mexico

The graphics are jaw droppingly amazing to look at.

If you’ve played the previous Forza Horizon, you might think that it’s not that much different.

But if you look into the smaller details, you’ll notice that there is something much more to the visuals which you will notice in quality mode.

The lens flare looks realistic enough that it felt like I was looking through a camera.

There’s even some dirt that shows up depending on the lens flare.

The draw distance is far enough that pop up graphics don’t really bother me.

The only thing that bothered me in terms of graphics was the smoke showing inside the car. 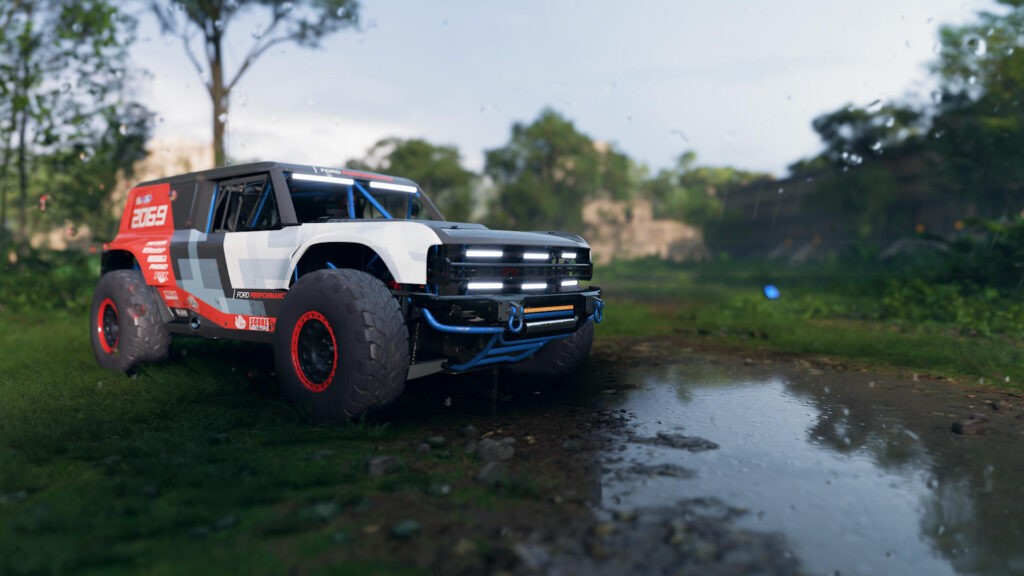 When using the performance mode, it uses 60 frames per second.

The smoothness is lovely to look at.

But the graphical pop ups were more noticeable and the lens flare is gone.

Both graphical settings are great to use, it’s just a matter of preference.

Personally, I use the quality mode more because the graphics are just stunning.

The Xbox Series X should have the advantage of ray tracing, but it’s really rarely used in this game.

It’s almost negligible since you can only access this graphical enhancement when using Forzavista, which is the close up mode when you are in a Horizon Festival area.

When you are in Forzavista, you’ll notice that the car is reflected properly, every part of the car reflects and it looks amazingly good.

When you are outside, the only thing reflected on the car is the environment, but the people or the car itself can’t be seen in reflections. 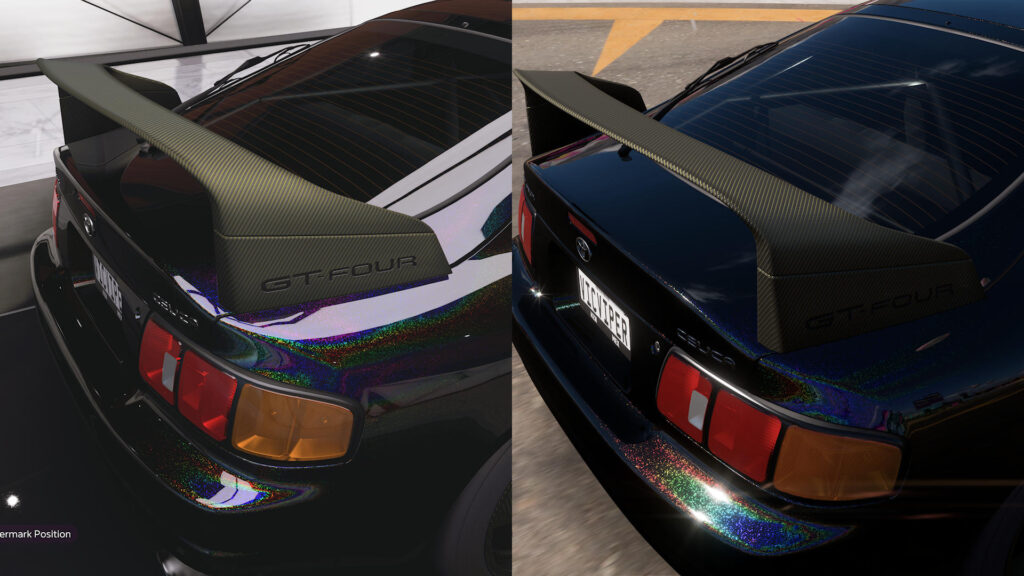 Car models look great regardless of what car you are looking into.

From the external look, up to the interior of the cars.

The various environments like the rocky mountains, forest, the desert, and town… it all looks incredible.

The visual problems mostly only show when you look for it, but in most cases, it just perfectly looks good.

The only graphical issues that I found was a flickering fence that only happened to me a few times and it was in the background that really didn’t affect my gameplay and there was this one instance that the sky didn’t show up for some reason, and I couldn’t replicate that problem.

The game is amazing all throughout. 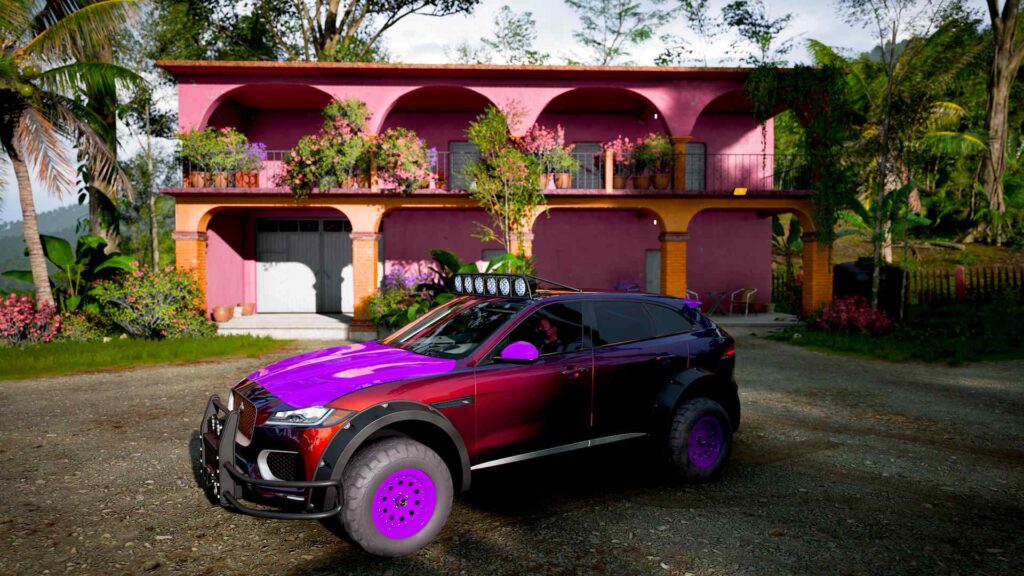 From the flexible difficulty, the incredible graphics, the amazing amount of variety of environment and gameplay.

Yes, there are issues here and there, but overall, it feels fine tuned almost to perfection.

I’m generally not into racing games, but I love what Forza Horizon 5 has to offer.

I can keep on playing this on a daily basis if it was the only game I was playing for the rest of the next few years.

So, this is highly recommended especially for new players of the genre.

Forza Horizon 5 is available on the PC (Steam and Windows Store), Xbox One, and Xbox Series X/S. 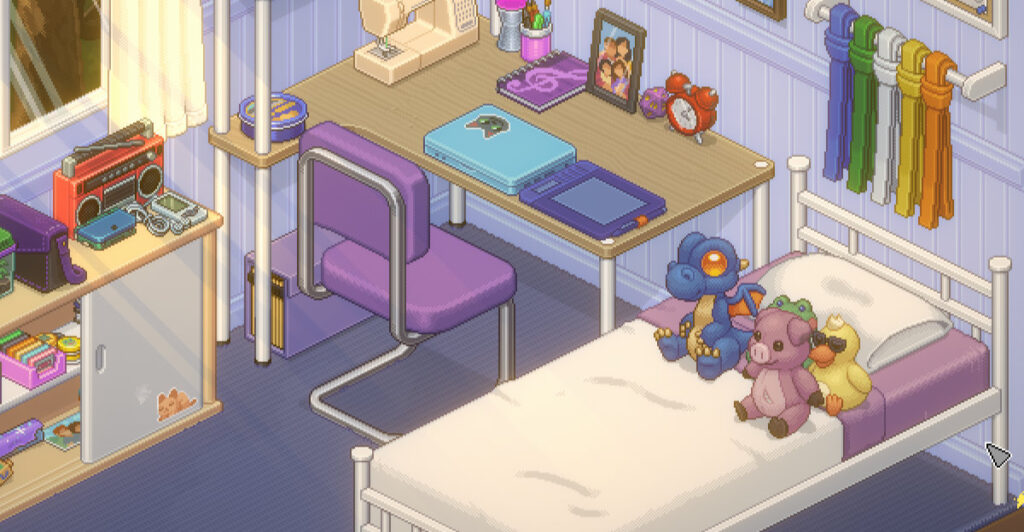