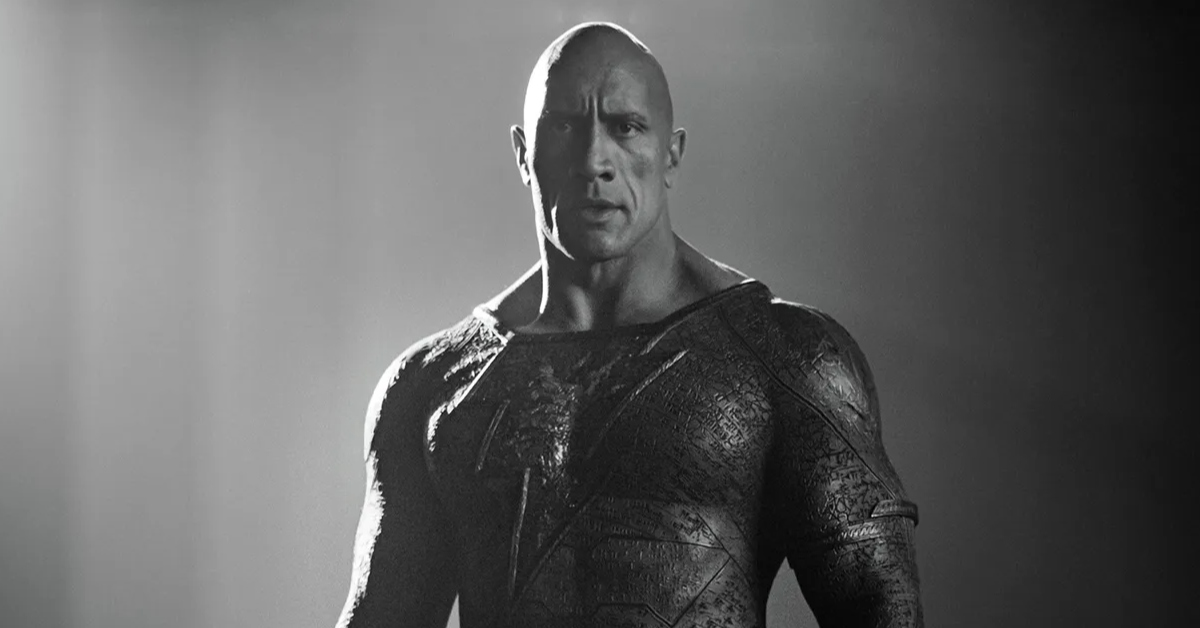 A new leak revealed the villain for The Rock’s Black Adam movie.

The trailers released for Black Adam haven’t shown us anything about the main villain. We knew that The Rock’s Black Adam will be facing the Justice Society of America. When we initially see Black Adam, he’s going to be a very angry supervillain. It’s the job of the JSA to convince him to use his powers to help the ones in need. The trailer has shown several of these heroes in action, which we are all excited to see. But none of them seem to be the main threat to Black Adam.

And what have McFarlane Toys have given us? McFarlane Toys is very far from simple LEGO sets. Yes, LEGO sets have generally given us a ton of information. But LEGO is not the best at giving us details about a character. On the other hand, collectors know McFarlane Toys are of high quality detail at competitive prices. And recently, they have released their DC Multiverse Black Adam lineup. This includes Black Adam, the Justice Society of America, and apparently his bad guy Sabbac. 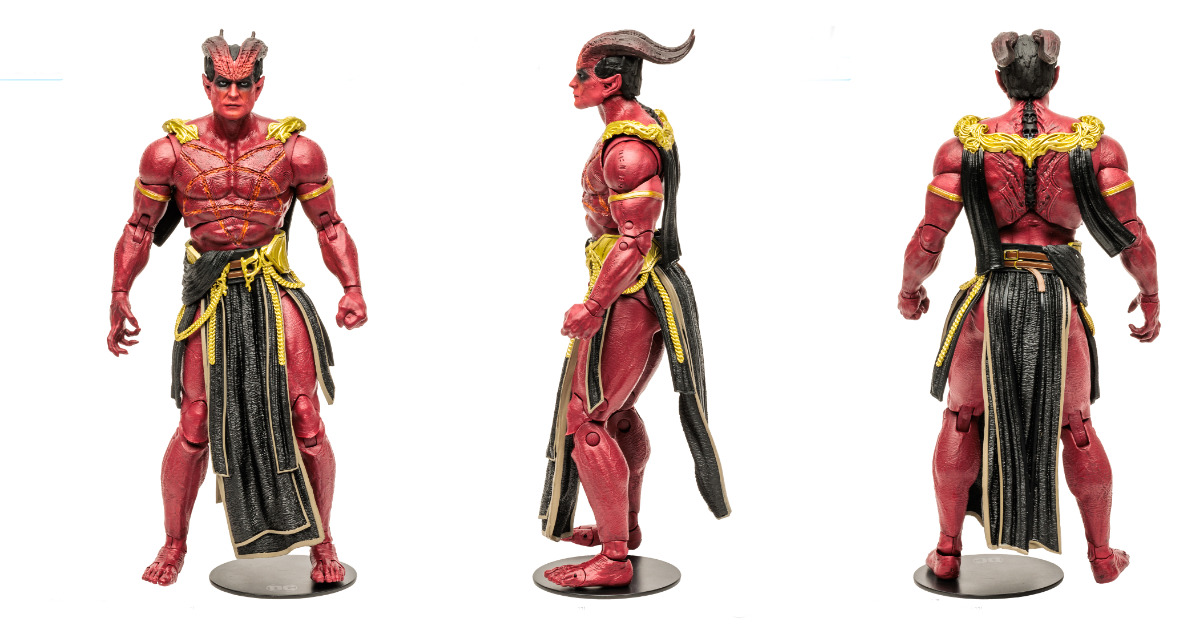 Here’s the description written on the box:

Possessed by a demon, a military Intergang leader transforms into Sabbac, the only being whose powers are equal to those of Black Adam.

Okay, the interesting part here is the short detail that gives us more about the villain. The box also indicates Sabbac’s alias as Ishmael Gregor.

There were two incarnations of Sabbac in the comics. He first appeared in Captain Marvel Jr. No. 44 in 1943 under Fawcett Comics. This was a creation from writer Otto Binder and artist Al Carreno. Timothy Karnes is the name of the character who shouts the name “Sabbac” and then transforms. This is very similar to Shazam! Actually, Sabbac is like the dark counterpart of Shazam! He gets his powers from the demons Satan, Aym, Belial, Beelzebub, Asmodeus and Crateis.

In 2004, Ishmael Gregor, a Russian immigrant, wanted to get the power of Sabbac. To do so, he used a ritual and killed Karnes. He successfully transferred the power of Sabbac unto himself. This was the version that writer Judd Winick and artist Tom Raney created.

The New 52 phase of the DC Universe introduced a newer version of Sabbac in 2011. Writer Geoff Johns and artist Gary Frank created the last version that possesses a wicked person instead uttering the name to gain the powers. This version was more of an embodiment of the seven deadly sins. 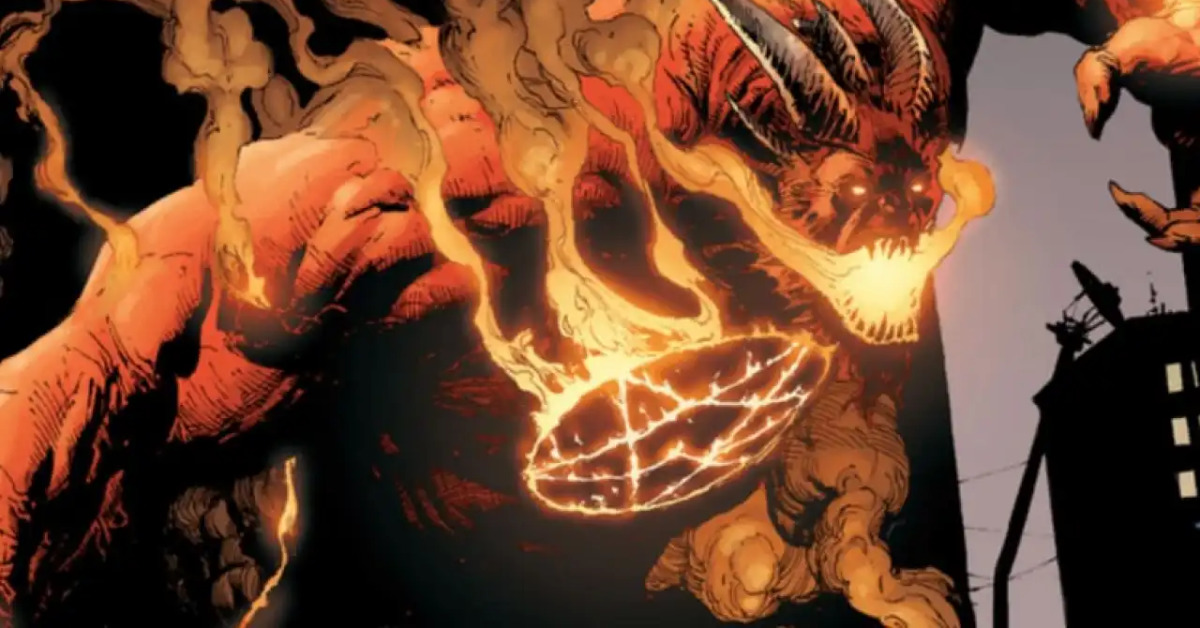 Now, who is playing Ishmael Gregor? The production still has some roles to officially announce. This is mainly due to building the surprise for the movie. But back in October 2020, The Illuminerdi reported that Marwan Kenzari will play the role of Sabbac. There was confirmation that Kenzari is part of the film. Although, we haven’t heard any confirmation of Kenzari’s role. Audiences know the actor for his role in Netflix’s The Old Guard. Also, he’s Jafar in Disney’s live-action Aladdin. Furthermore, he is also part of Kenneth Branagh’s Murder on the Orient Express.

Black Adam, as fans know, has the power of Shazam! Fans are already aware of this story as the first Shazam! movie as Zachary Levi subtly mentioned it in the narrative. In Shazam! the Wizard told Billy Batson about a previous champion who abused the power he gave. Since Sabbac is the polar opposite of Shazam! it would be interesting to see how they face each other on screen.