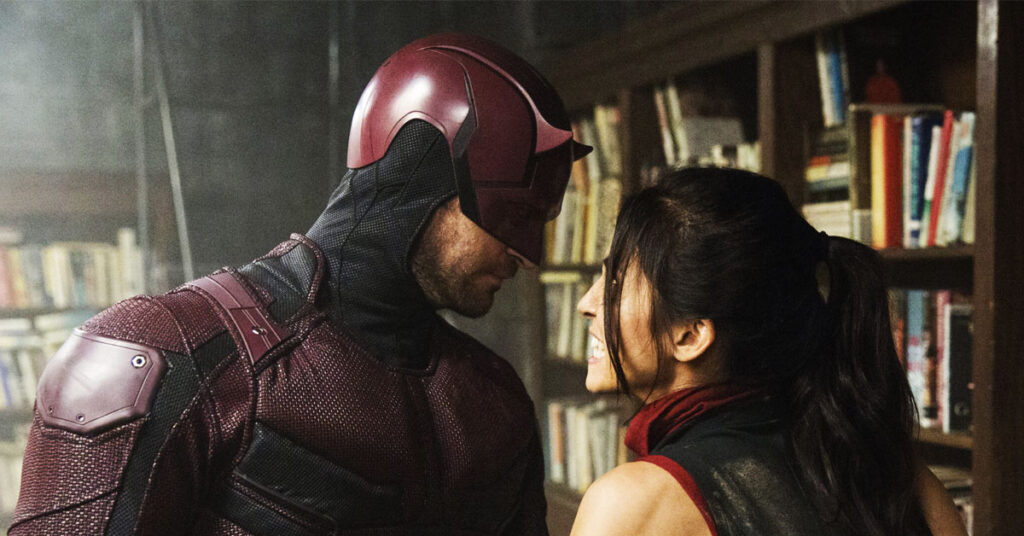 Elektra‘s return to television could ignite a brutally violent and possibly fatal conflict between Daredevil and Bullseye in Marvel’s reboot.

Elektra was last seen in 2017’s The Defenders.

That was Netflix’ version of the Avengers.

In this case, the streamer teamed up its streetwise Marvel heroes.

Played by Élodie Yung, Elektra was better received than Jennifer Garner was in two films: 2003’s Daredevil and 2005’s Elektra.

Nevertheless, Yung didn’t make the lasting impression that Charlie Cox did in the title role or Vincent D’Onofrio as the Kingpin.

Marvel Studios is definitely interested in bringing back Elektra.

Elektra Is Returning In The Daredevil Reboot 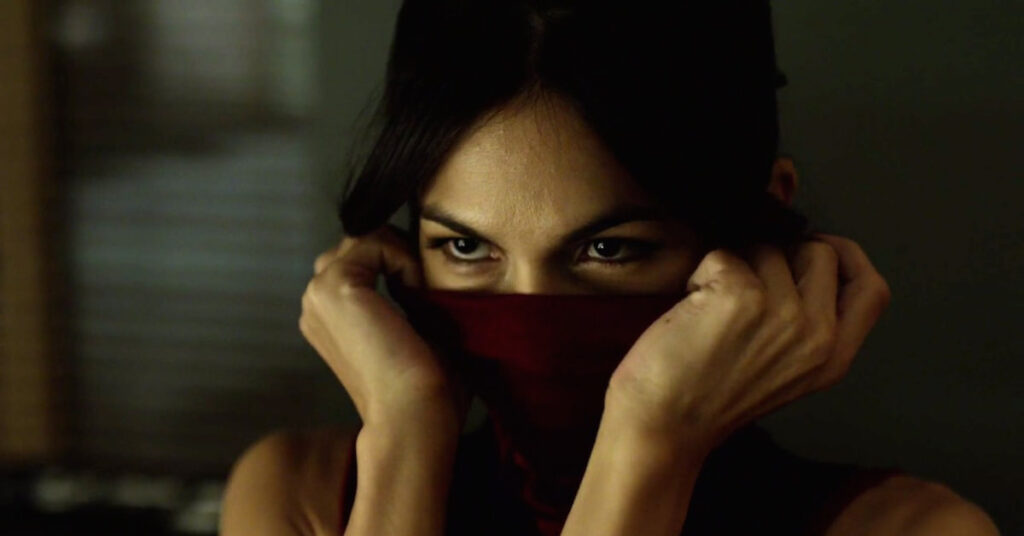 However, most likely she’ll be recast, probably for the reason stated above.

I’ve written about the Daredevil reboot for Marvel Studios several times before.

But I left out Elektra.

I considered her return in the reboot to be inevitable given her iconic history with Daredevil in the comics.

I simply wasn’t hearing anything until now.

Writer/artist Frank Miller created Elektra for Daredevil No. 168 in 1981.

More precisely, she was his alter-ego Matt Murdock’s college sweetheart.

Elektra was both the One Who Got Away and the Bad Girl.

She was the kind of girl you didn’t bring home to momma.

After all, she’s an assassin.

I’ve always had a personal attachment to Elektra as I bought her debut off the rack in 1981.

I was a young nerd; I could see why Daredevil was so taken by her.

The exotic (she’s from Greece), exciting Elektra could took any guy’s mind off his studies and into another albeit dangerous world. 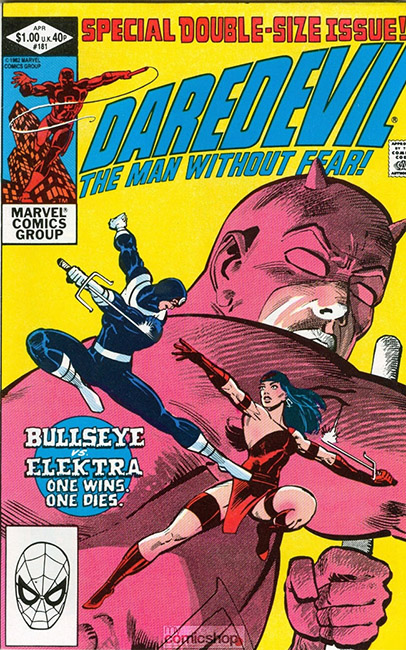 I was stunned by the R-rated violence on display in a Comics Code-approved book.

The spurting dark blood was not the stuff of supermarket comics.

Marvel Studios wants to adapt it on their new Daredevil.

Marvel Studios has the patience to let it gradually unfold like a novel in chapters.

Disney Plus has had their WandaVision.

In the future it could be Miller Time.