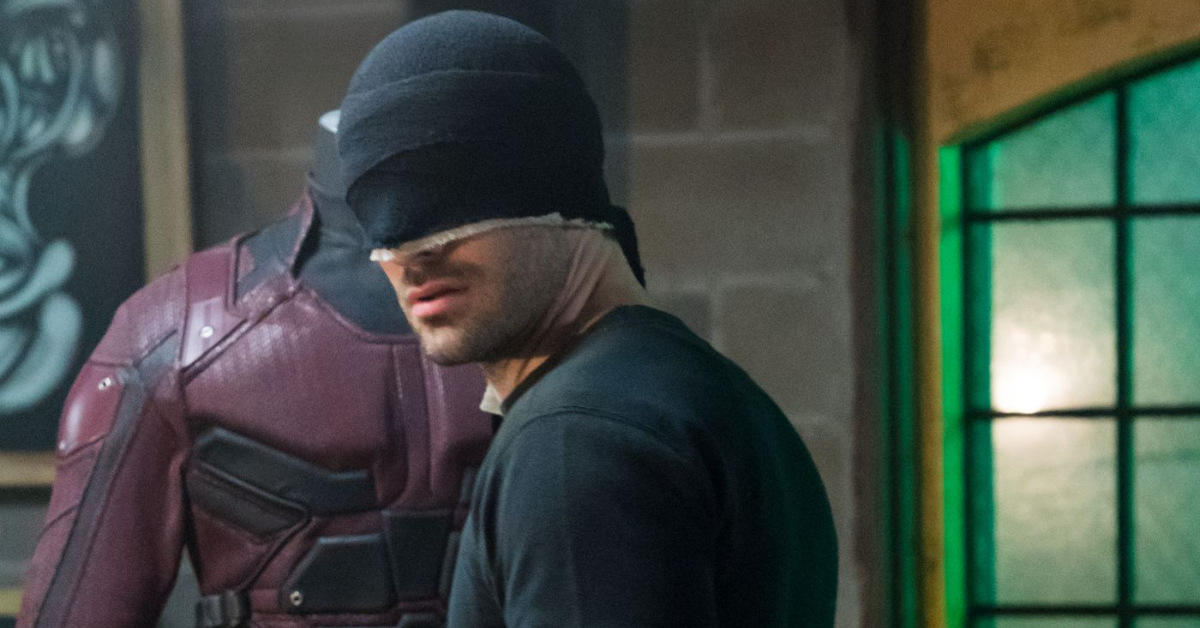 Charlie Cox‘ Daredevil comes to Disney Plus’ She Hulk: Attorney At Law donning a new suit for his MCU debut. Yes, those last three seconds in the She-Hulk trailer may be those of the most replayed, paused-by-the-second parts. Sources also tell us that won’t be his only outfit. Rather, this is an earlier design.

We can’t help but check out the difference of the design from that of his previous Netflix series. Charlie Cox wore the Netflix suit for more than three years.

There are notable changes from that to the upcoming series, let alone from the Daredevil movie starring Ben Affleck.

First off, let me just say that Tatiana Maslany’s She-Hulk is already awesome. Bringing in Charlie Cox’ Man Without Fear is just adding fuel to the fire. Everyone is now doubly, exponentially excited to see the newest MCU Disney Plus series. It’s been years since Alley McBeal and this does remind me of that as well.

Charlie Cox’ Daredevil To Have Multiple Costumes In MCU 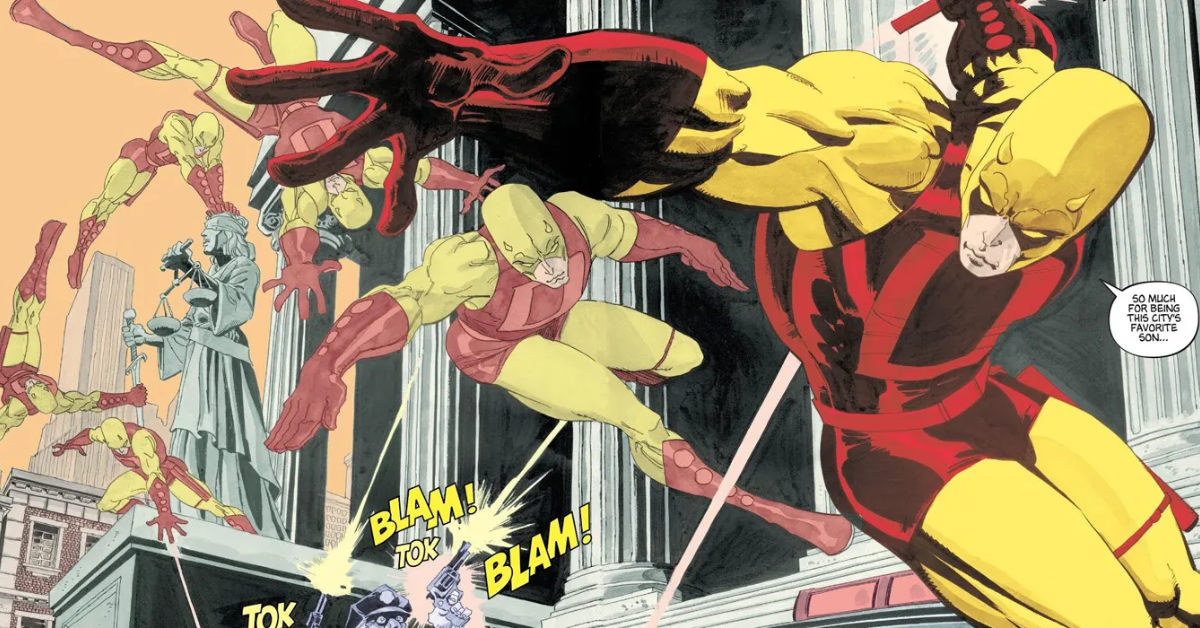 Second, what is happening to the new suit? Clearly it looks more sturdy and can withstand punches. Sure, it isn’t a Beskar mesh of a shirt, that’s for a different universe. But it does look more durable. The color, the headgear and the batons. While it’s still predominantly red, it has yellow.

But before we all say that doesn’t actually help him become inconspicuous at night, it’s actually paying homage to the comic character’s original design. With the horns to boot. Though, it also makes me wonder. They did show that the animated Spider-Man: Freshman Year series has him wear black and red. Why didn’t they use that instead and then the red and yellow for the animation?

One answer rises above all: Daredevil’s first appearance in April 1964. The legendary Stan Lee created the character for Marvel Comics with Bill Everett’s art. In Daredevil No. 1, he is a respected lawyer by day and the Devil of Hell’s Kitchen by night. He wields a cane that encases a grappling hook and cable for his nightly patrol through the city’s buildings. The cover answers it all. He wore red and yellow and the elements matched the features of the new upcoming suit.

In the Netflix series, his cane as Murdock collapses into nunchuks. Retractable and extendable chain also helps him during combat. Perhaps these will be similar to the ones shown in the She-Hulk trailer.

Charlie Cox’ Daredevil To Have Multiple Costumes In MCU 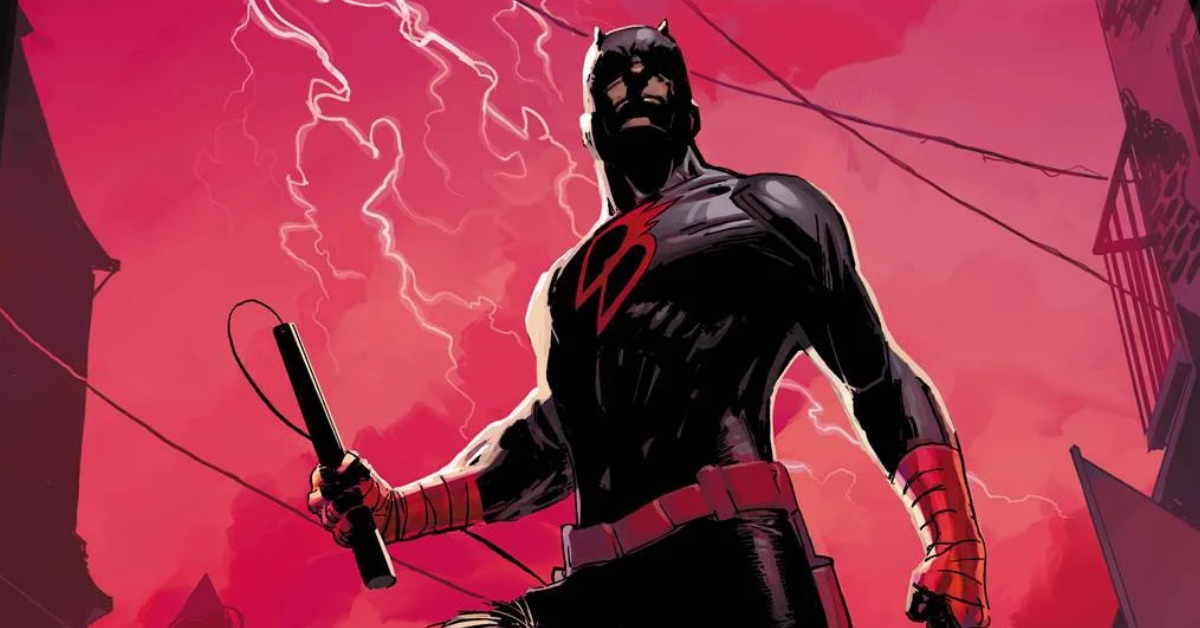 The suit will also change after She-Hulk. I do think the transition only symbolized “first appearance.” Then he will get his own style for his own series. Anyway, the yellow and red in his upcoming suit doesn’t immediately interpret as a loud, immediately noticeable color. The colors are more earth-tone and battle-worn, like it got roughed up down a hill and he forgot to dust himself off. It really looks like it needs a bit of washing, too.

Judging from the look, Daredevil has been around the neighborhood for quite a while now. In his development in the Marvel Netflix series, it took several episodes, heck, the whole first season before he got his suit. Of course, that development is reserved for his own super-sized 18-episode series in 2024.

What specific case would bring him to reach out to Jennifer Walters? Or are they trying to catch a bad guy together? Considering that She-Hulk is in her new best-friend-spandex number when he tumbled into frame, it’s right after an action-filled scene.