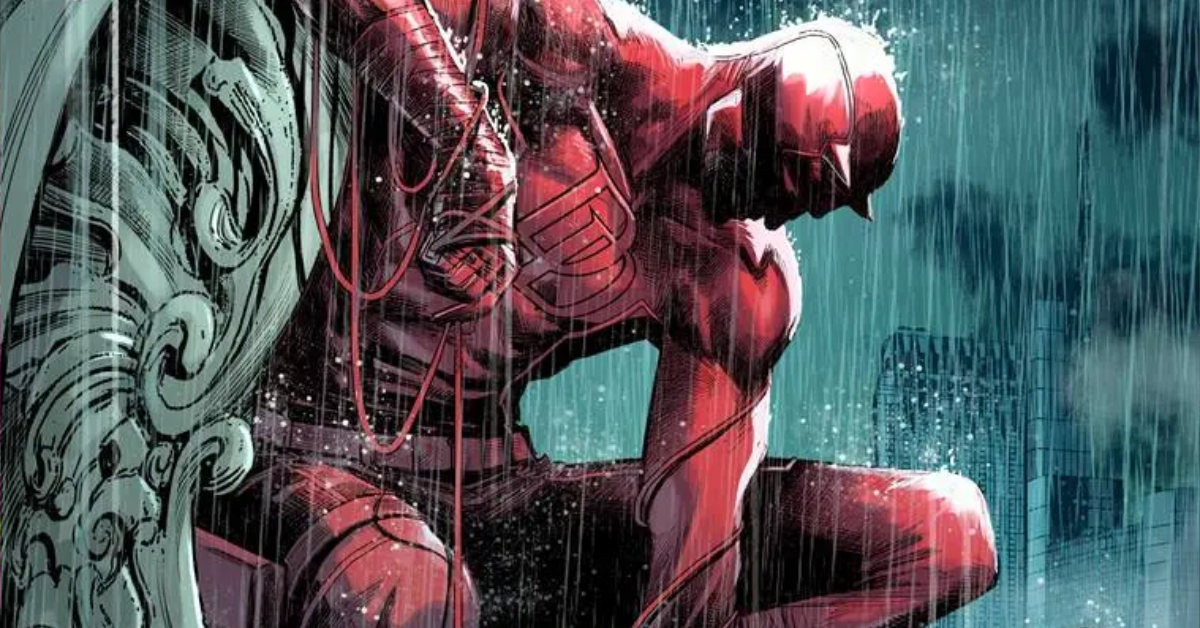 Disney Plus’ She-Hulk: Attorney at Law will deliver a comic-accurate Daredevil for Charlie Cox. At least, that’s according to showrunner Jessica Gao.

The reintroduction of Daredevil was a major moment for us who have watched the Netflix show. It was the best show out of all the productions under Netflix, and it was the only one with a comic-accurate suit, too. Well, close enough. They still left out the double Ds on his chest.

Certainly, Jessica Jones (Krysten Ritter) looked like her comic-book counterpart. Then again, she doesn’t really wear a costume. Charlie Cox returning to the role of Matthew Murdock was incredible to see in Spider-Man: No Way Home. Although we would have wanted to see Charlie Cox as Daredevil, at least him showing talking with Peter Parker (Tom Holland) is a good sign. We enjoyed seeing Murdock as Parker’s lawyer. We love the fact that we got a good Daredevil in the MCU.

Now, we know Daredevil is in She-Hulk. We’ve been waiting for this. Two superhero lawyers together or clashing with each other. Not only that, Marvel Studios even went for the original colors of Daredevil, which were red and yellow. I mean, if we are going to do comics accurately, why not. I’m not sure how long this red and yellow color will last, but let’s see.

Charlie Cox’ Daredevil To Be Comic Accurate On She-Hulk 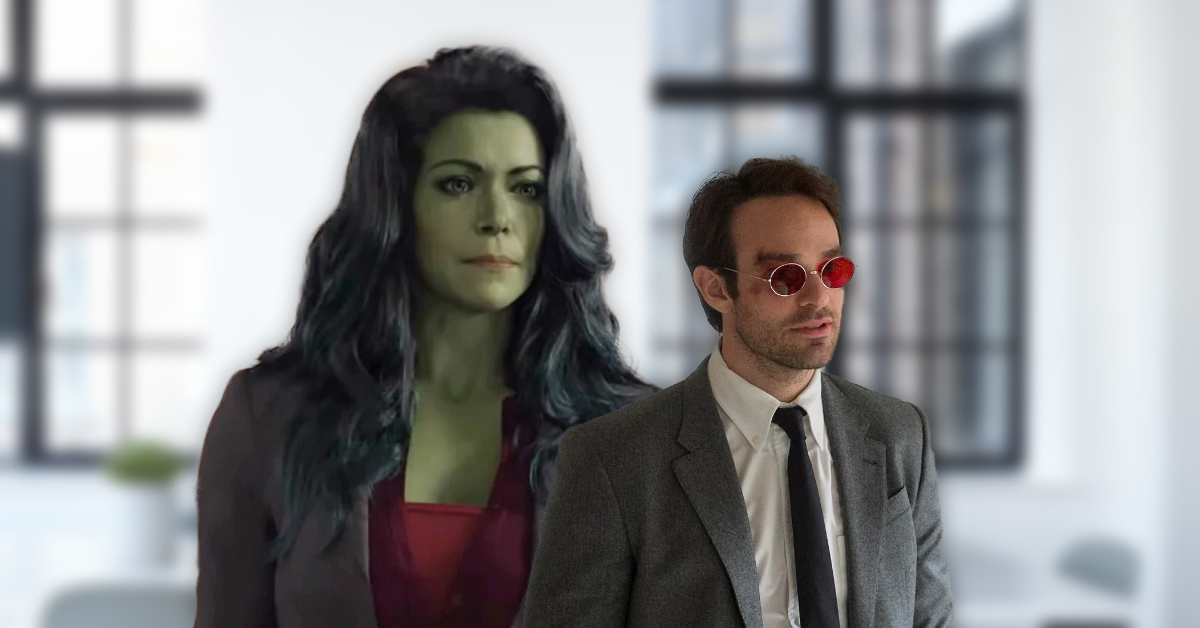 In an interview with Collider, Gao expressed her interest in using the character in the show. Although at first they thought that they couldn’t use Daredevil. Which is understandable. For a time, no one really knew if Marvel Studios would use Daredevil. Nor did the developers of the show know if Marvel Studios will retain Cox or get a new actor completely. But when the doors were opened to use the Daredevil, they did everything they could to use him on She-Hulk. Not only that, they were ecstatic when they learned that Cox is back. Gao said:

Daredevil was a special case. Most of the time, what we do is mine the movies and the comics, and we pick a character we wanna use, then we think of what the best and funniest way is for us to use them, and then we ask Marvel if we can have them. But Daredevil was a dream that we dared not dream. We were like, ‘Oh, there’s no way. That’s not even on the table.’ It never even crossed our minds. And then, we got wind, one day, that not only was he on the table, but Charlie Cox would be coming back as Daredevil, so we immediately started thinking of ways to incorporate him into our show. If we only had a snowball’s chance in hell of getting him on our show, it was still a chance, and we were gonna take it.

Cox really enjoyed being Daredevil/Murdock. He was so used to playing Murdock that he even lost an audition for Han Solo. All because he was so used to not looking at the camera or other actors. It just shows you how dedicated he was to playing the role. Gao said about Cox:

He has such reverence and love for that character. It’s clear that the character meant so much to him, but he also came very game to play around.

Charlie Cox’ Daredevil To Be Comic Accurate On She-Hulk 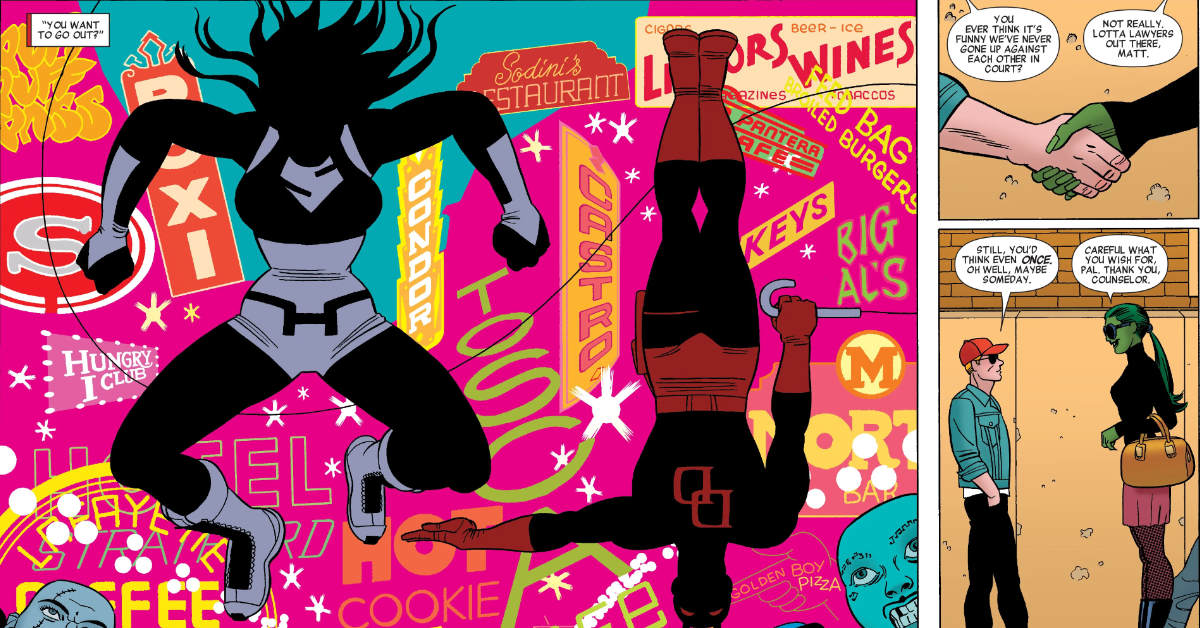 And because the show is a legal comedy, it would be interesting to see Murdock and Jennifer Walters together as lawyers. She-Hulk is focused on comedy, similar to the comics. Always breaking the fourth wall. While in contrast, Daredevil is quite serious. It’s wonderful to see that Cox was into making things more fun with their dynamic. Gao added:

He was totally up for more funny banter and having this fun dynamic with Jen and She-Hulk. It really feels like the character from the comics. It was so fun because he really does fit into the show so perfectly. They’re both lawyers, and they’re both superheroes. Who else can say that they have that in common? It was just very fun thinking about what their dynamics would be, based on the personalities of these two characters.

Gao assures MCU fans that Cox’s dedication to the original Marvel comic will maintain consistency to the Devil of Hell’s Kitchen while showing off his lighter side.

In other words, She-Hulk will treat Daredevil with respect.