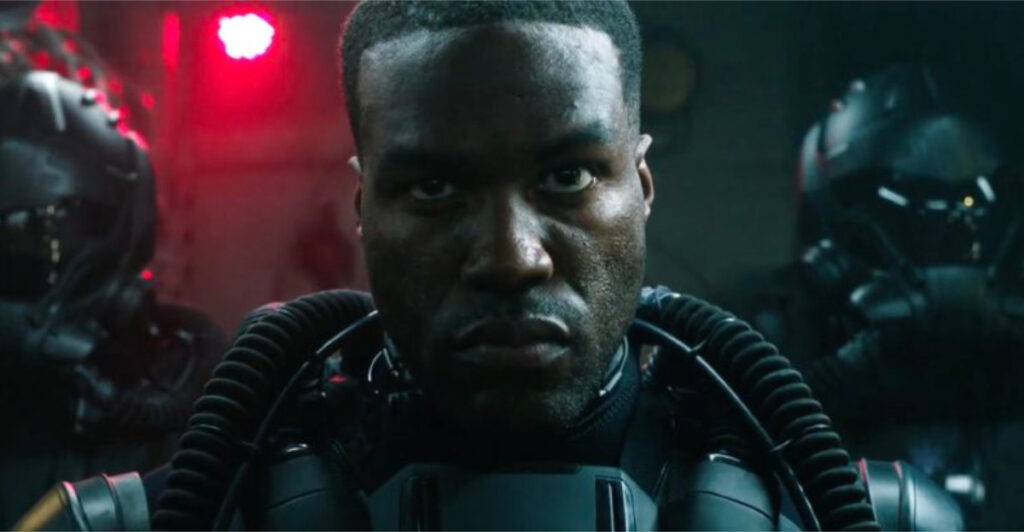 The Aquaman sequel will have a full dose of Black Manta. Yahya Abdul-Mateen II has been rising fast as an A-list actor in Hollywood.

Other than in the Aquaman movies, he’s also in the Candyman remake, and the upcoming Matrix sequel.

In addition, he appeared in Black Mirror, Season Five, in the “Striking Vipers” episode.

But it was incredible to see him as a version of Doctor Manhattan in the Watchmen series on HBO Max.

Fans praised Abdul-Mateen II for his performance as David Kane, also known as Black Manta, in the first Aquaman film.

Nevertheless, it did feel he wasn’t able to stretch his acting abilities in it.

After all, the movie was really focused on building up Jason Momoa’s Arthur Curry.

Black Manta was held back because Curry was distracted with accepting his role as the next king of Atlantis.

That’ll change in the second film, Aquaman and the Lost Kingdom. 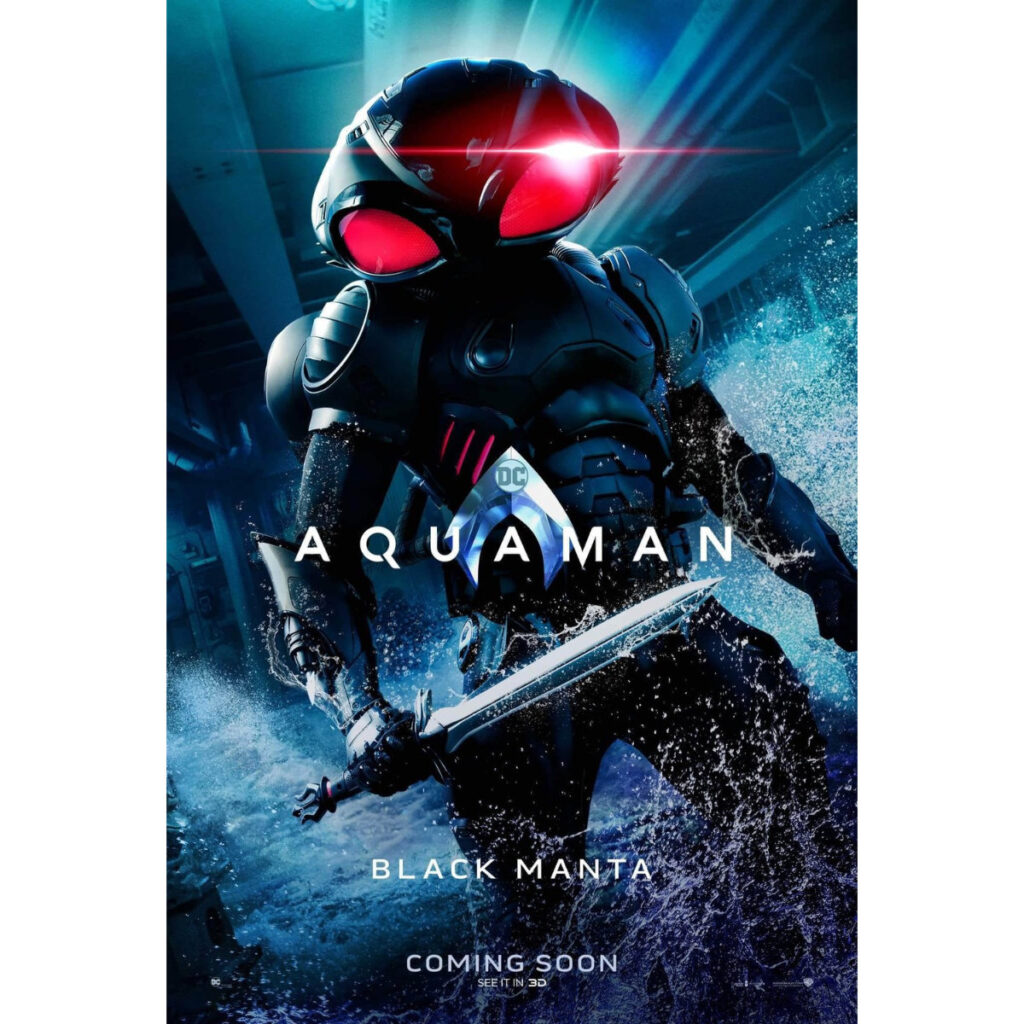 They introduced the villain in Aquaman No. 35 in September 1967.

His name is known to be David Hyde, but was changed in the DCEU movie as David Kane.

In an interview at The Hollywood Reporter, Abdul-Mateen II explained that:

The bad guy is always more interesting to explore.

Because the first film threw the net over Curry, there wasn’t space to flesh out Black Manta.

They presented Black Manta, a formidable opponent, as a typical villain that is out for revenge towards Aquaman for the death of his father.

Abdul-Mateen II is not wrong with having bad guys being interesting.

Remember in the Michael Keaton Batman movies, villains were central to the story.

Moreover, they nearly sidelined the lead.

Now Aquaman has been established, we do want to know more about Black Manta.

I think the script is better than it was in the first one. It gives the actors a lot of good storytelling moments.

The story of Aquaman and the Lost Kingdom is written by David Leslie Johnson-McGoldrick and Momoa.

Johnson-McGoldrick was involved in the first Aquaman movie only as a screenwriter, but the story was written by director James Wan, DC veteran Geoff Johns, and Will Beall. 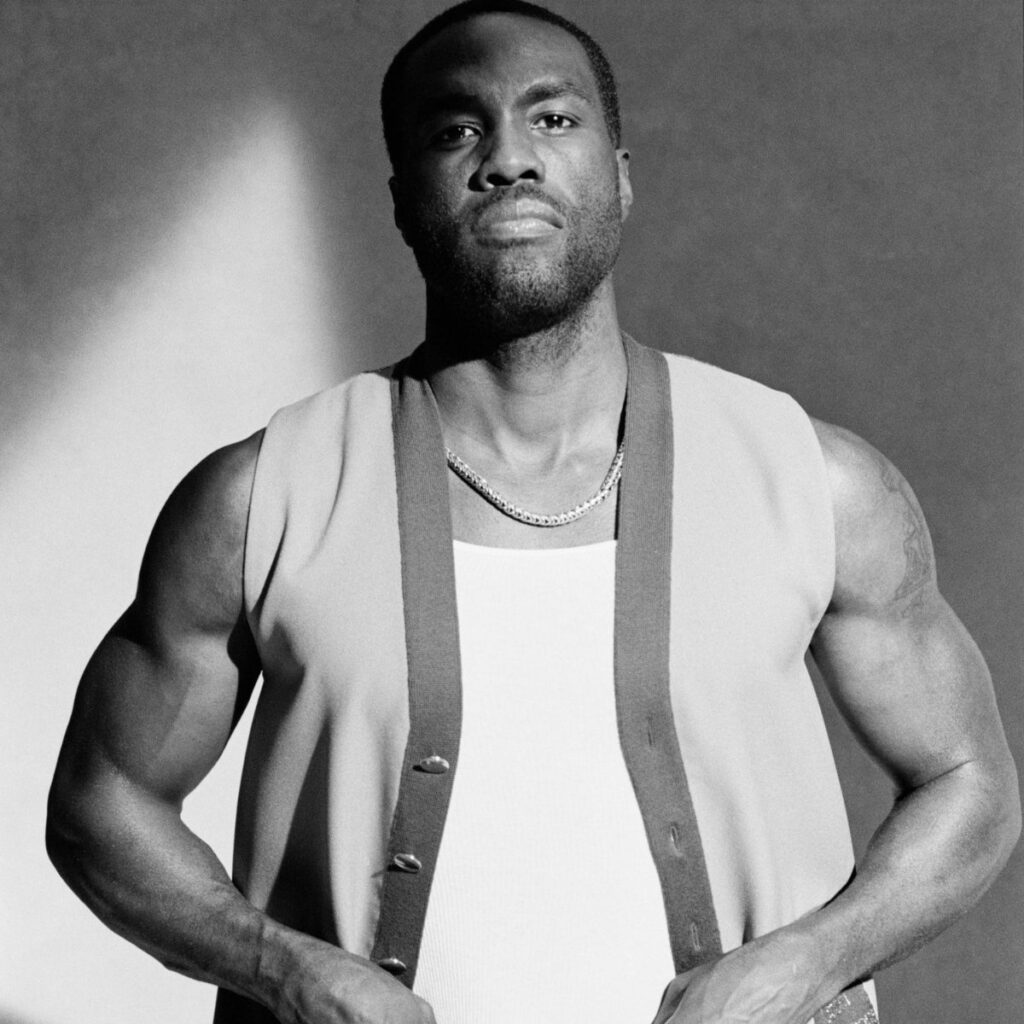 Since the first movie already established who Arthur Curry was, the sequel can give more life to Black Manta.

Maybe it will explain further why getting into piracy was a father and son business?

In Aquaman, we just got a small introduction to Black Manta and to some of his motivations. In this one, I get to exercise and breathe a little bit more. I’m showing some different colors with this one.

In Aquaman, it just felt like he was just a villain.

It would be interesting to see the human side to him.

But, in the comics, his character is a bit one-sided for the reason that he was always driven with revenge and his thirst for power.

One version of Black Manta was focused on being a slave during his younger years and eventually swore vengeance against Aquaman for not saving his life.

There was even a version of him that was imprisoned in Gotham’s Arkham Asylum.

Since the DCEU gave him a different origin, I do hope that they show more of him and give more time to establish who he is and what makes him that way.

Aquaman and the Lost Kingdom is scheduled to be released on December 16, 2021.

Related: Jason Momoa’s Aquaman And Amber Heard As Mera Get Serious In Sequel